Following our previous article, we continue to highlight cards that we believe could be impactful in the upcoming expansion. Remember that since the entire set has yet to be revealed, our word is certainly not final. Cards are hard to judge in a vacuum without the context of their surrounding cards. A great example is Desert Hare, which was entirely irrelevant until Evolve was unexpectedly brought back into Standard format. We plan to publish a comprehensive card preview in the upcoming weekend, going over every card in the set in more detail, taking every possible interaction into account, and ranking the classes based on their speculated power level. Look forward to it!

Plenty of the cards that have been released carry interesting potential, but some of them are harder to gauge without knowing what kind of shell we can surrounded them with. 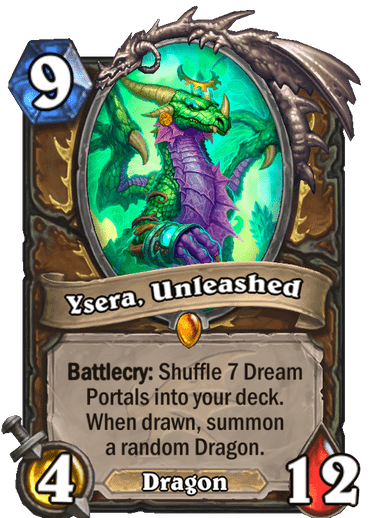 Ysera is a good example. On the surface, she seems like a strong late game card for a Dragon Druid deck that runs a lot of card draw. For that reason, she has unquestionable synergy with Overflow and Breath of Dreams. We could also see Ysera included in Quest Druid, as an alternative to King Phaoris or Chef Nomi, because she’s a pretty powerful target for Flobbidinous Floop. Ysera’s issue is that she’s slow and doesn’t offer any protection or immediate impact on the opponent’s board on the turn she’s played. Unlike Phaoris and Nomi, she’s also not an immediate threat. 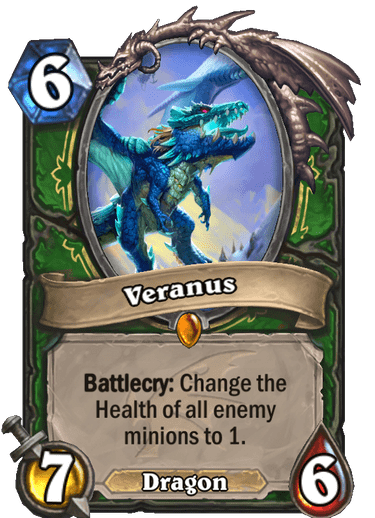 Veranus looks like an amazing card. A 6 mana 7/6 that casts Equality on the opponent’s board seems strong. However, there are two issues that keep us somewhat reserved regarding its potential. The first is that it’s hard to combo it with removal. The ideal scenario is having Desert Spear equipped when Veranus is played, allowing us to pick off 2 targets for no additional mana spent, but any other combo requires more mana and comes online too late. The second is that it’s not a beast, and that means it interferes with Master’s Call. We need to see more incentives to give up on Master’s Call to endorse this card, and while it could be played in Highlander Hunter, the deck may struggle to capitalize on its battlecry. 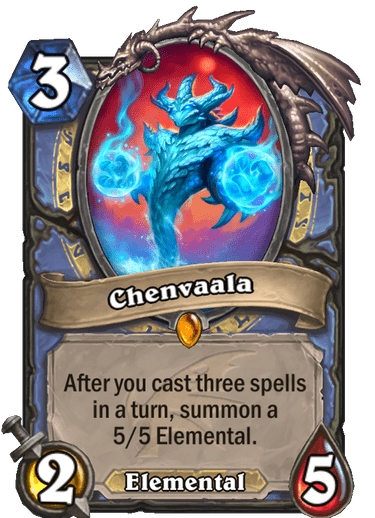 Chevaala is the perfect fit for Cyclone Mage. It has a resilient body that’s hard to kill on turn 3, and it has game-winning potential with Sorcerer’s Apprentice. The problem is that Cyclone Mage has been a terrible deck throughout this expansion, and it needs more than a 1-of legendary to make a comeback. That’s why we cannot have a verdict on this card just yet. 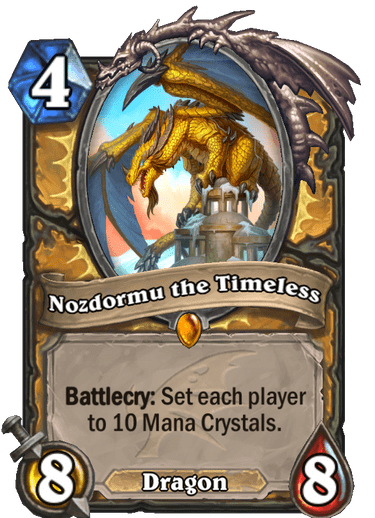 Many players consider this card to be a meme, but we think it has a lot of potential. Thanks to Call to Adventure, we can have Nozdormu drawn by turn 4 very consistently, provided we build the deck similarly to the current Big/Duel Paladin which is sporadically seen today. Paladin has quite a few stalling and stabilization tools that should work well with Nozdormu, but it probably needs a few more. 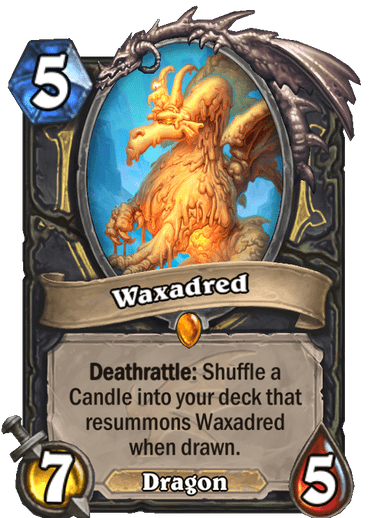 This card can either be the building block of a very powerful late game strategy, or a total meme. The answer will be determined by whether Rogue can successfully strike a balance between copying, shuffling and drawing Waxadred while maintaining survivability. There are a few cards already revealed that could support this card. 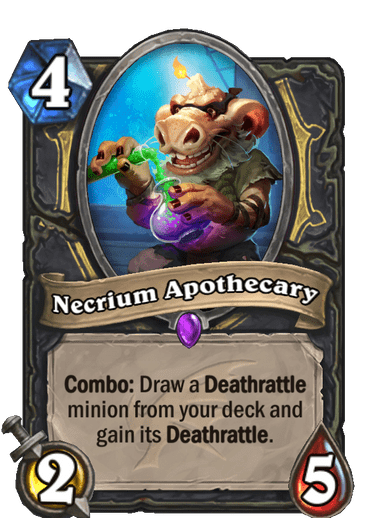 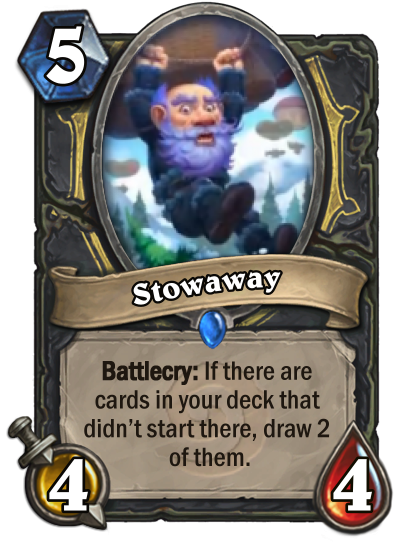 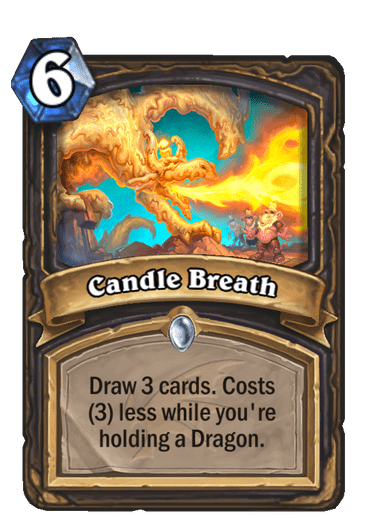 Stowaway could be a game changer for Rogue archetypes that rely on shuffling cards into their deck. But in Valeera’s dream world, she gets another dragon with an impactful deathrattle to make these cards look extra spicy. 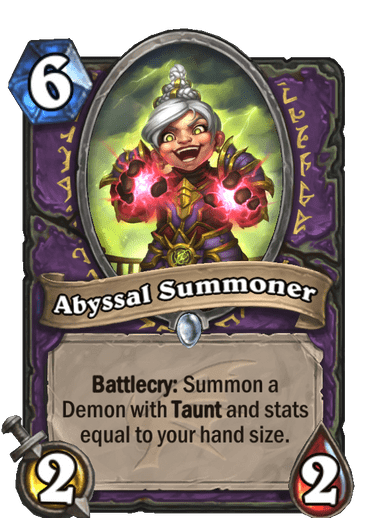 This card’s success largely depends on whether the other tools Handlock has been given can carry the archetype through, but Abyssal Summoner is a perfect fit. The fact that the demon summoned has taunt is a very big deal. This means that Abyssal Summoner is strong both offensively and defensively. If Handlock ends up panning out, this card could be stronger than Spiteful Summoner in its role. 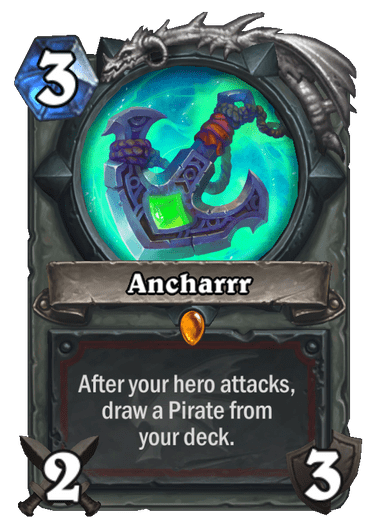 This card is nuts. A 6-damage weapon that draws 3 cards for 3 mana cannot be underestimated. This is basically the Warrior’s version of Raiding Party. Ancharr should work extremely well with the Dread Corsair/Southsea Deckhand pirate package that has given Rogue so much success in the past. But the big question is, is there a deck in Standard format that we can fit this package into? With so much of Warrior’s set remaining a mystery, we’ll know in a few days. 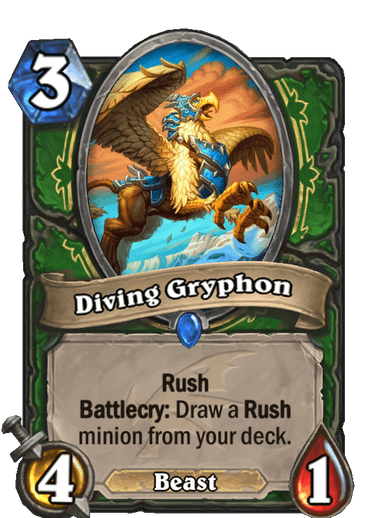 This card is just a very powerful removal option for 3 mana. It deals as much damage as a Shadow Bolt, but draws a card (another removal card, in fact) on top of it. There is no way any Hunter deck actively passes on this card, and most of them should find a way to accommodate it into their decks. 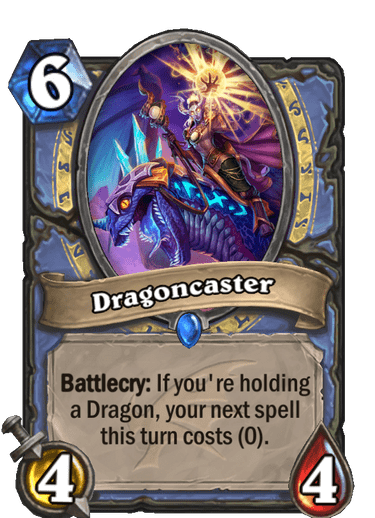 A much better Inkmaster Solia, this card should cement Mage as a class that will make it a point to run the dragon tribe in any of its decks. It is very comparable to pre-nerf Spiteful Summoner in the context of Power of Creation and is much stronger than Naga Sand Witch for the purposes it serves today. 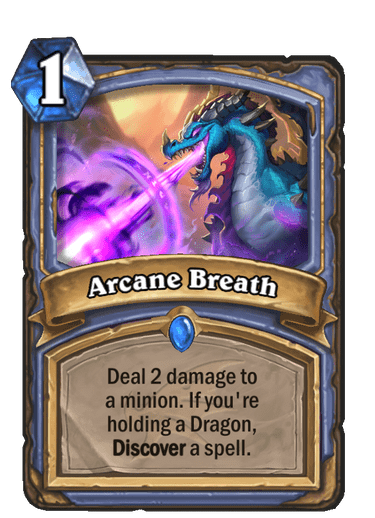 Not convinced you should run dragons in Mage? How about a 1-mana spell that’s worth two different spells at double its cost? Killing an early game minion while gaining card advantage for the mere cost of 1 is just good. 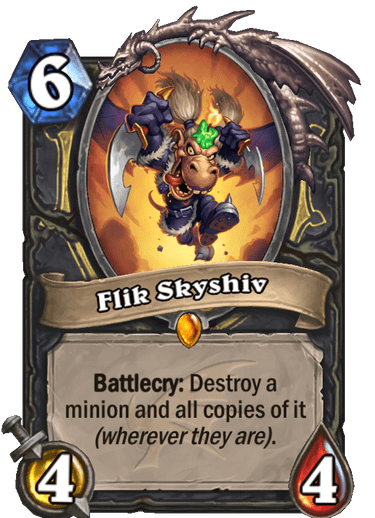 This card might be as strong as Vilespine Slayer, which was one of the strongest Rogue cards ever. There are situations where it’s worse (turn 4 coin), and there are situations where it’s better (doesn’t need combo activation). It is a specific blow to Malfurion, which should see Flik as its worst nightmare. Rogue will now have an incredible answer to one of its biggest counters in Oasis Surger, and Flik has combo disruption implications as well. It will kill a Floop in hand if it’s transformed into the assassination target. 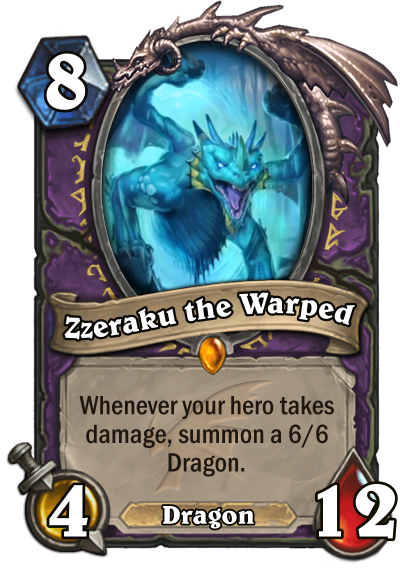 This card may initially look harmless, until you read its text again and realize it also activates on your opponent’s turn. This means that unless your opponent can literally kill you on the turn Zzeraku is played, he almost has taunt. In faster matchups, Zzeraku can basically lock opponents out of the game by forcing them to sink all their damage into him, because hitting face carries such tremendous blowback. Don’t sleep on this one. 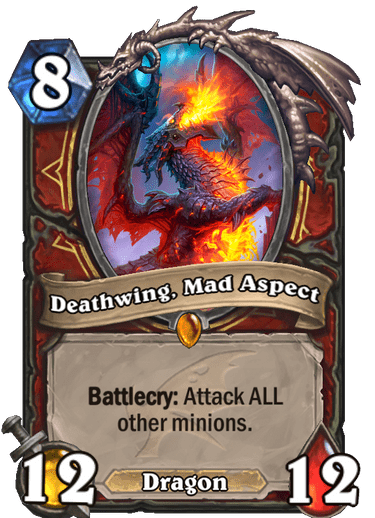 This card offers single target removal, AOE and a very big threat. The versatility offered by Deathwing, and its sheer power in many situations, lead us to believe it will likely see plenty of play in any Warrior deck that is interested in removal. On top of that, it’s a dragon, which carries a lot of weight in this expansion. 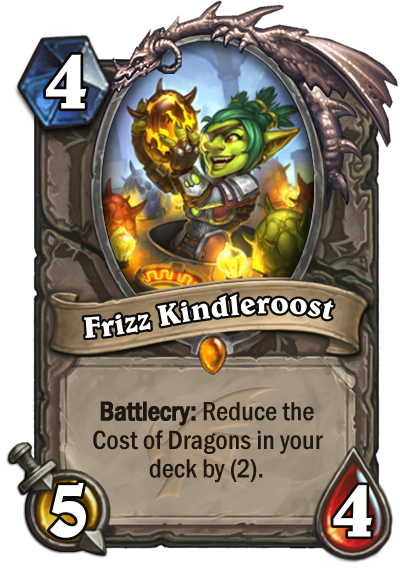 In one of the strongest sets we’ve ever seen, Frizz might be one of its strongest cards. If you happen to still doubt whether dragons will be a strong tribe in the upcoming meta, Frizz should remove all doubt. This card is dangerous for many reasons we may delve into once we see the entire set. At nearly no stat penalty, its effect is game winning. Every dragon has to be evaluated in the context of Frizz’ availability now, and no dragon deck should queue into ladder without him on December 10th. For now, Frizz is our top choice of “most complained about card” in Descent of Dragons. We still can’t believe its effect is unconditional, because including it in your deck carries such a low risk.