Frequent readers of the Data Reaper Report should know by now that an archetype’s strength in the meta is determined by two key factors: Win Rate and Prevalence. Neither of them is enough to evaluate how good a deck is.

Powerful decks will tend to be more popular. However, prevalence is often influenced by the perceived power of decks rather than their actual power, and sometimes there is a contradiction between them. Prevalence can also be determined by other factors that are not necessarily competitive (e.g., fun, cost of decks, speed of play). In addition, prevalence is not a good predictor of meta trends, but will usually be their end product.

A deck’s win rate is the most objective measure of its strength in the context of a meta and will often tell us whether it is likely to rise or decline in play. Powerful decks will tend to have higher win rates. However, win rate is also influenced by a deck’s popularity. As a deck gets more popular, it becomes the target for other strategies to beat. This meta-countering effect will tend to dampen a deck’s win rate. On the other hand, less popular decks tend to take advantage of a lack of hostility towards them, and sport a higher win rate than they would in “equilibrium.” Therefore, it is difficult to objectively compare two decks with a significant difference in prevalence and say which is “better”.

This is where the vS Meta Score comes in. It is a supplementary metric that measures each archetype’s relative standing in the meta, based on both win rate and prevalence, and in comparison to the theoretical “best deck”.

How is vS Meta Score calculated?

Example of a vS Meta Score plane in the first week of the K&C meta, at legend ranks (preliminary results): 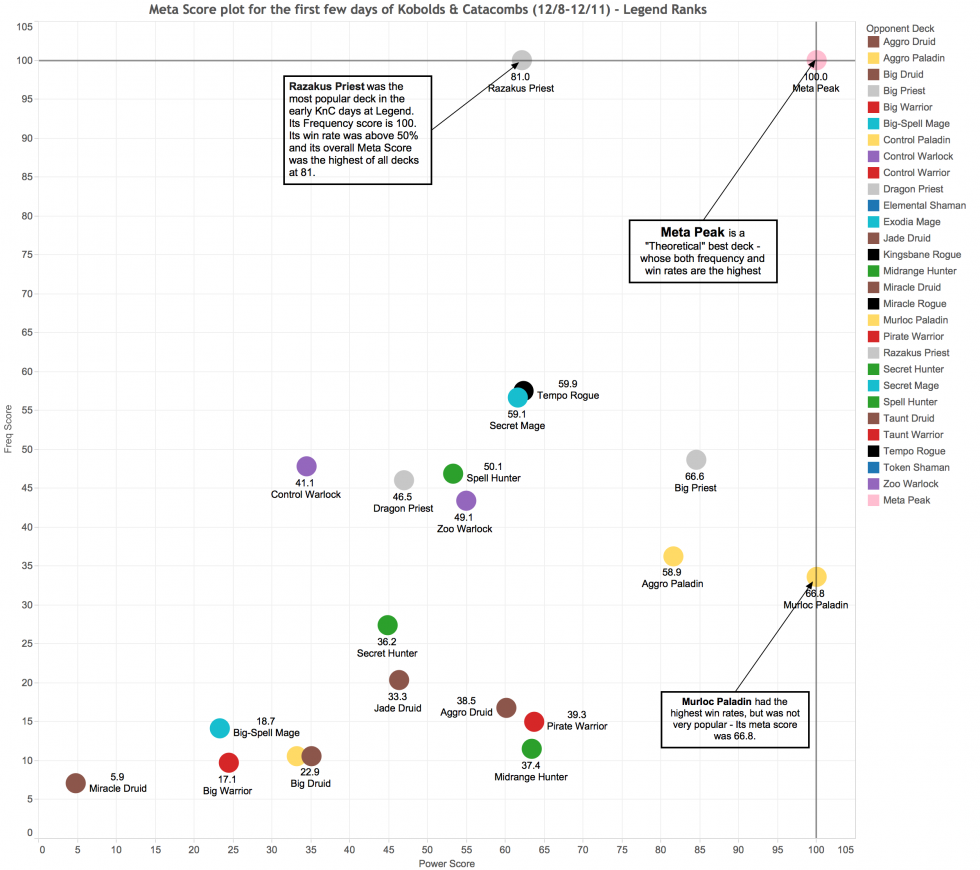 How does the vS Meta Score help us evaluate decks and the meta?

See you in the coming report this week!