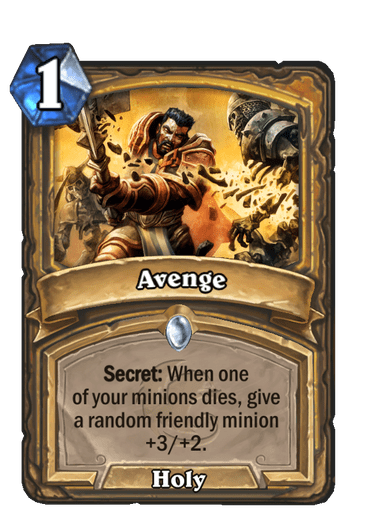 One of the most aggressive secrets Paladin has been given, Avenge was a very strong performer in Secret Paladin decks of the past. We don’t think secrets in any classes are going to be played as standalone cards, but Avenge’s presence in the core set makes it easier for such support to work. 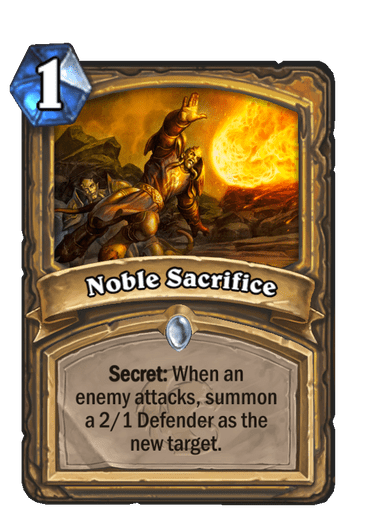 Avenge’s best friend, these two secrets tend to work well together, so while Noble Sac isn’t as good, it’s a more playable card alongside it. 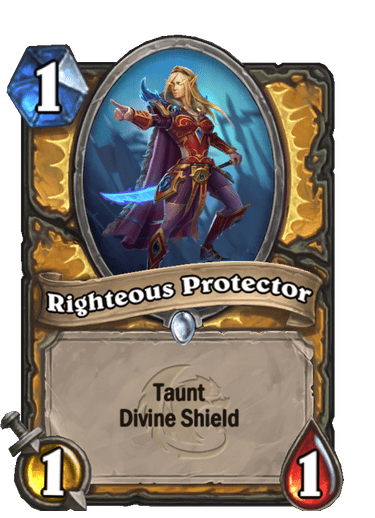 One of the best 1-drops in the history of Hearthstone, we’re a bit shocked that Righteous Protector made it into the core set. This card has been so strong for nearly every kind of Paladin deck and is likely to become a staple in future ones in the format. 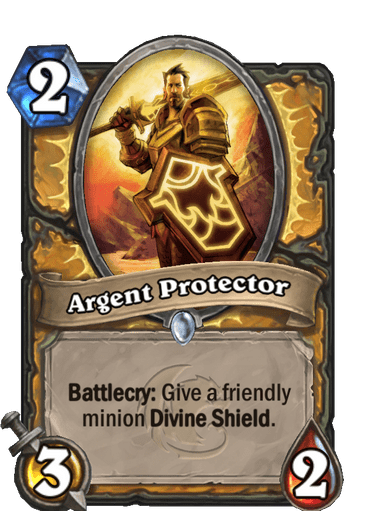 This card has hardly been played over the last 7 years, but the attack buff is quite significant and makes it far more likely to see play. Just ask Knife Juggler about the difference between a 2/2 and a 3/2. Aggressive Paladin decks are going to be interested. 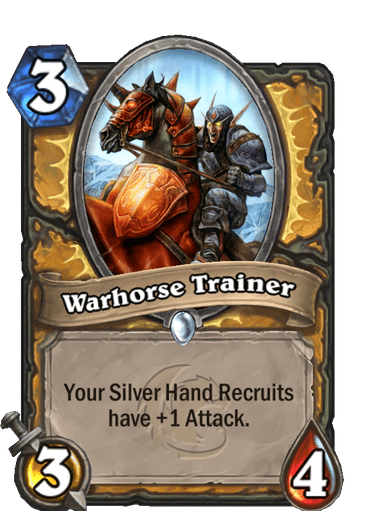 Decent card for a Dude Paladin deck. Still saw play in Wild in Odd Paladin, and now it’s getting a nice attack buff, so if a Silver Hand Recruit deck pops up in Standard once again, this card should be featured in it. 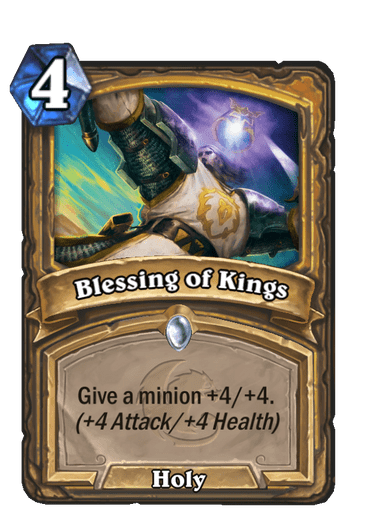 One of the most memorable buffs in Hearthstone, Blessing of Kings has seen a decent amount of play throughout the years. It always tends to get pushed out whenever better cards are available, so it’s a good choice for the core set. 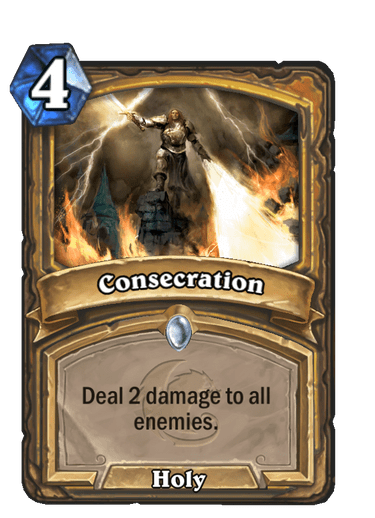 One of the best AOE cards in the classic set, Consecration is also receiving its Equality buddy back at a more reasonable cost. Considering its usage over the years and the fact that Wild Pyromancer, an important enabler of Paladin’s removal kit, is rotating away, it’s safe to say that Consecration will continue to be a worthwhile consideration. 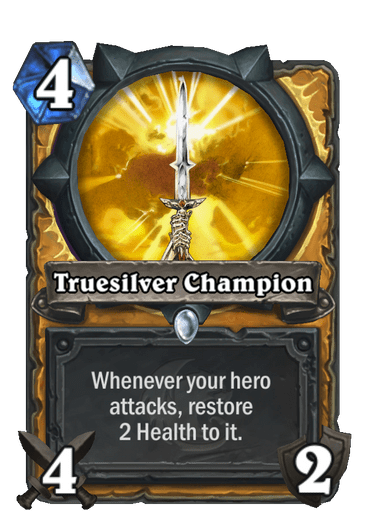 A card that used to be an almost constant presence in Paladin decks throughout history, the increased power level in the last couple of years has been pushing it out of constructed format. Its best usage now might be as a pure damage card in aggressive decks, rather than efficient removal. 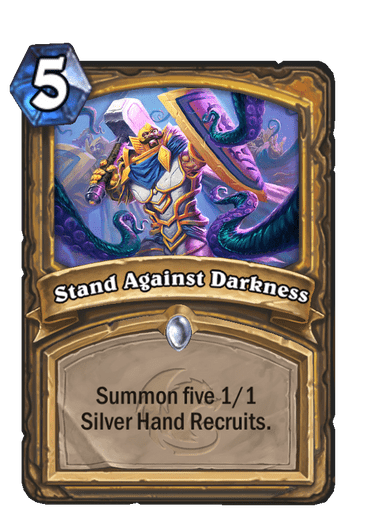 A Dude generator in the core set means that we don’t need as many future ones printed to help the archetype become viable in Standard. A good introduction to new players, and a decent enough card to see play in this archetype. 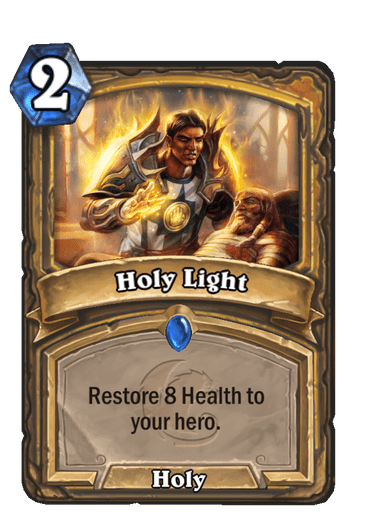 Cards that strictly heal without doing anything else usually don’t see play, unless their healing potential is massive (Such as Witch’s Brew or Forbidden Healing). This card received a small nudge, but not one that makes us ever want to play it. 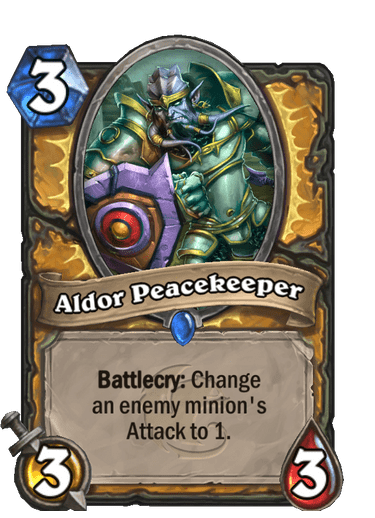 This card used to be played quite a bit, but soft removal is outdated in constructed considering that the format is filled with powerful static effects rather than just pure stats. Simply doesn’t do enough anymore. 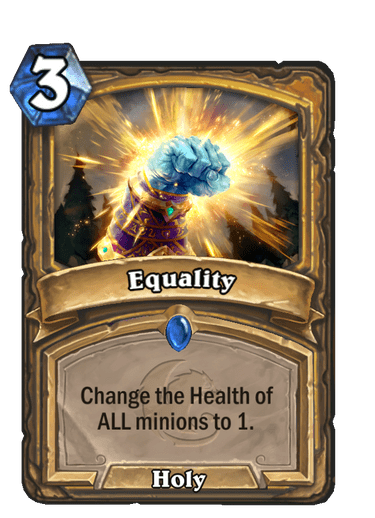 The initial nerf of Equality to 4 mana was very harsh and felt like a reaction to Odd Paladin’s presence in the format rather than a calculated change. At 3 mana, Equality is far more reasonable, yet still comfortably outclassed by a card such as Libram of Justice. It will also be missing its favorite partner over the years in Wild Pyromancer. A decent removal option in the core set, but not a great one. 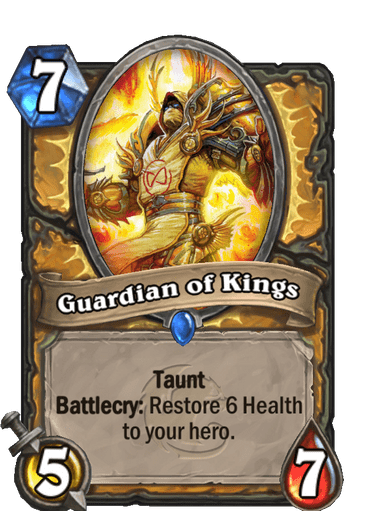 This card received quite a buff. With one extra health and taunt, it offers far more protection than it did before. Still, the card used to be so pathetically weak that even this kind of buff is not enough to make it a consideration in constructed decks, though it’s far less embarrassing. 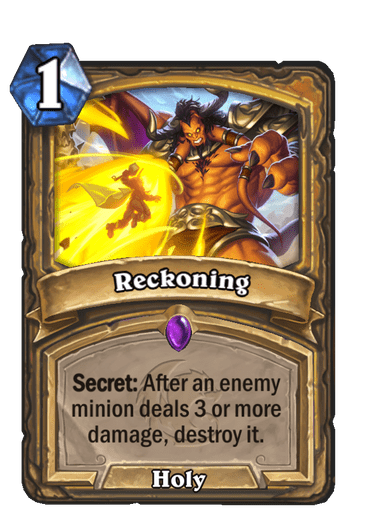 This is an intriguing secret that provides a Secret Paladin deck with some indirect removal. What we like about it the most is that it’s a bit difficult to play around, since a low-value minion can’t proc it. This doesn’t just kill a minion with 3 attack if it hits your face. Reckoning also works for all static effects, including triggers such as Wild Pyromancer or Spawn of Shadows. 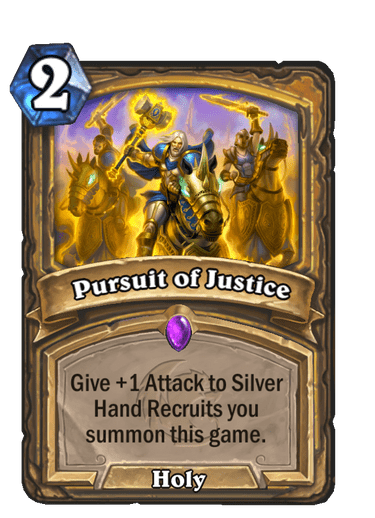 This card does not buff dudes that are already on the board but affects future ones you summon. This makes the card very slow. Playing two of these can put a lot of pressure on your opponent in the late game, but there will probably be better ways to do that. 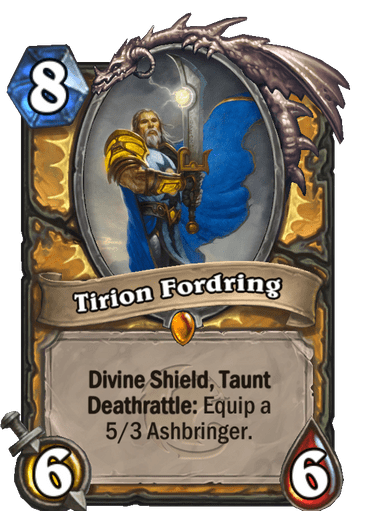 Tirion was one of the best legendary minions back in 2014, but the game has changed since then and it’s now a fringe late-game choice for Paladin decks. Its best usage is not in Control Paladin decks, but the more aggressive/midrange kind that can top the curve with Tirion and take full advantage of the weapon when going face. In 2021, it is fringe playable.

Paladin had nothing to lose, and everything to gain from the Core Set, and we think it won big. There isn’t a single, major card that was lost from the Classic set (which was generally pathetic), while it received big buffs across the board. Its secret package is dramatically better thanks to Avenge. Its early game is stronger thanks to Righteous and Argent Protector. Equality is back to being a playable card. It received a couple of cards that could serve as a decent foundation for a Dude Paladin deck. Suddenly, Paladin is in a very good position entering the Year of the Gryphon on the back of incredible Year of the Phoenix sets. All Paladin is missing is draw, which is crucial. If it gets some at Barrens, watch out.