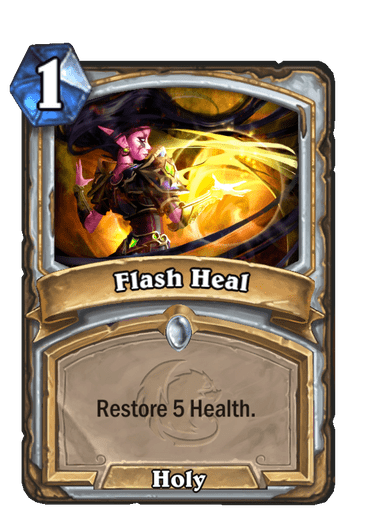 Good riddance to Radiance, as Flash Heal always felt like the card that should have been there instead. Priest should be able to have an efficient, cheap healing effect, and this fits the bill. Serviceable, but can’t be used as removal when paired with rotating veteran Auchenai Soulpriest. That was a solid combo back in the day. 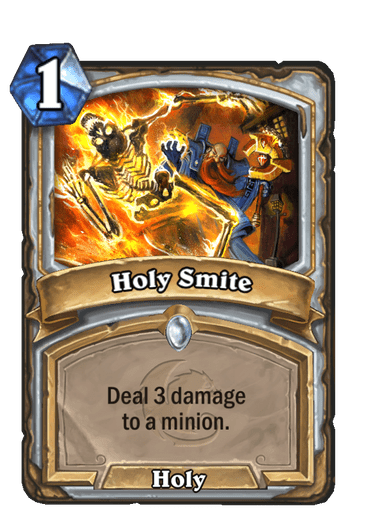 One of the best early game removal tools in the core set, and a card that Priest appreciated having over the last year. 3 damage for 1 mana is still going to be a very good deal going forward. We can’t see how defensive Priest decks are going to pass on it, especially with Veilweaver and Bloodweaver available for the next year. 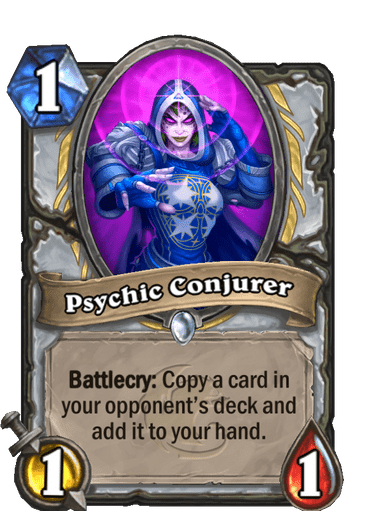 It’s a bit funny that Swashburglar is somewhat playable in Rogue, but this card is pretty much unplayable in Priest even though it should produce a better card on average. Rogue simply likes having value 1-drops since it is early-game focused. On the other hand, Priest needs a very good reason to focus on the early game, since its AOE effects, healing, and removal mean it can afford to fall behind. 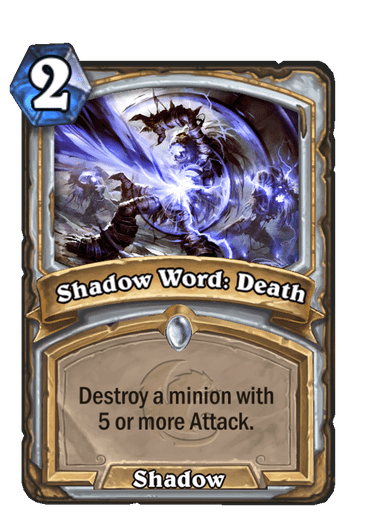 The buff to SW:D last year made it one of the strongest removal spells in the game, as the tempo gain from removing a big minion for just 2 mana was very punishing for the opponent. This card takes so much pressure off Priest decks in the late game and is a huge stabilizer in many different matchups. 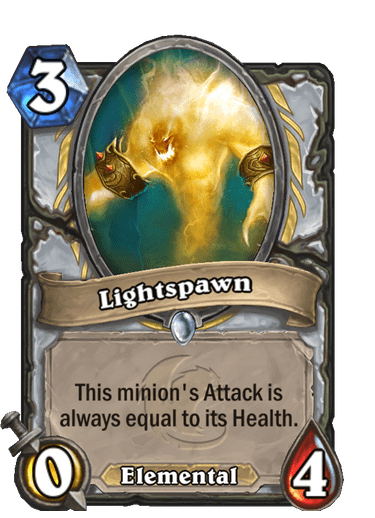 Making Lightspawn a turn faster makes it a slightly more playable card, but not one that we think is powerful enough for constructed. Playing a card on curve and “hoping it sticks” is almost never a winning strategy in Hearthstone, and it can be weak to value trades. 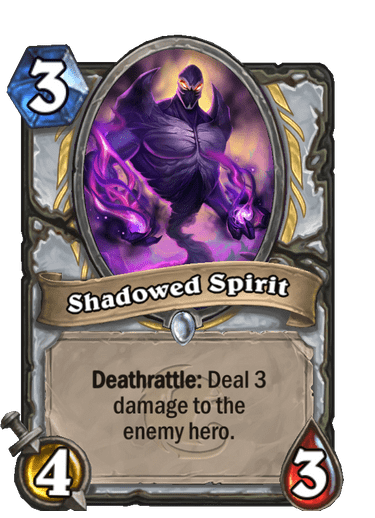 The kind of degenerate Priest deck that would be interested in running this 3-drop would be interesting to see, but we have doubts on whether it’s ever going to appear. This is not a good enough body, and the amount of damage potential that Priest needs to carry to make it prioritize such a deathrattle effect over better board control needs to be obscene. 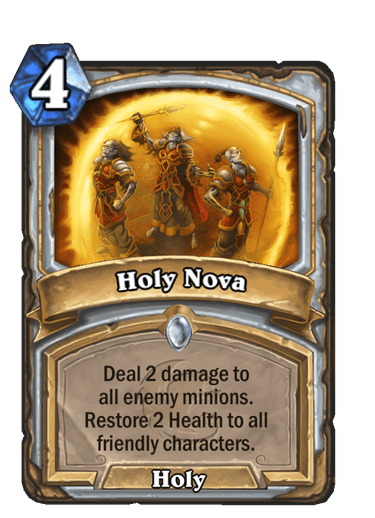 One of the strongest AOE’s in the core set, and while Priest doesn’t have Equality-esque effects like Paladin, its versatility in being able to heal friendly minions more than makes up for it. Holy Nova can still be pushed out of a deck if better AOE is given to the class through expansion sets, but this is a great starting tool. 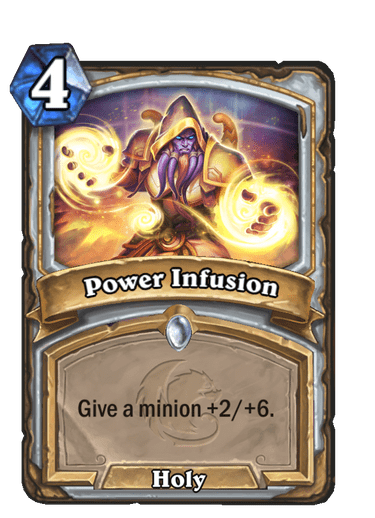 This buff simply doesn’t put enough immediate pressure on the opponent, and with Inner Fire gone, there is even less incentive to run it. If aggressive Priest decks are left to run this card, they’re in trouble. 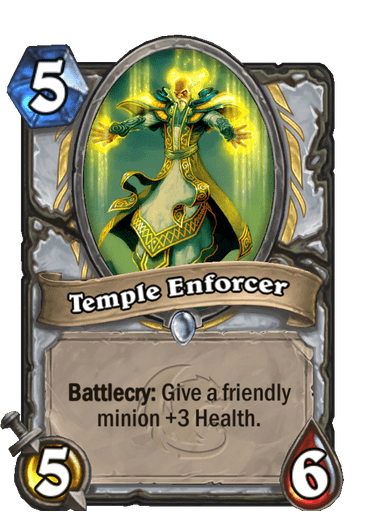 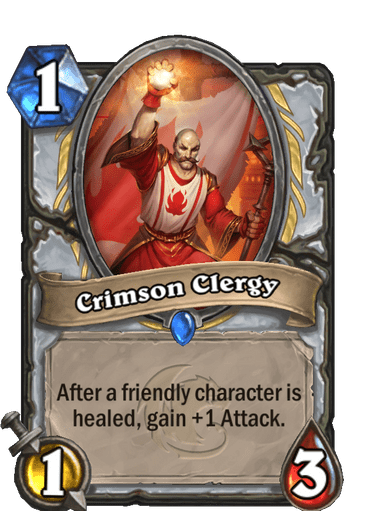 Clergy is essentially a reworked Lightwarden. It has one extra health, which is fantastic for its survivability and tradability, but its attack buff is only affected by friendly characters. With the loss of Circle of Healing, the blowout potential is also lessened. Still, this is a great card for any Priest that looks to fight for early board control and becomes quite scary with buffs. 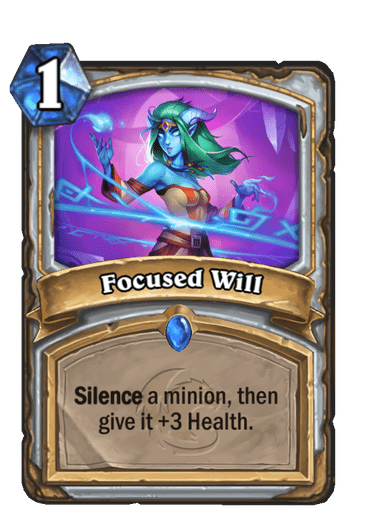 This is a strange card to have in the core set. As a silence effect on enemy minions, this is awful. As a health buff on friendly minions, this is inadequate. The only conclusion left is that this is a Silence Priest card, and that archetype has only been a viable deck in Un’Goro. We’ve got Humungous Razorleaf back, so perhaps this is the intention, but we’ve also lost Ancient Watcher. Peculiar. 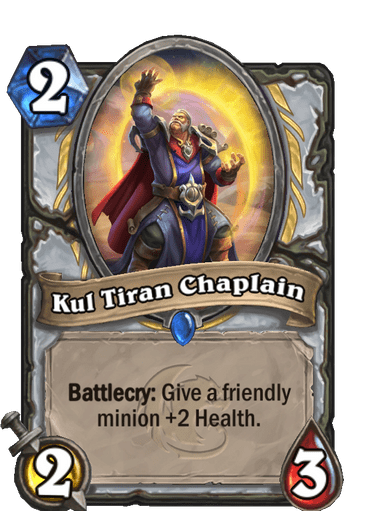 We can always imagine a board-centric Priest deck in our heads that snowballs in the early game through buffs, which is where Chaplain would fit. However, this is simply too fair of a strategy to succeed. If a “Tempo Priest” deck ever does succeed, it’s probably not going to have space for Chaplain.

Thrive in the Shadows 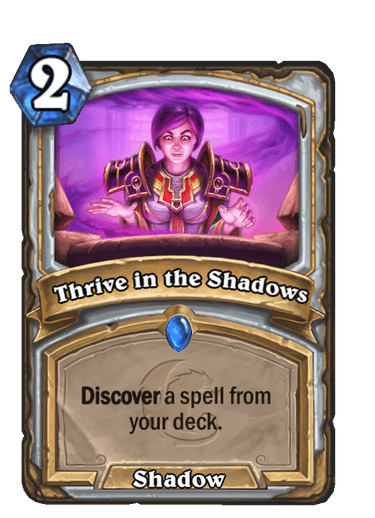 A slightly less obscene Shadow Visions in a world without Radiant Elementals seems fair enough to give Priest, but that doesn’t mean Priest decks are not going to gobble up this card on sight. This kind of effect is so precious to the class and paramount to its overall consistency that we can’t see it not getting played by different types of Priest decks going forward. 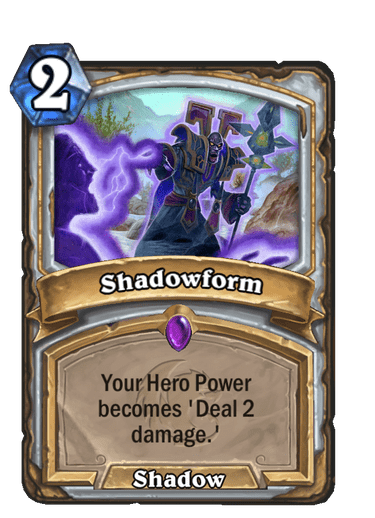 Team 5 has given many indications that they’re going to push a Shadow Priest deck over the next year, with Shadowform being one of this theoretical deck’s foundations. We’re slightly skeptical about the return of Shanduin, as even a 2-mana Shadowform doesn’t strike us as a game-ender. But there are plenty of ways to push hero powers to the point they become busted, so we’ll wait and see. 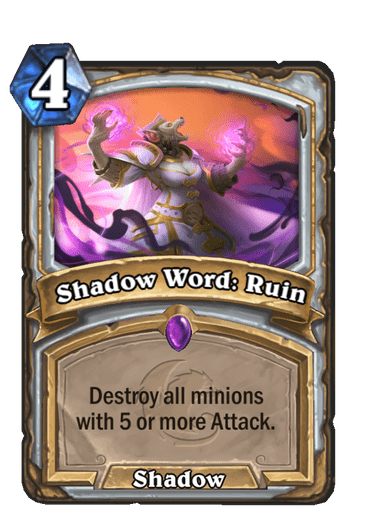 This card is highly meta-dependent but can be devastating if things do line up for it to be included, which makes it more of a tech card. Over the last year, it saw play in one meta that lasted about a week before things got nerfed. Perhaps, it’s a litmus test for a busted format (big things dropping in too fast for Priest’s slower AOE cards to be relevant). 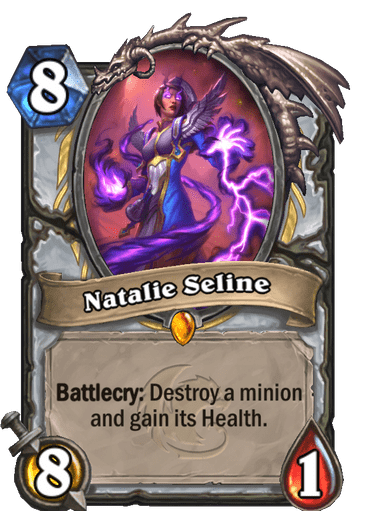 Imagine a world where Priest’s removal is so weak that it needs to spend 8 mana to kill a single minion. That’s probably a world where the class is buried in Tier 4 territory.

The followers of the light are looking good, and together with Paladin, Priest is also attempting to capitalize on the launch of the Core Set with strong foundational tools. Its most significant loss from the classic set might be Thoughtsteal, a card that isn’t even particularly strong and wouldn’t see play if the class were centered on a non-Highlander archetype through Darkmoon Faire.

Priest might have the best removal package in the set. Holy Smite is incredible early, while SW: Death is massive later in the game. Holy Nova is an excellent board clear with added utility. To make things even better for the class, it received Thrive in the Shadows, which is guaranteed to be a monumental buff to its overall consistency. Add Crimson Clergy, which boosts its early game proactivity, and Priest goes from having one of the worst classic sets just a little over a year ago, to one of the strongest Core sets. In the famous taunting words of Anduin: “Wow” and “Greetings”.