Welcome to the 223rd edition of the Data Reaper Report! 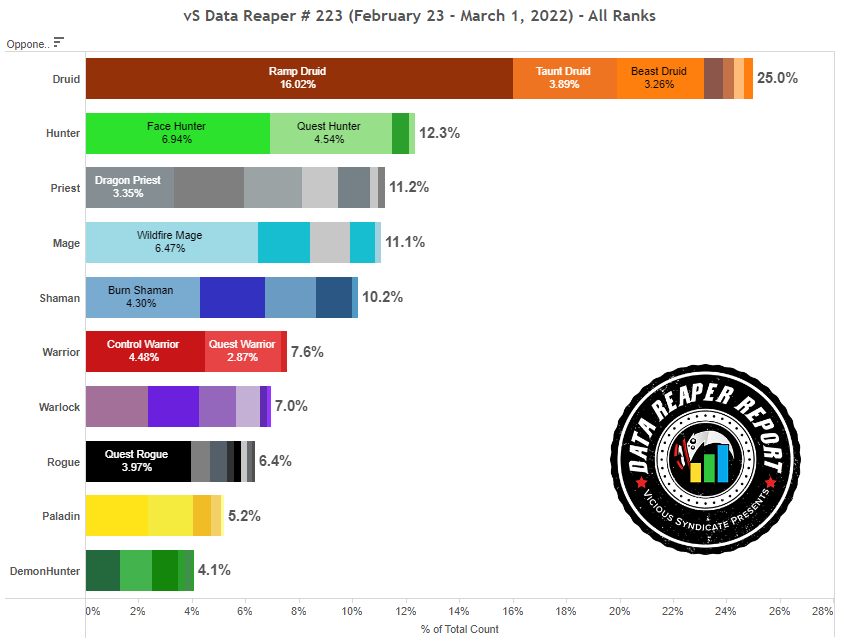 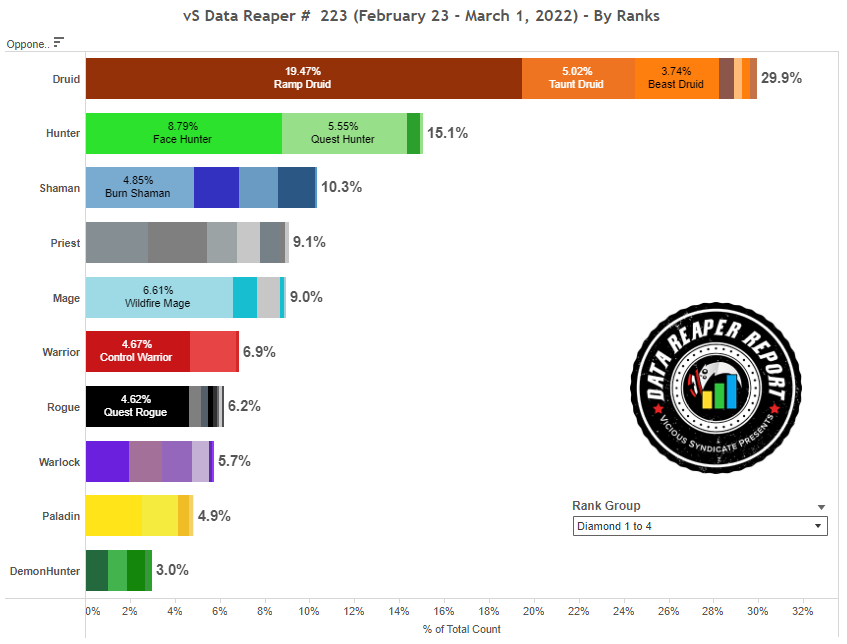 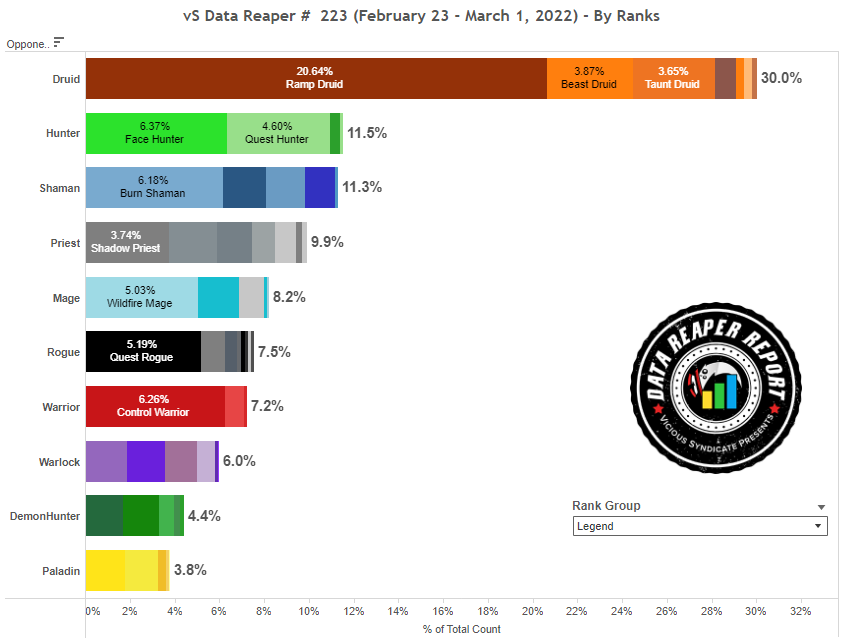 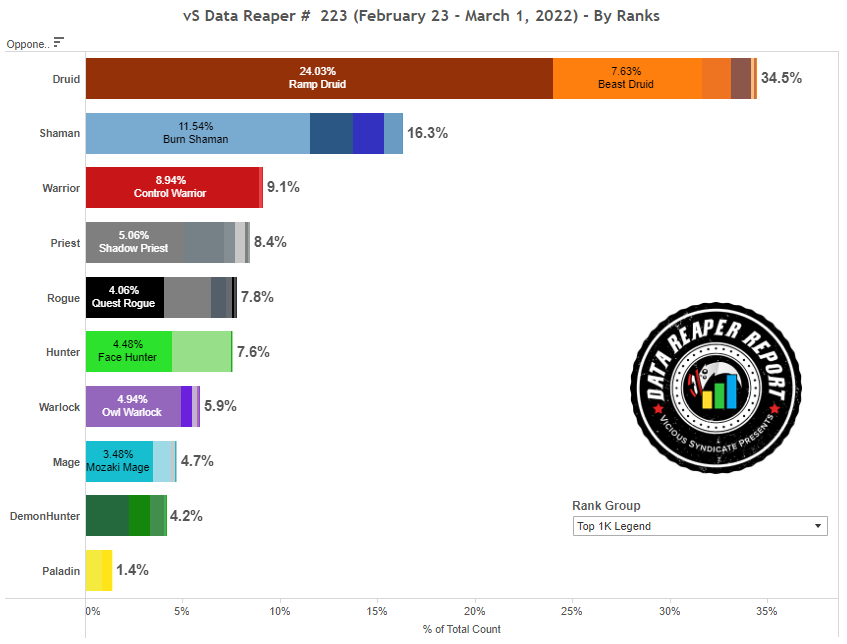 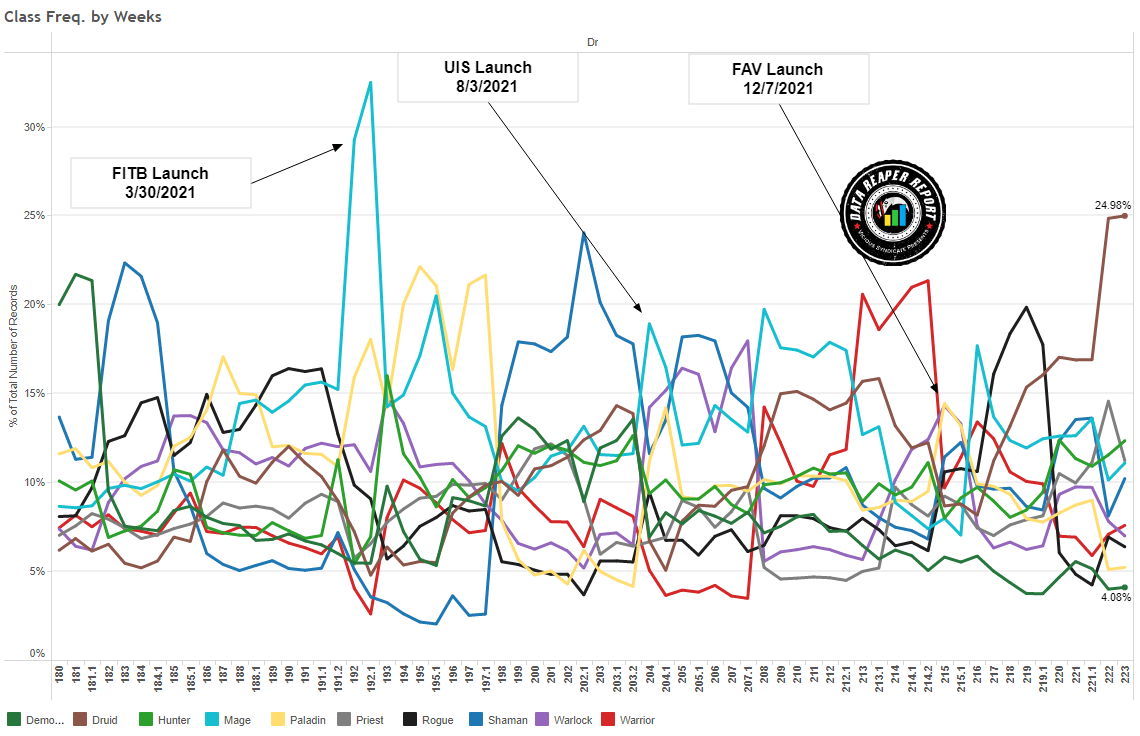 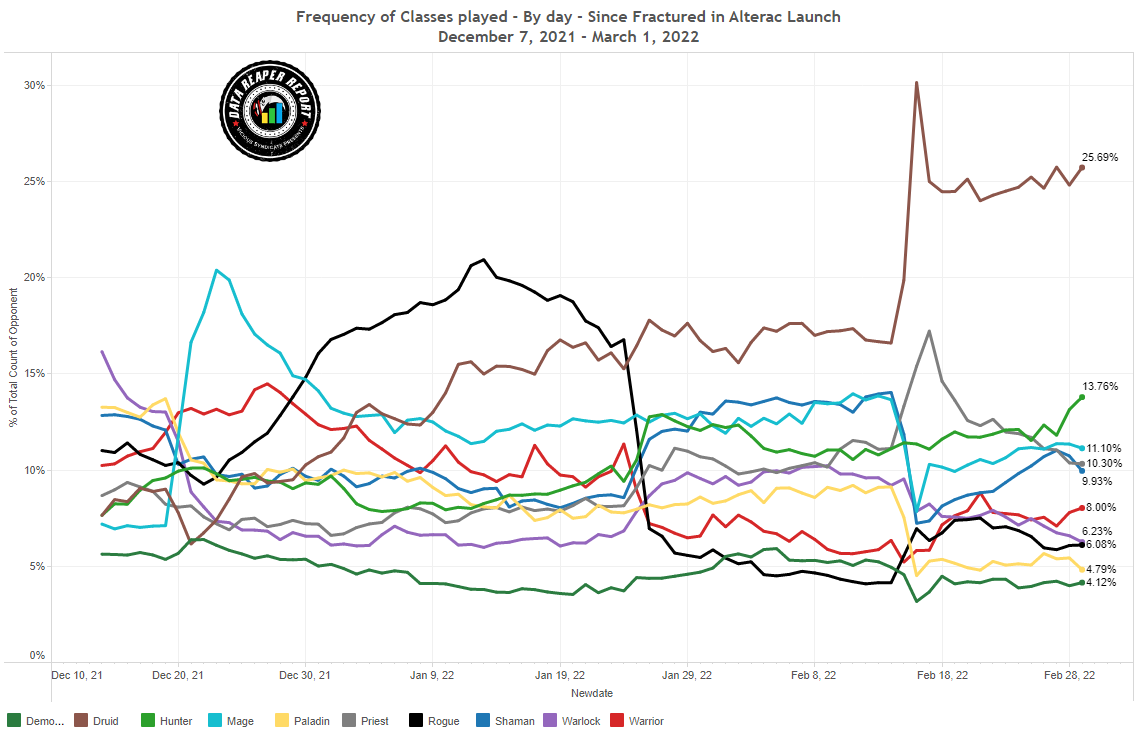 Unsurprisingly, Ramp Druid isn’t going anywhere. While the archetype exhibits a small decline at most rank brackets, it has grown in popularity at top legend. Beast Druid has also picked up play and is more popular than Taunt Druid at legend.

Burn Shaman exhibits significant growth, nearly doubling its play rate on ladder and is now over 10% of the top legend field, only second to Ramp Druid. Other Shaman decks see little bits of play.

Control Warrior has also picked up momentum, and together with Burn Shaman, form a deadly duo that counters board-based aggression effectively. Quest Warrior is visible outside of legend ranks.

Quest and Poison Rogue have declined. Not much else is happening with the class.

Hunter shows a slight decline at top legend, and not much movement elsewhere. Both Face and Quest Hunter are seeing some experimentations with Drek’Thar, but we’ll already tell you we’re not convinced.

Warlock is a fractured, messy class. What’s interesting is that all Warlock decks besides Owl disappear from top legend, and that includes Handlock, a previous pillar of the format.

Wildfire Mage exhibits the same pattern of being popular on ladder but looking entirely irrelevant in the most competitive bracket. Mozaki is the opposite. 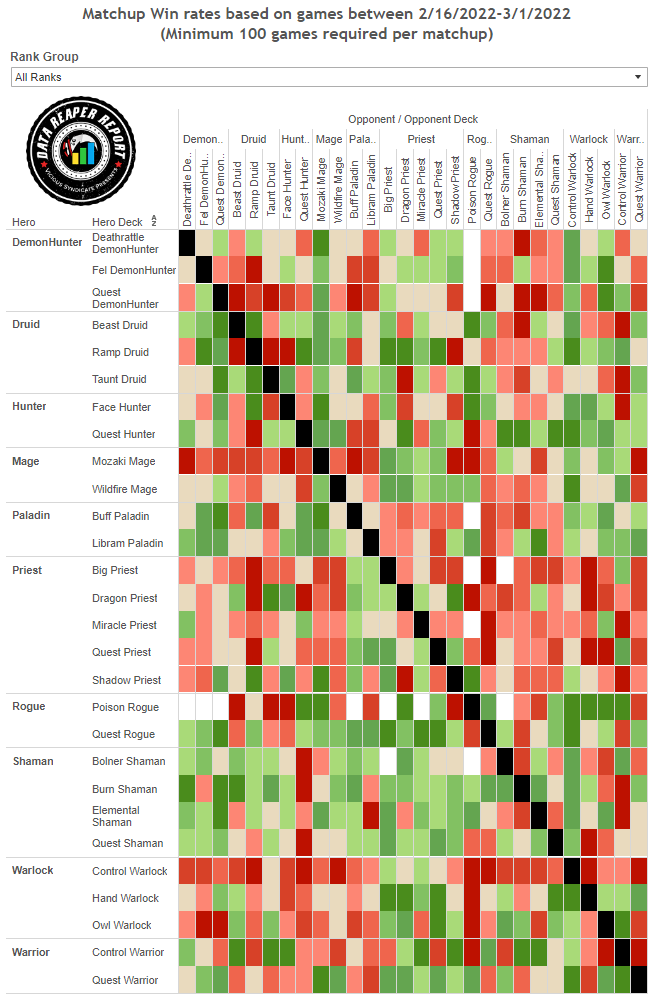 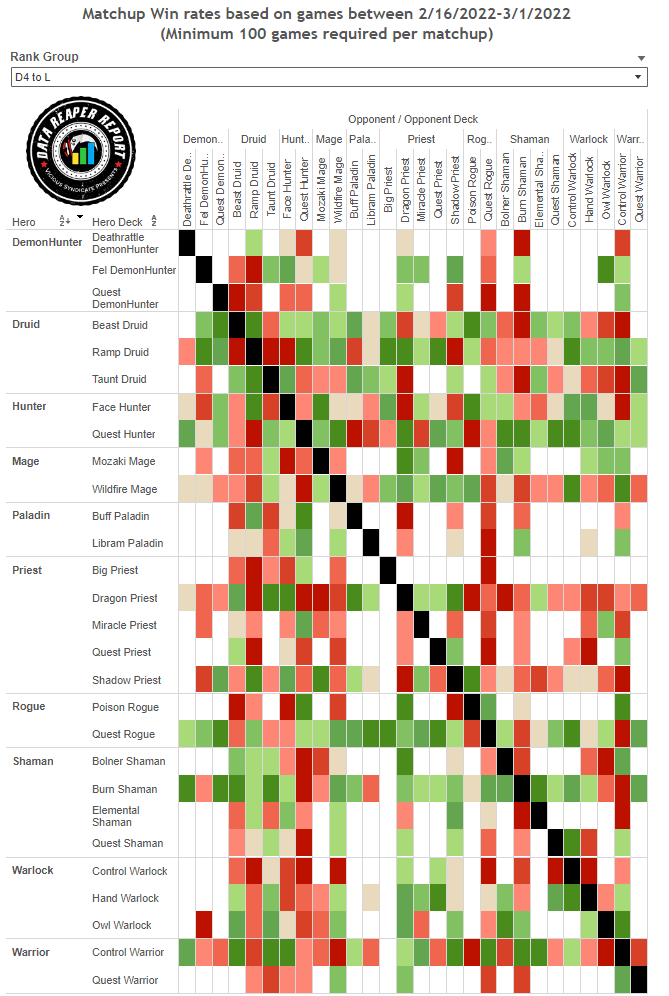 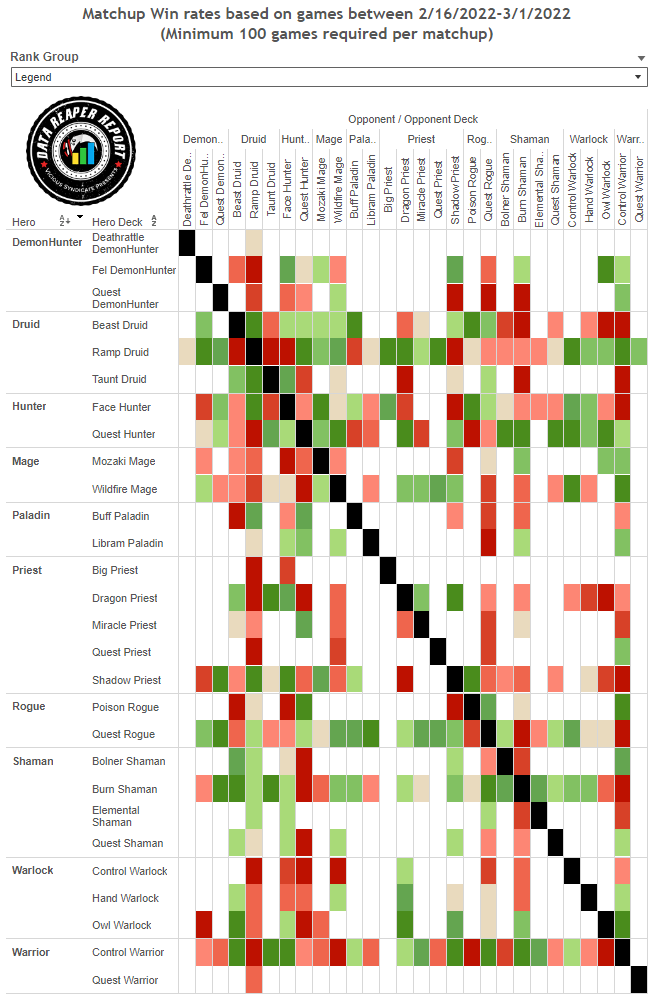 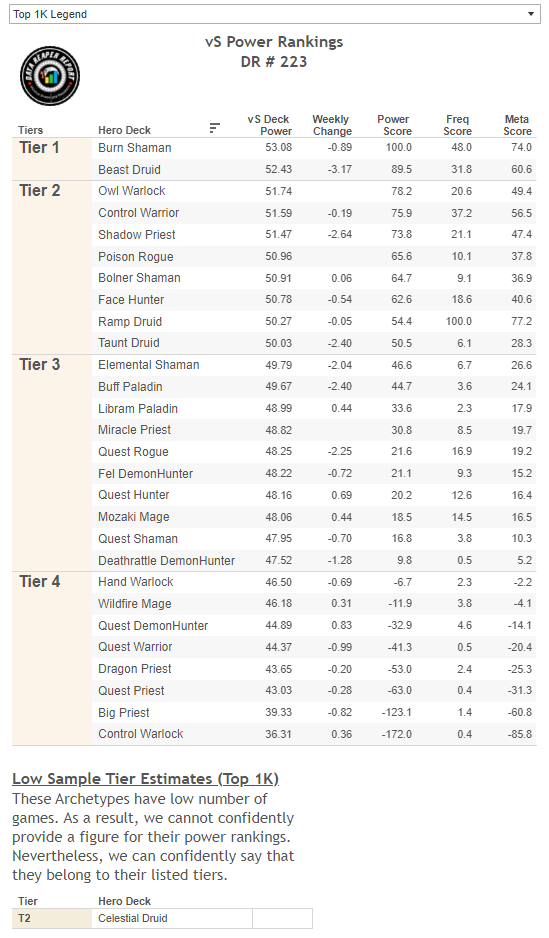 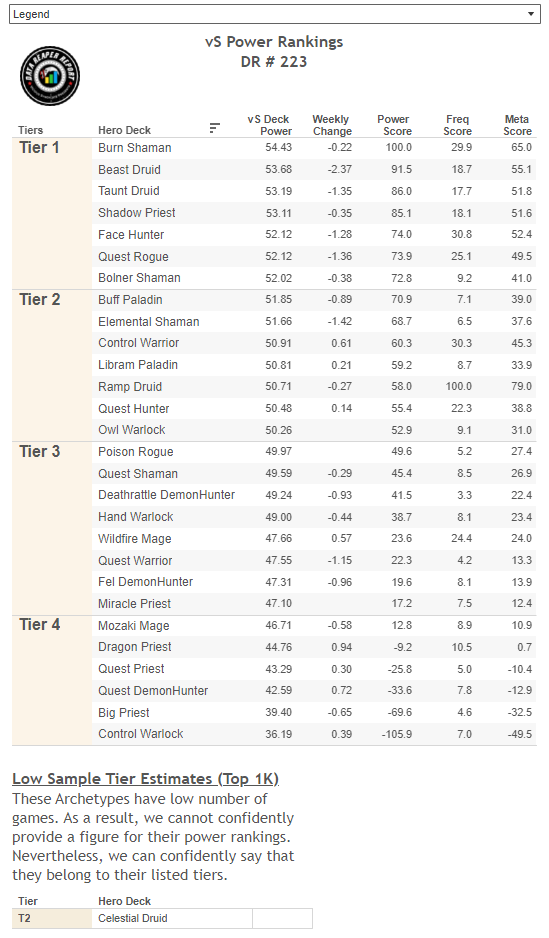 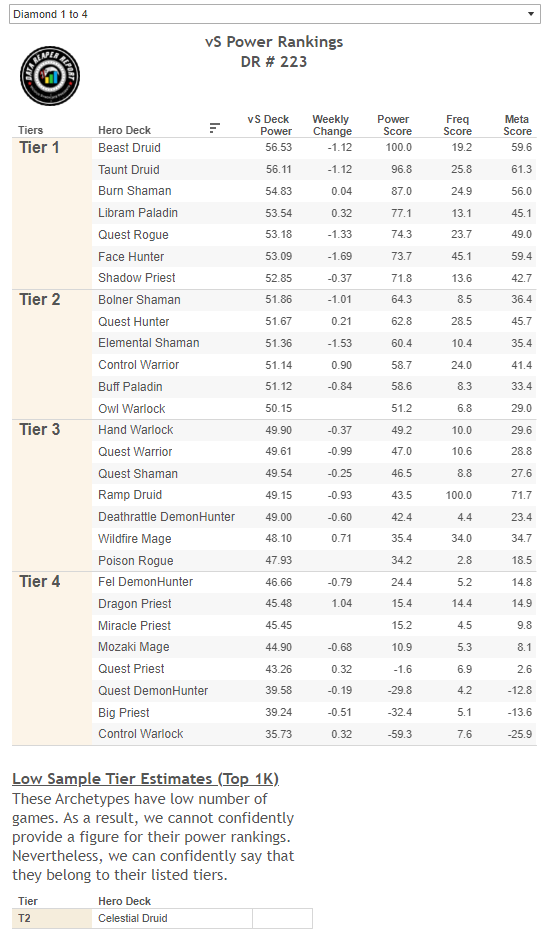 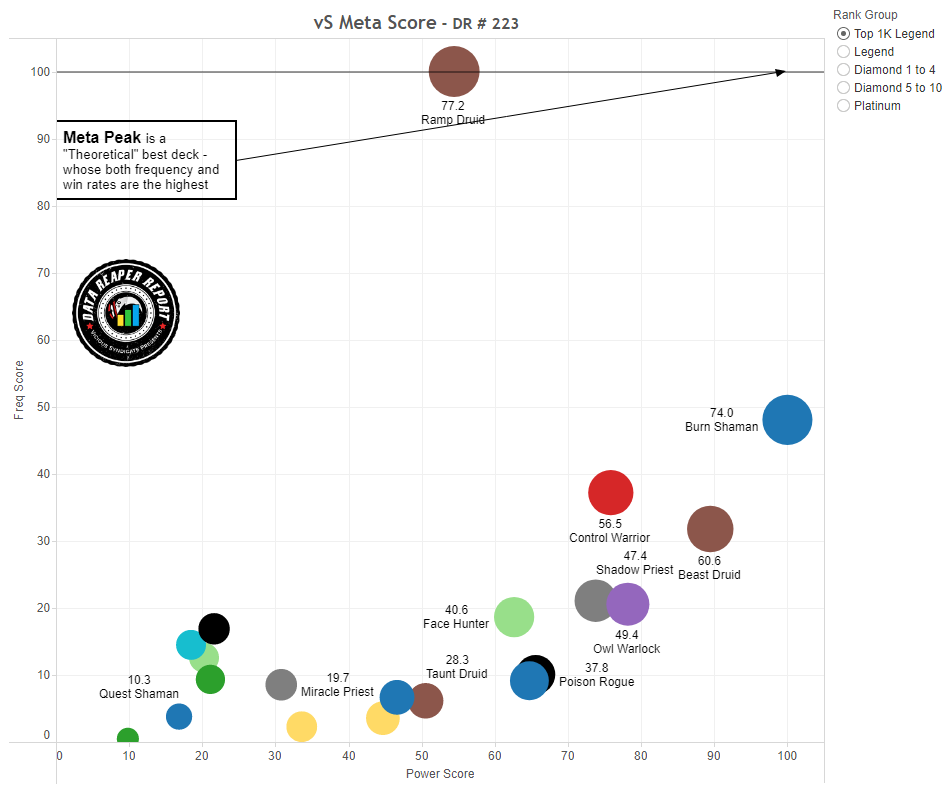 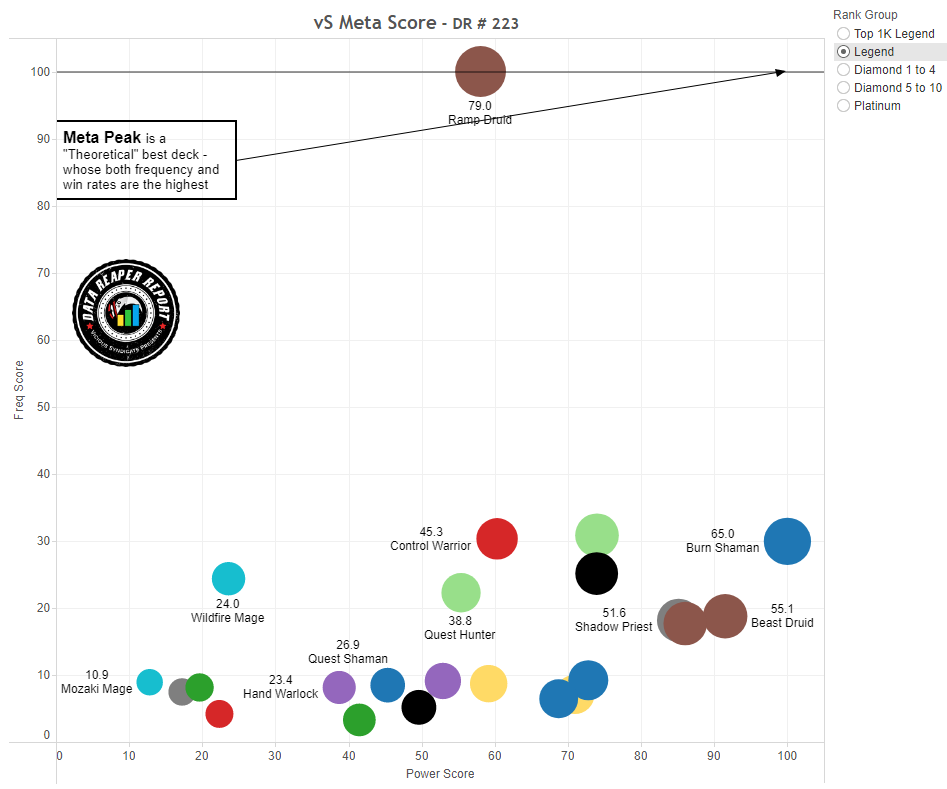 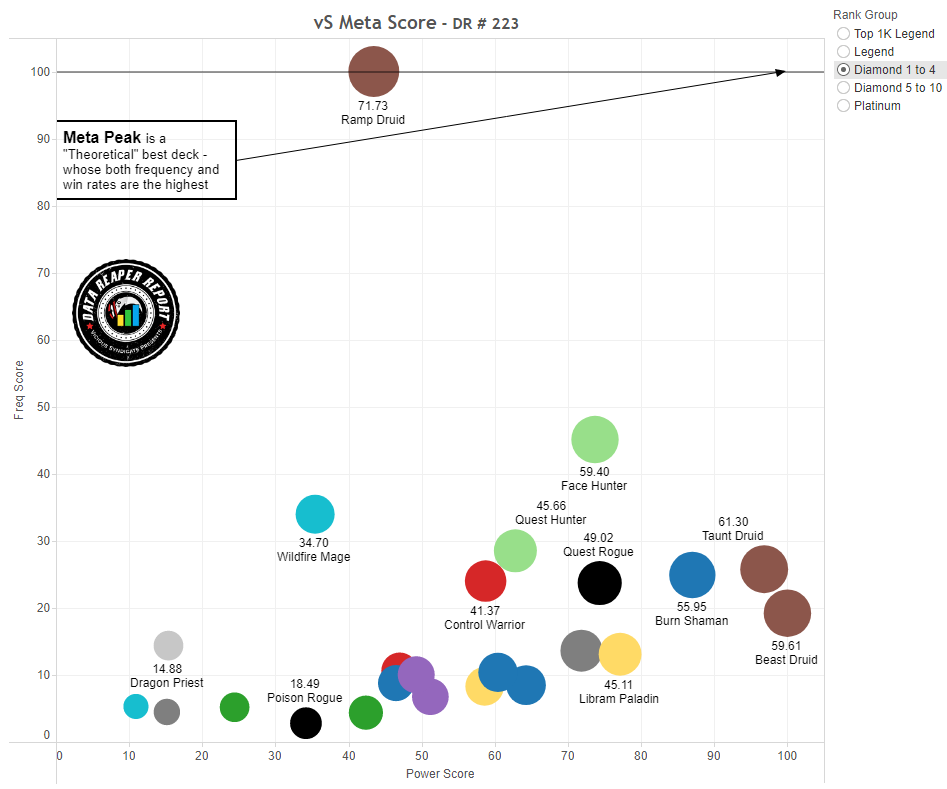 The Ramp Druid builds featured last week have proven to be the most effective approaches to the archetype. What’s been said last week about the variants remains true today, both regarding card choices and small differences in matchups.

Beast Druid has started utilizing Irondeep Troggs to good success, which makes the Ramp Druid matchup even more lopsided but is also effective in numerous other matchups that makes it worthwhile.

The small tweak to Kazakusan might help the card feel a little better to play against, as Locusts was a clear outlier in terms of treasure power, but we don’t expect this change to be highly impactful when it comes to Ramp Druid’s play rate. The deck has clearly shown to be very attractive to players for a long time, and we think it will continue to shape the format.

But when it comes to dominating, Burn Shaman is the closest thing in the format to a dominant deck. It’s hard to call it dominant when it gets destroyed by Control Warrior, but when it comes to a polarizing meta, it’s about picking your poison, and Shaman’s pill is the least bitter one to swallow.