Welcome to the 227th edition of the Data Reaper Report! This is the final report for Fractured in Alterac Valley. 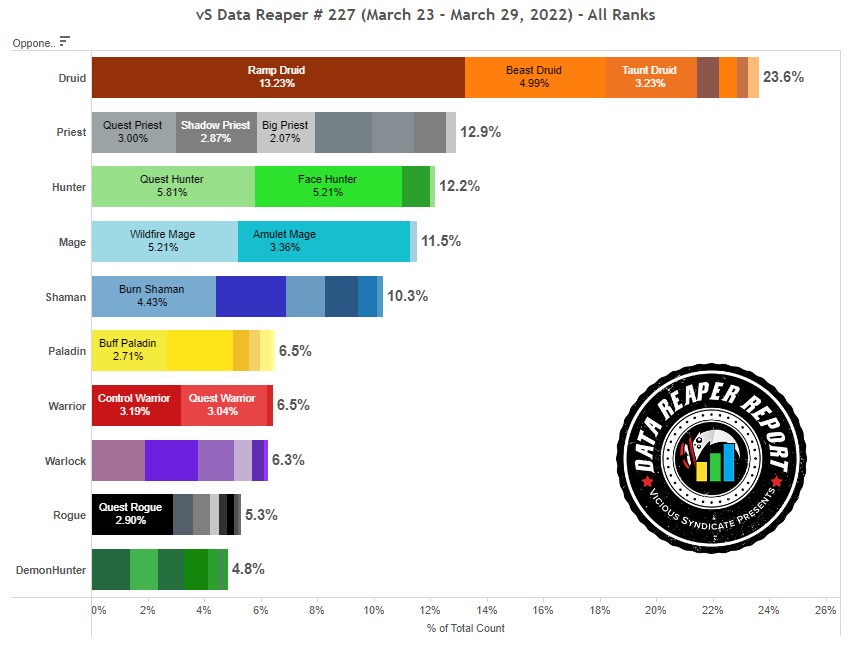 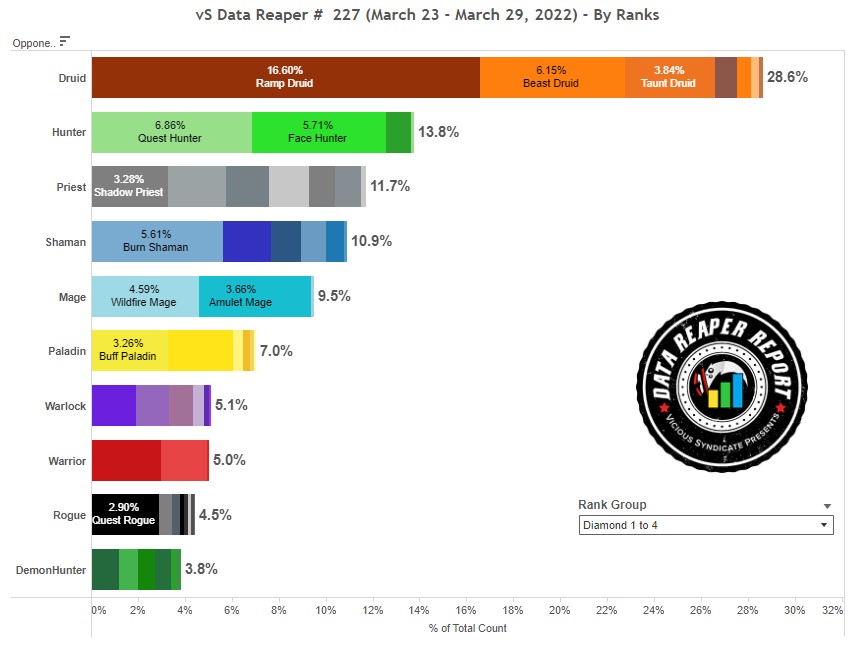 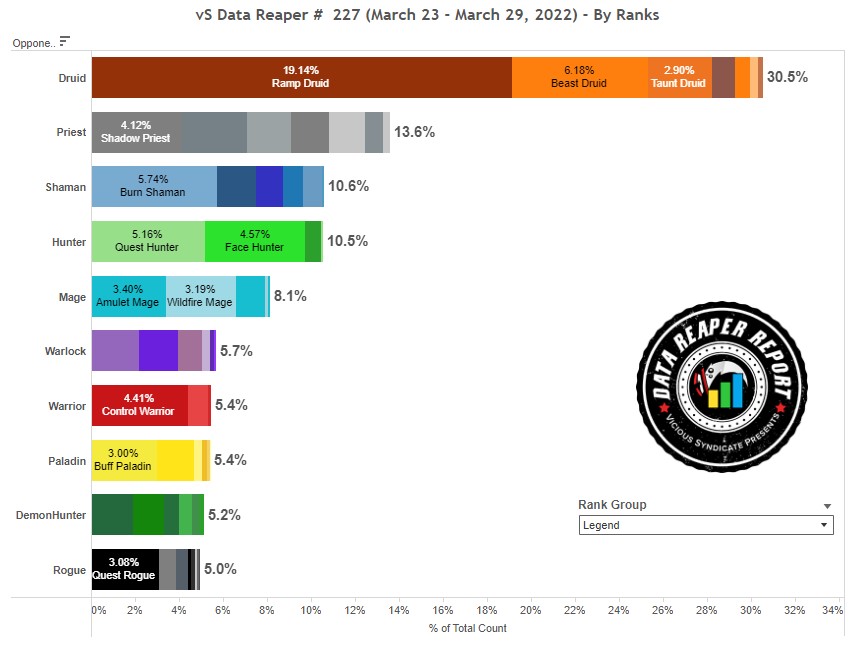 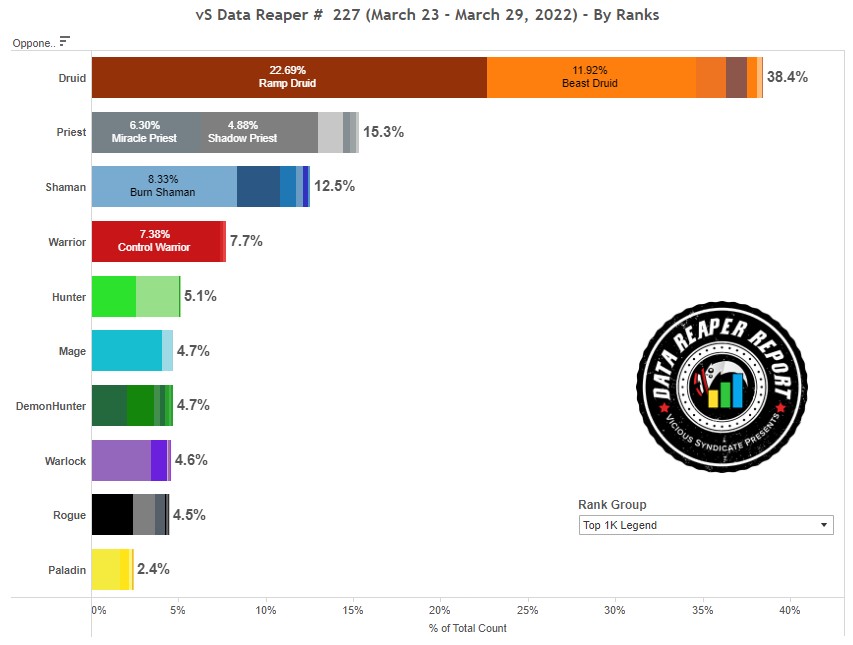 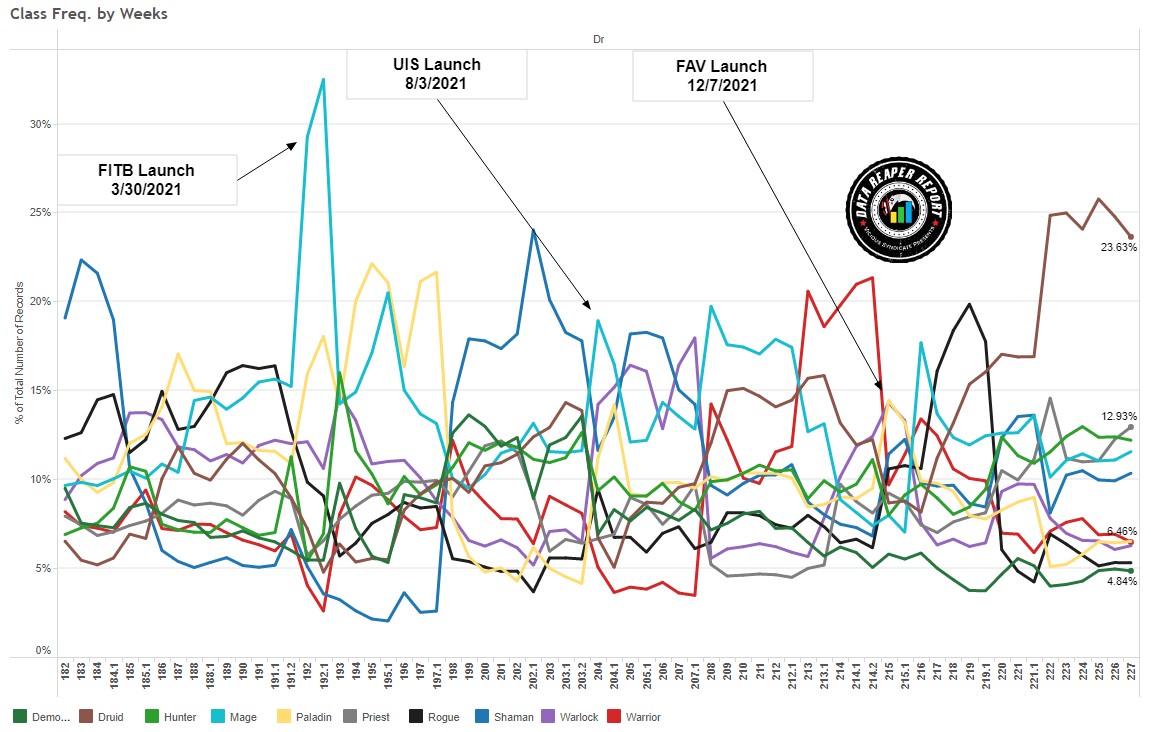 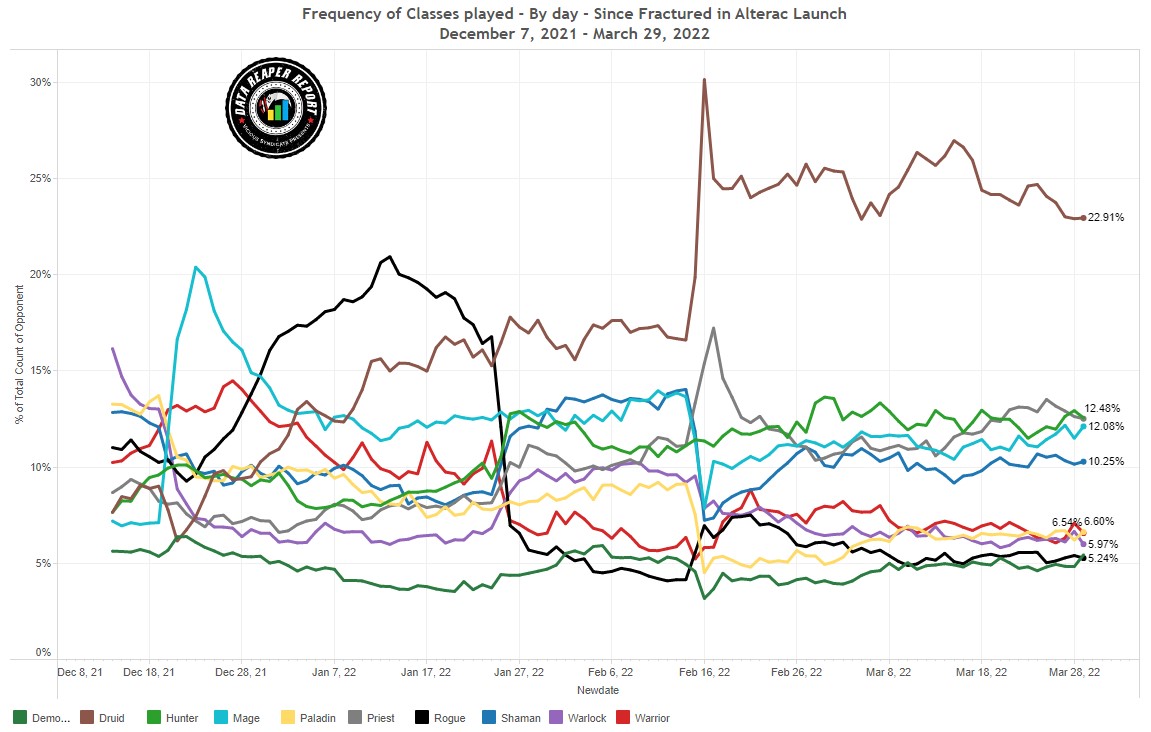 Not much else can be said about the current meta. It hasn’t significantly changed since the launch of Onyxia’s Lair, with an occasional new appearance from a cute new deck that ended up not picking up much traction because it wasn’t that good or that interesting. We’re still seeing these fringe decks appear. One week, it’s Amulet Mage. Another week, it’s Boar Priest. This week, it’s Big-Beast Hunter and Evolve Shaman, but the player base is unlikely to care in large numbers.

At the end of the day, the current meta is dictated by the high popularity of Ramp Druid, which is a deck people might be addicted to playing. After all, we’re very late in the expansion and our data collection, while not a reliable measure of engagement, has not declined at all despite normally slowing down a bit at this stage of an expansion. Wildheart Guff and Kazakusan are digital card game drugs, and while critics will bemoan their power level (for a good reason), there’s clearly something that was done right when designing these cards in terms of their appeal.

In less than two weeks, Voyage to the Sunken City will launch and rotation will occur. Every deck in the current format will either completely disappear or lose such important cards that it will have to massively adapt to survive. The game is going to feel entirely different, so if you enjoy some of the current decks in the meta, savor them while you can. And if you don’t, there’s not much time left to wait for a new format. 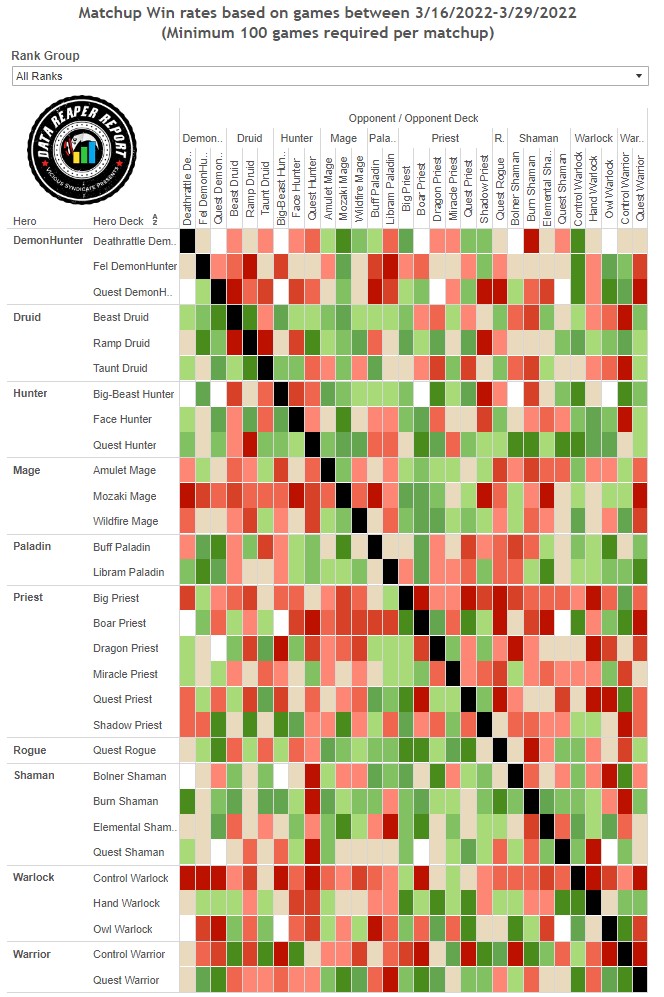 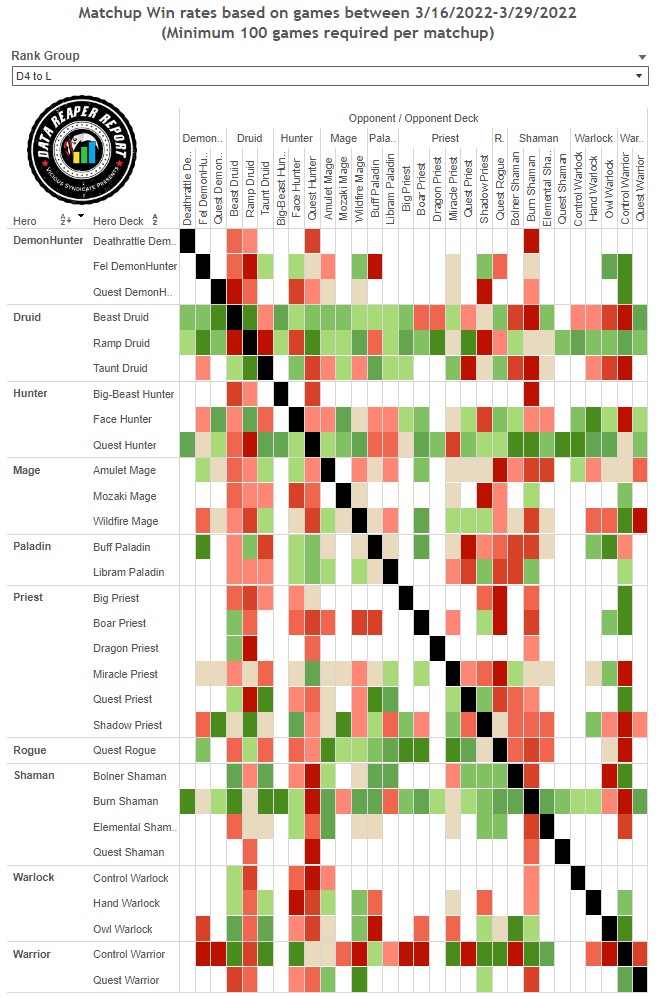 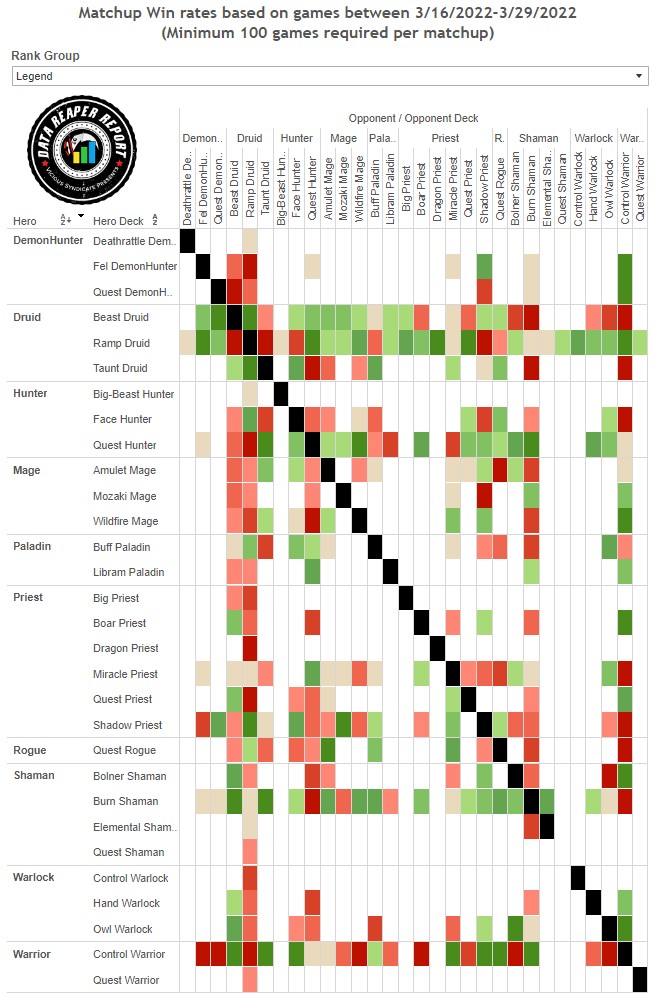 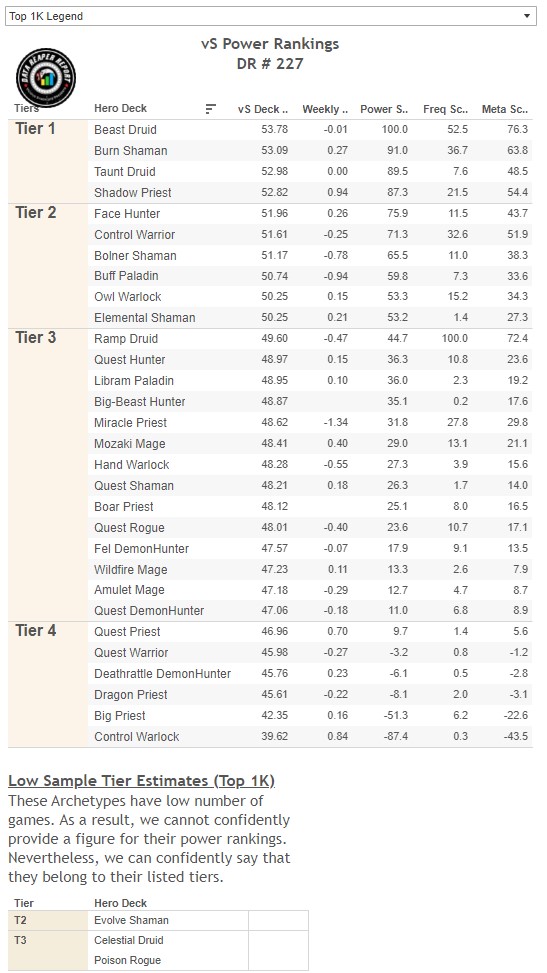 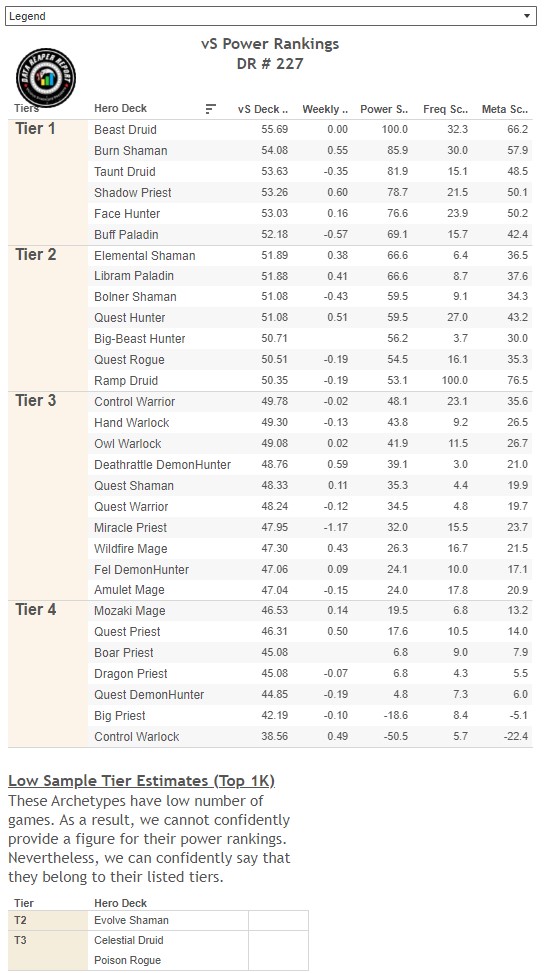 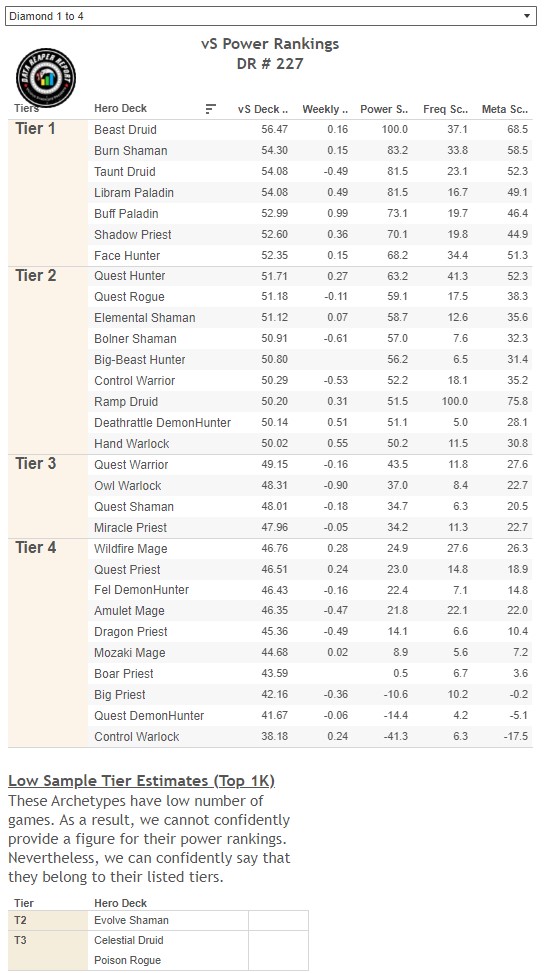 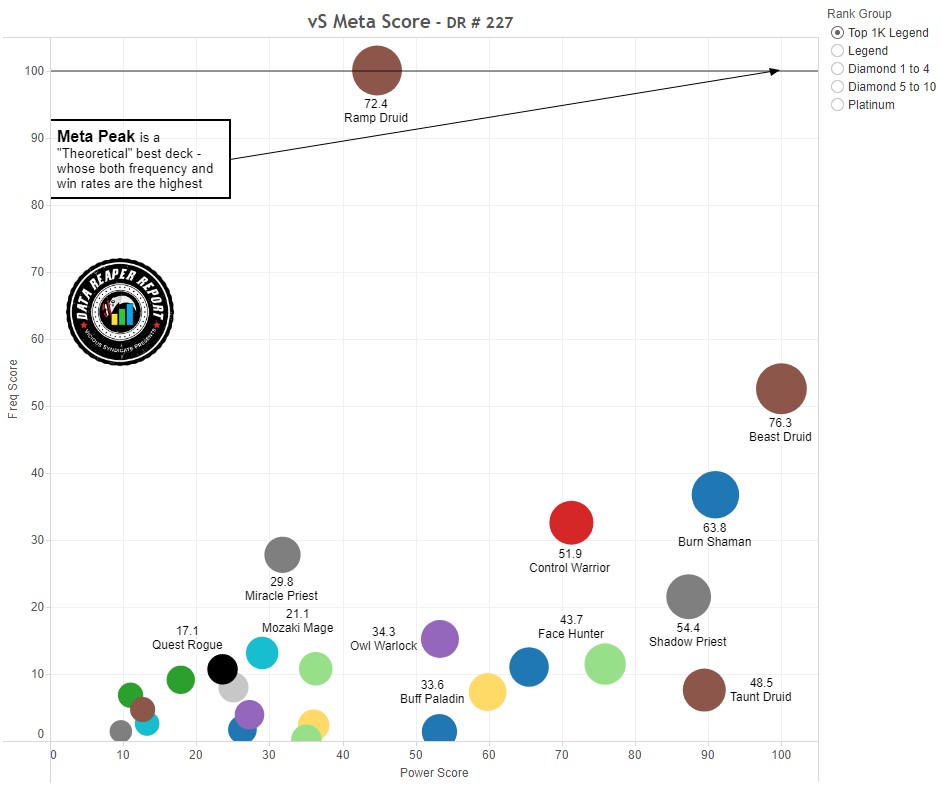 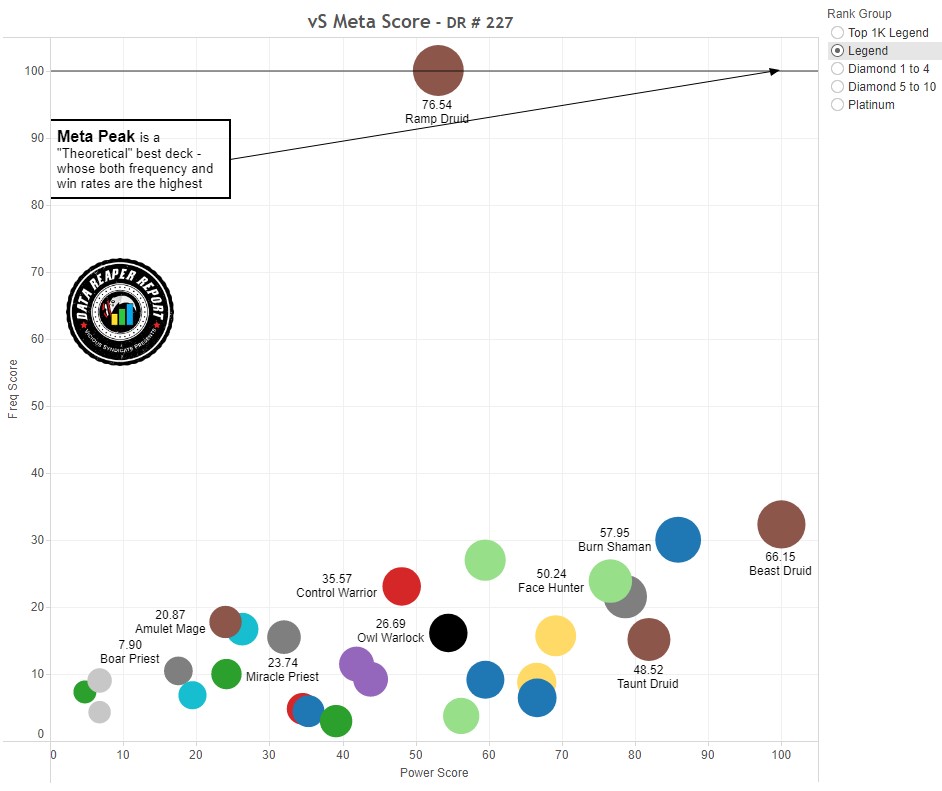 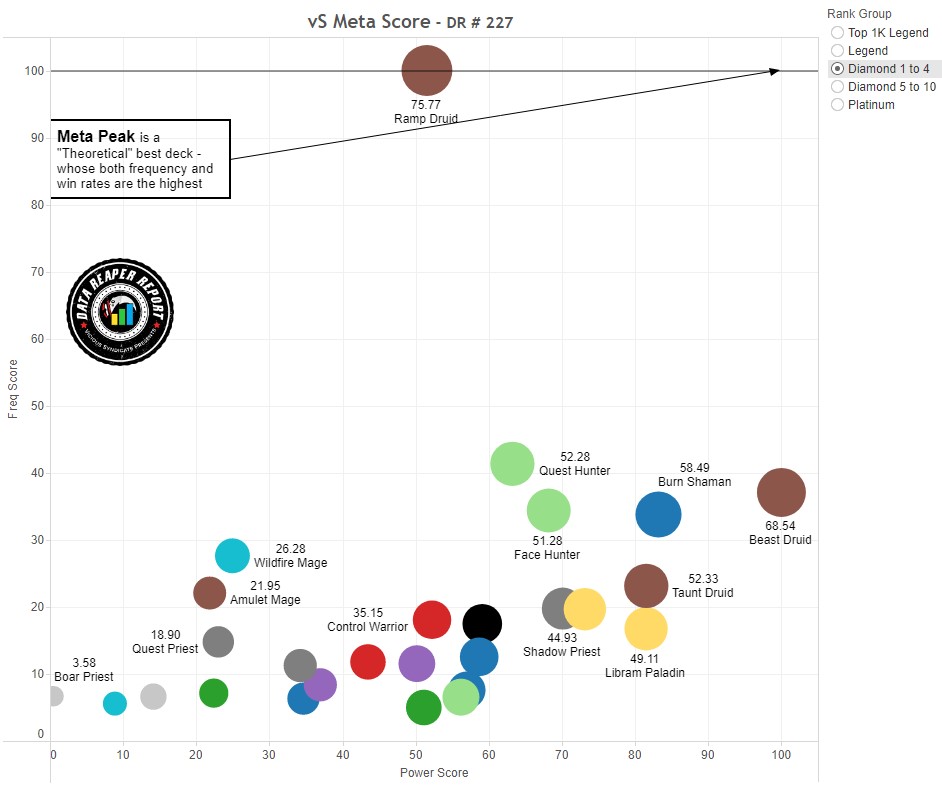