Welcome to the 246th edition of the Data Reaper Report! 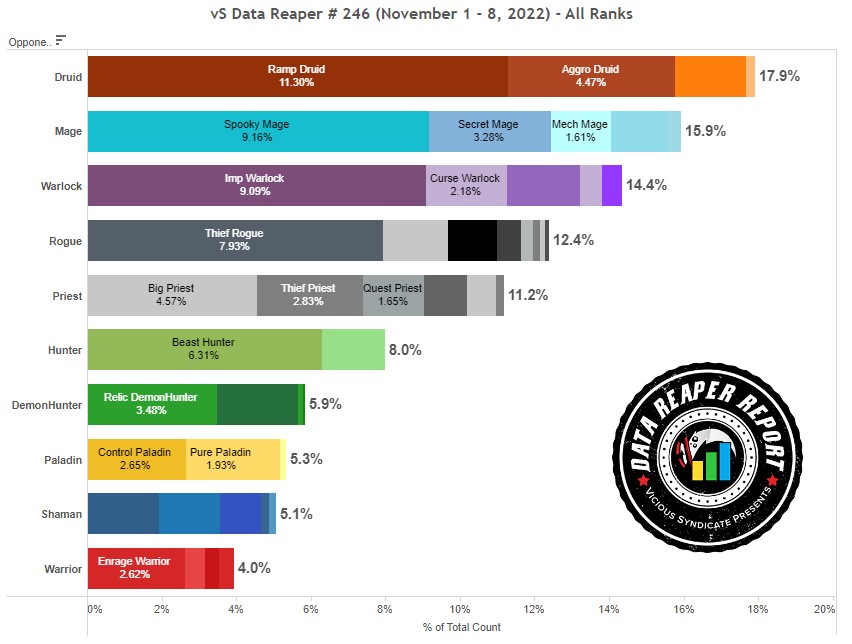 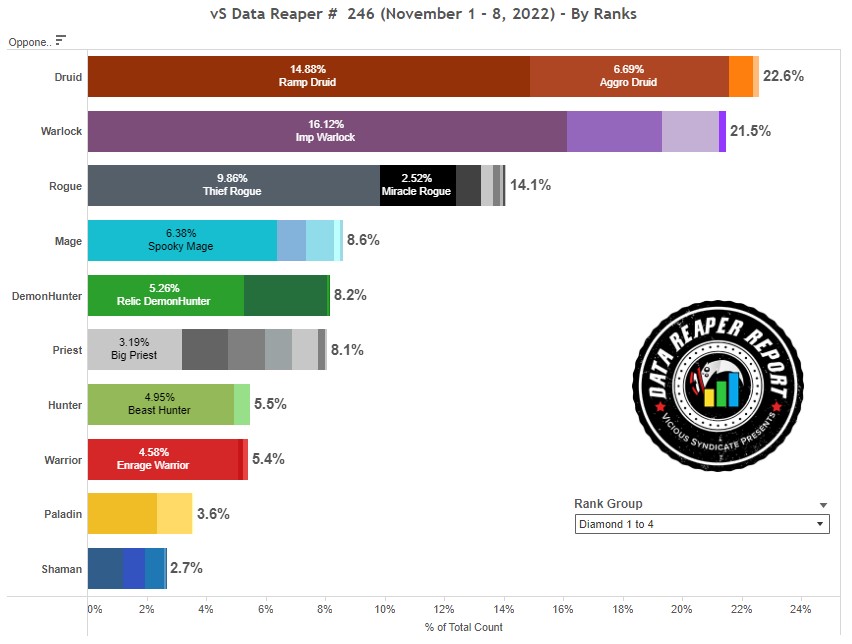 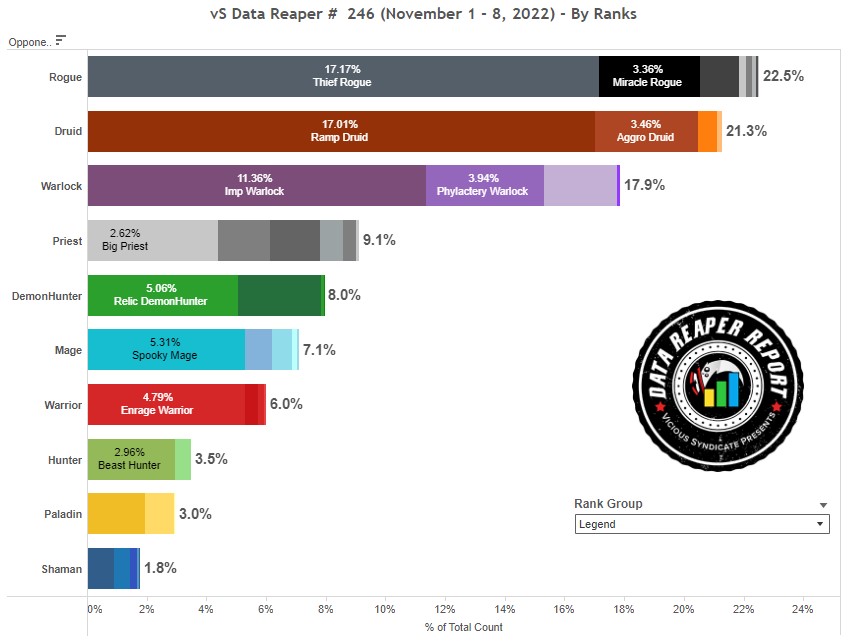 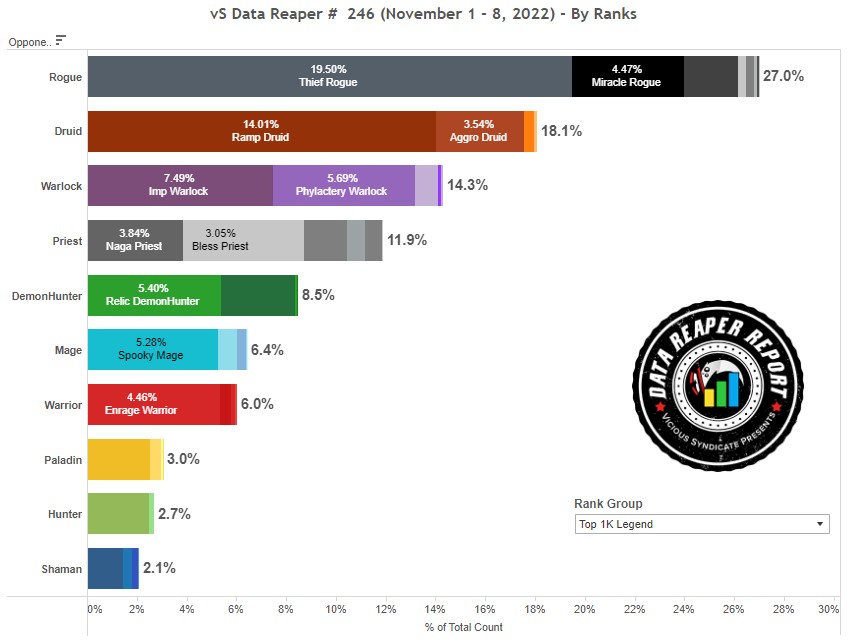 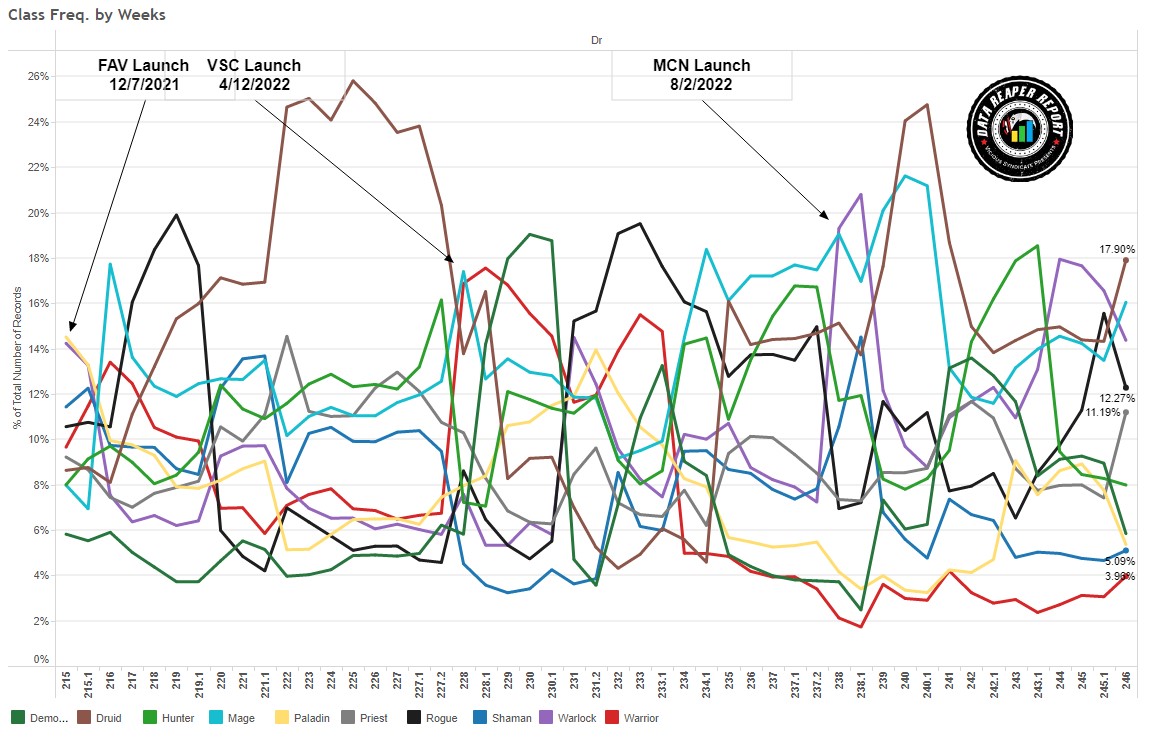 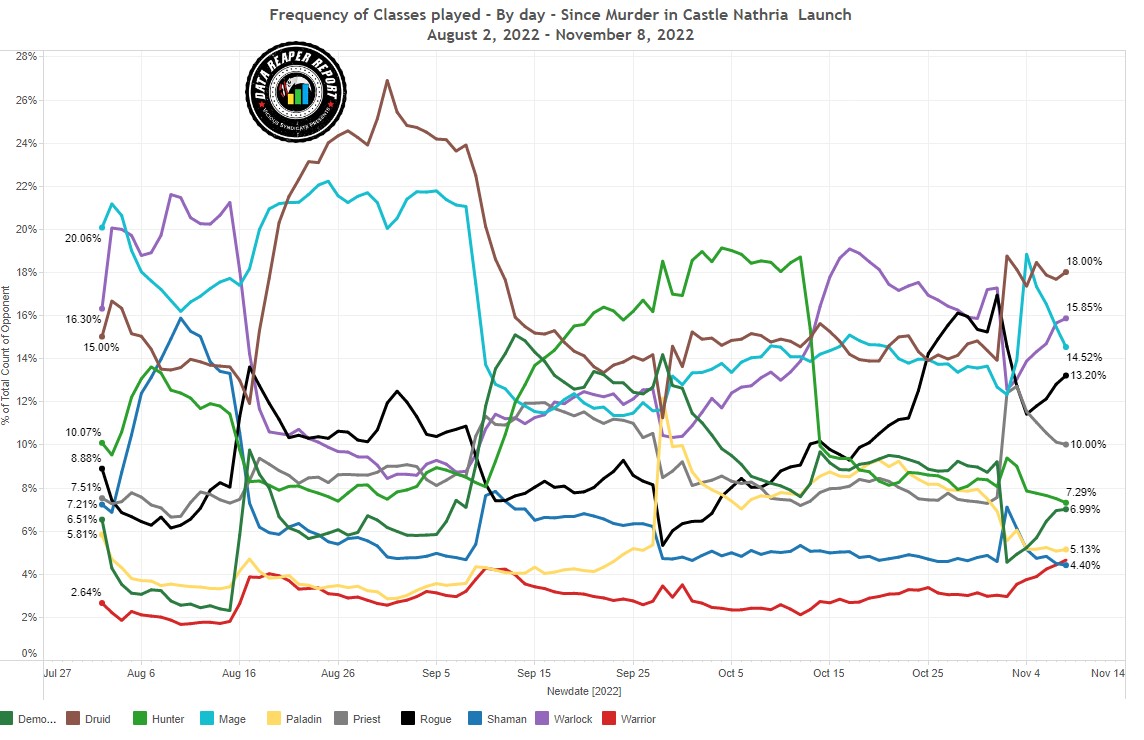 With the return of Knights of the Frozen Throne to Standard, we initially saw a decline in Rogue, but things have quickly reversed course. Thief Rogue has shot up to become the most popular deck at legend once again. Miracle and Shark Rogue can also be found, while the experiment of Keleseth Rogue was quickly abandoned.

Ramp Druid might be the deck most influenced by the KFT set, with multiple cards seeing play in the deck, causing it to pick up more interest. Celestial Alignment builds have begun to creep up again and challenge the established builds too. Aggro Druid has maintained visibility, likely for its ability to counter the extremely popular Ramp Druid. Hadronox Druid is fizzling out because it’s terrible.

Imp Warlock remains popular throughout ladder, but the class finally has another archetype that is emerging. Defile has brought Phylactery Warlock back from the dead. We can see more of the deck at legend.

Big Priest has returned to Standard thanks to Shadow Essence and Eternal Servitude. However, its play rate patterns are indicative of a deck that is struggling. It is mostly visible at lower ranks of ladder, heavily declines on the ladder climb, becoming fringe above Diamond 4, and almost non-existent at legend. Top legend has more Naga and Bless Priest, but their presence is still relatively small. Thief Priest is trying out Benedictus, while Quest and Boar Priest see little play.

Demon Hunter hasn’t received new cards to play with, so it’s naturally declined. Even so, Relic and Aggro DH maintain a consistent presence throughout ladder.

Spooky Mage is trying out a Renathal build with Frost Lich Jaina, Lokholar, and Neptulon. It is not going well. The 30-build is more popular at legend. The class declines as you climb the ranks with both Big-Spell and Secret Mage fading into obscurity.

Back in the day, Animated Berserker saw no play in Standard. But with Enrage Warrior in the format, the forgotten KFT card has quickly become a crucial 1-drop, and this has sparked new interest in a deck that was previously struggling to attract players. There’s a little bit of Charge Warrior too, running Forge of Souls.

Paladin has been unaffected by the KFT set, sticking to established builds of Control Paladin. Beast Hunter is in the same spot, even shunning the infamous Deathstalker Rexxar. Shaman has been trying out some Evolve builds with its Death Knight, as well as incorporating Ice Fishing into both Control and Murloc Shaman. 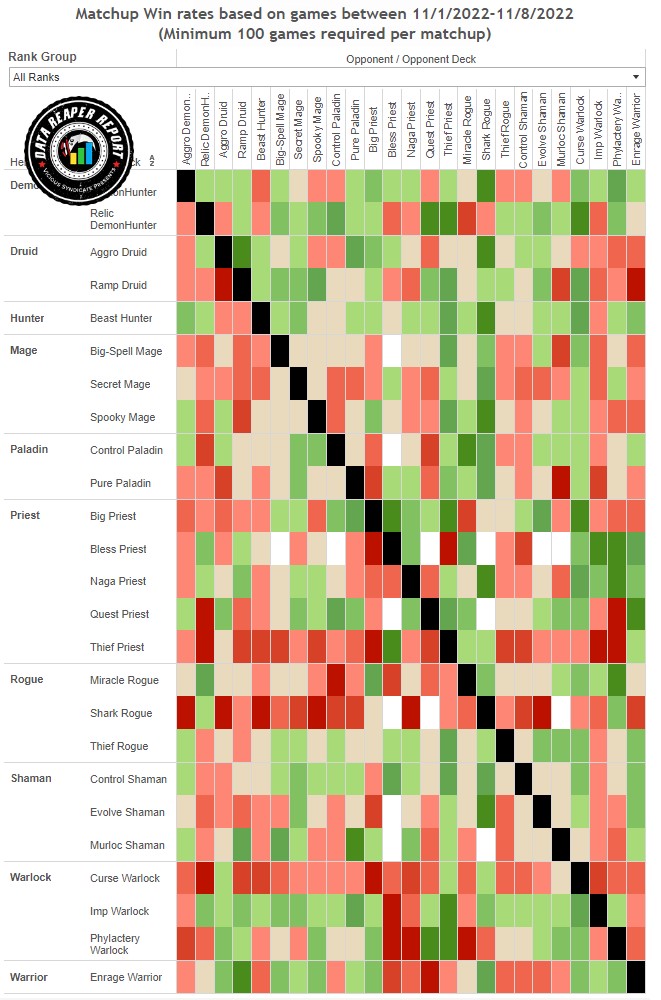 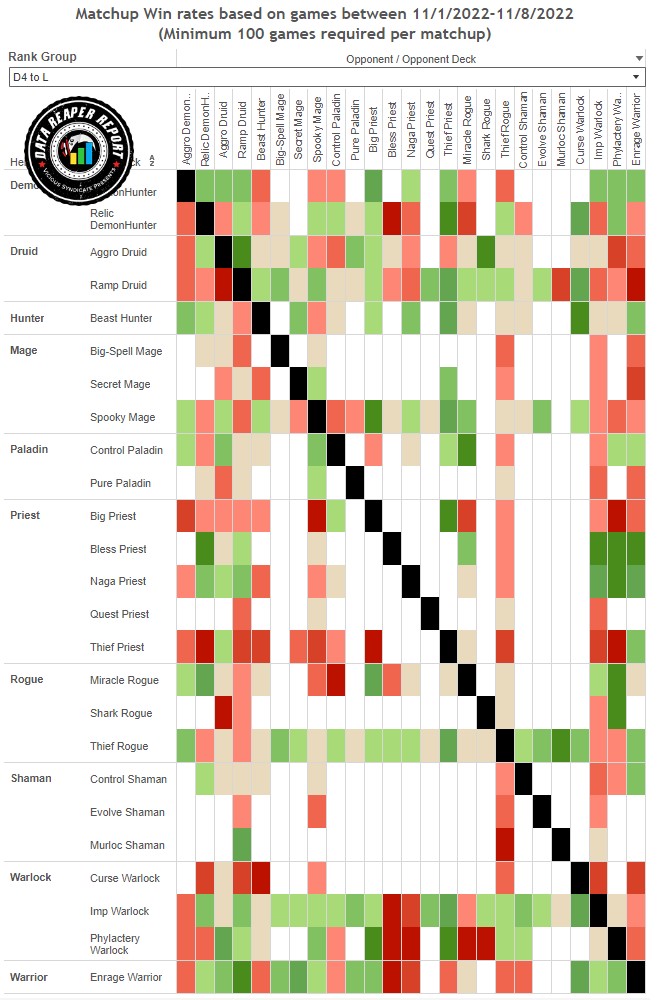 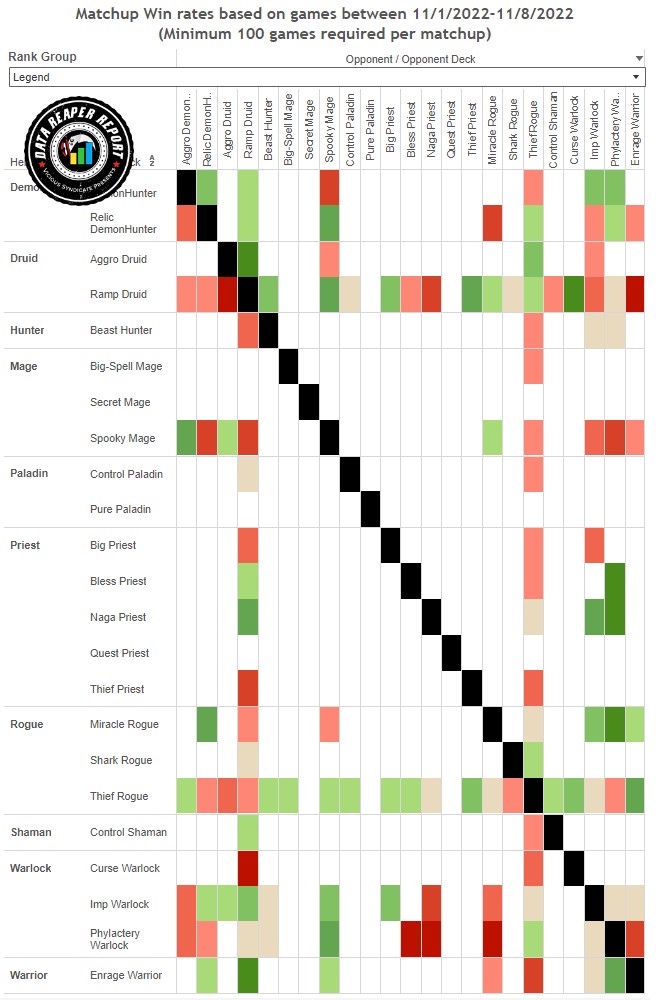 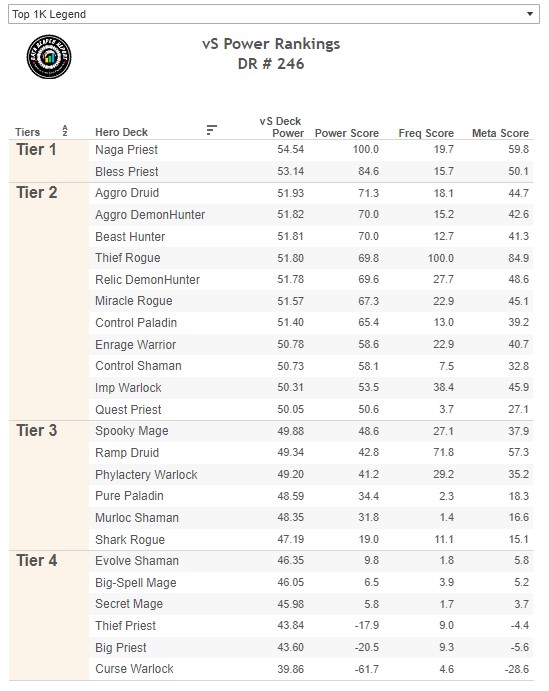 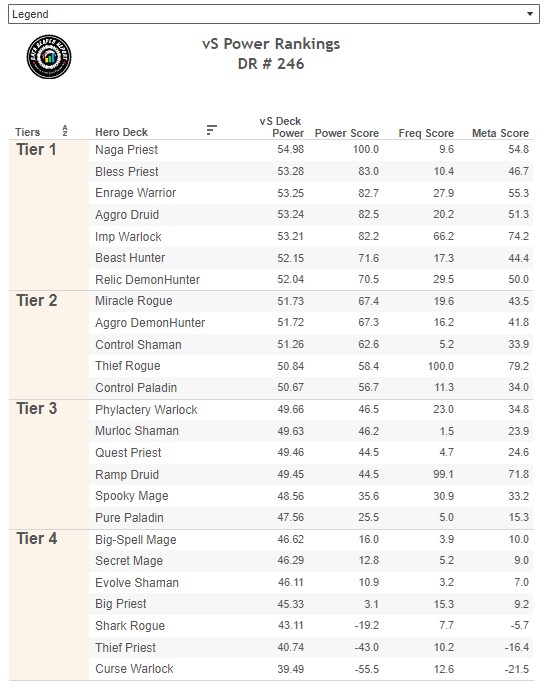 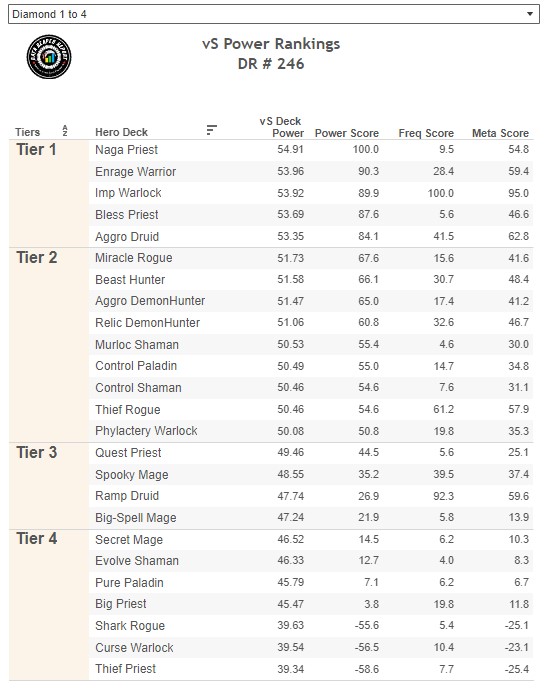 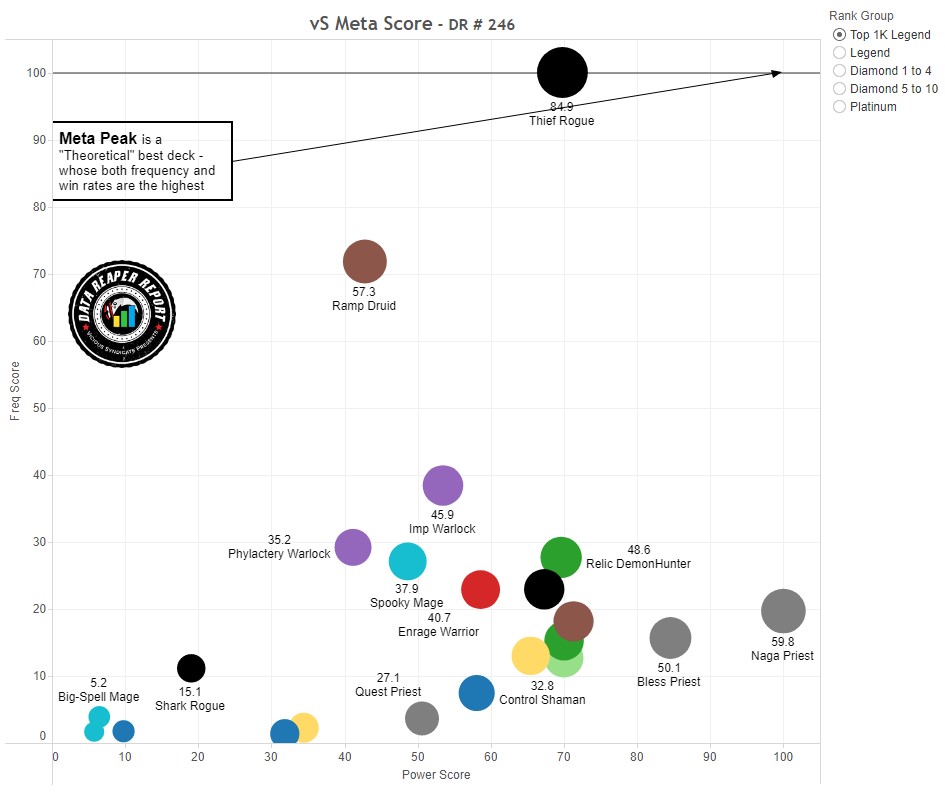 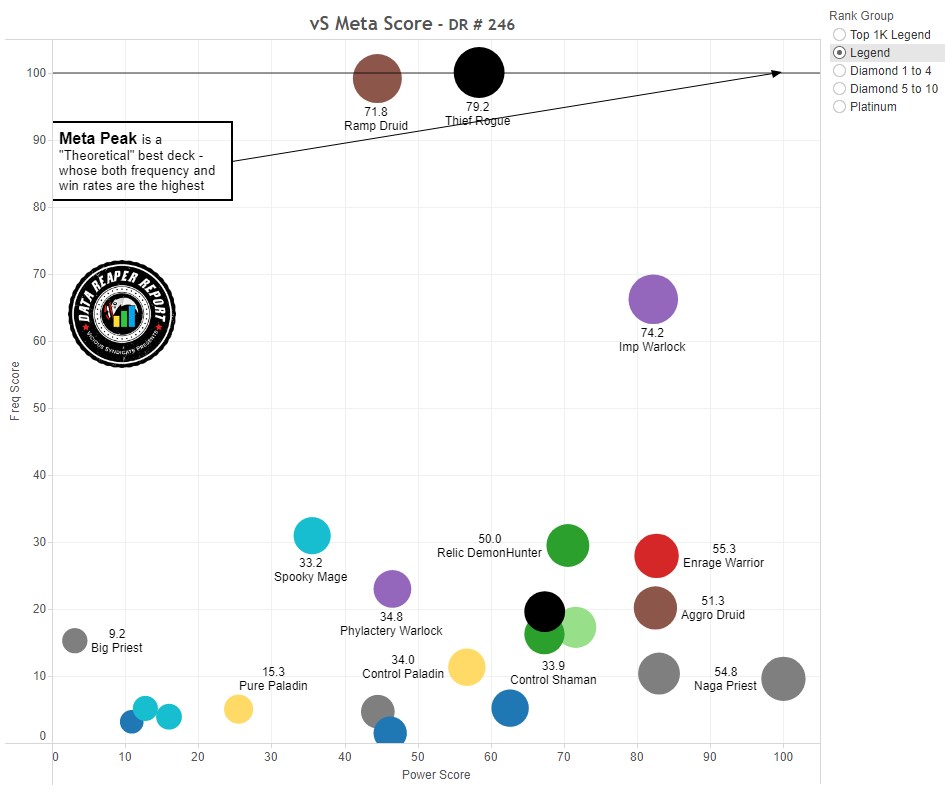 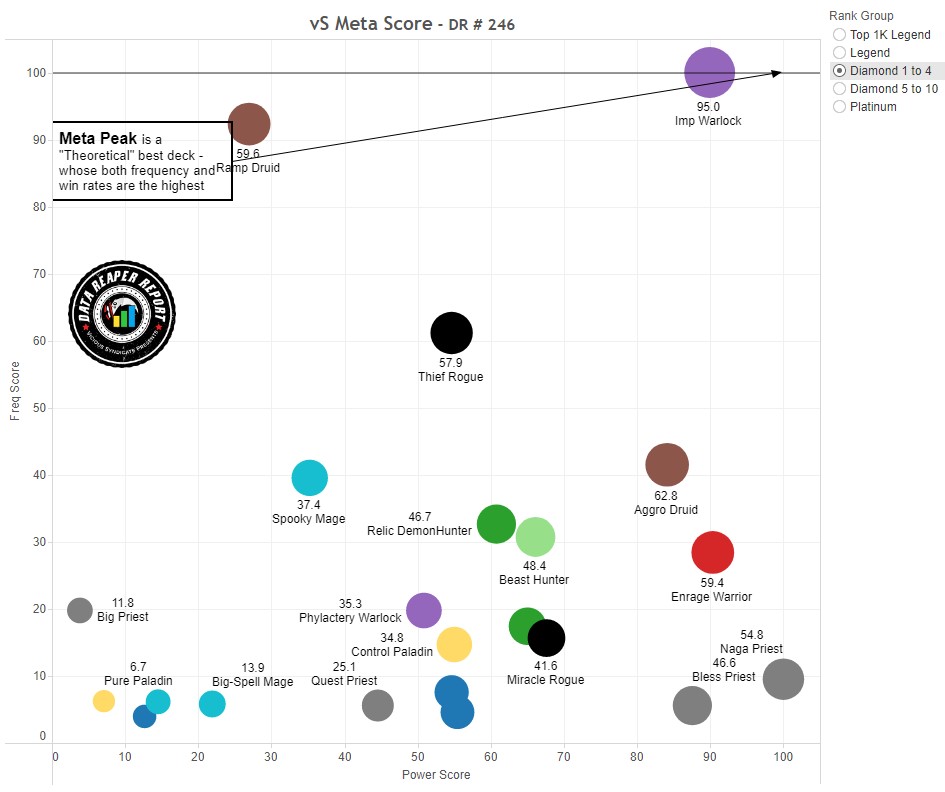 Thief Rogue’s build hasn’t changed. Theotar appears to be the most popular 40th card. Some players are experimenting with The Sunwell, and it looks like a decent fit for the deck. The issue we found is that it’s inferior to Sprint while also clashing with it due to hand space issues. If you do want the extra wackiness that The Sunwell offers, you’ll be pleased to know that it doesn’t hurt the performance of the deck in a significant way.

The Dancer build of Miracle Rogue has fully taken over. We’re not sure it’s the best build, as the Gnoll iterations don’t see much play, but Miracle Rogue isn’t exactly hurting for it.

Some players have experimented with Spectral Pillager in Shark Rogue. It doesn’t look great.

Ramp Druid is back on the Celestial Alignment train. Builds that run CA are significantly better and may contribute to an improvement in the archetype’s performance over time.

Card choices are complicated in this deck. Malfurion the Pestilent looks very underwhelming and a waste of a card slot. Theotar is significantly worse in a CA build, to the point where it is very cuttable. The Lich King is also weak compared to other high-cost cards.

Both Spreading Plague and Ultimate Infestation look very good. UI does clash with Miracle Growth in terms of hand space issues, so we wouldn’t run two copies of each. Alexstrasza The Life-Binder offers an important win condition in combination with Brann. Spammy Arcanist is very impactful in the deck’s worse matchups. The Jailer is the deck’s best card in the mirror matchup.

Phylactery Warlock is back to competitive ladder play thanks to the addition of Defile. There appears to be a lot of promise in builds that cut expensive cards such as Azshara and Entitled Customer for Talented Arcanist, which works great with both Defile and Grimoire of Sacrifice. There’s also an option to run Viper for the mirror/Miracle Rogue instead of one Mortal Coil.

Big Priest looks bad and should fade away. It appears to be more of the same from the class, with Naga Priest looking as strong as ever, Bless Priest doing well and even Quest Priest finding a reasonable niche.

KFT cards haven’t successfully found their way into other Priest archetypes so far, but we do have a strong suspicion based on preliminary data that Spirit Lash is very good in Boar Priest. It functions as a pseudo-Pyromancer that can enable Xyrella, Cleric, and Boars. We would try to run at least one copy, while cutting Flash Heal, as initially popularized by Lynn. If the card is as good as it appears to be, running another copy is also possible.

No KFT cards? No problem! Both Aggro DH and Relic DH are doing very well throughout ladder. Card choice recommendations remain the same as before the patch.

If you run the optimal 30-card Spooky Mage, you should be well positioned on ladder. Avoid Renathal, since it makes you perform worse against both Ramp Druid and Thief Rogue. Avoid Shattering Blast/Viper, since Paladin isn’t popular anymore. Avoid Frost Lich Jaina/Elemental nonsense because it’s just bad.

Animated Berserker has been a huge addition for Enrage Warrior, and a build cutting some 1-drops and going heavier on the curve with Okani, Samuro, and Grom seems to be doing well.

Charge Warrior doesn’t see much play but could have a strong case to return in greater numbers with some promising low sample results. Forge of Souls works well with Outrider’s Axe and Blacksmithing Hammer.

Control Paladin may not be very popular anymore, but it’s still doing fine. Nothing has changed in the way it should be built either.

Beast Hunter quietly remains a good deck throughout ladder but hasn’t successfully introduced cards from KFT. Deathstalker Rexxar has been attempted but looks quite terrible, and the same is true for Keleseth builds.

Players have attempted to reignite an Evolve Shaman deck with Thrall, Deathseer. This looks like an experiment that’s not working out. Attempts to run Ice Fishing and expand the Murloc package in Control Shaman haven’t impressed either. Ice Fishing doesn’t even appear to be a great card in Murloc Shaman!

All in all, the class has stayed put.

Spreading Plague, Ultimate Infestation, Defile, and Animated Berserker. Those are the 4 impactful cards of KFT that have made waves in the format. Spirit Lash and Forge of Souls are also showing promise in currently fringe decks. The memorable Death Knights of yore do not hold a candle to the Mercenaries of Alterac Valley.

It’s a good thing that the most iconic Death Knight of all is coming soon to set things straight.

For now, play Naga Priest: the Meta Breaker that players refuse to break the meta with.