Welcome to the 184th edition of the Data Reaper Report!

A Wild Data Reaper Report will be published on Sunday, January 10th! 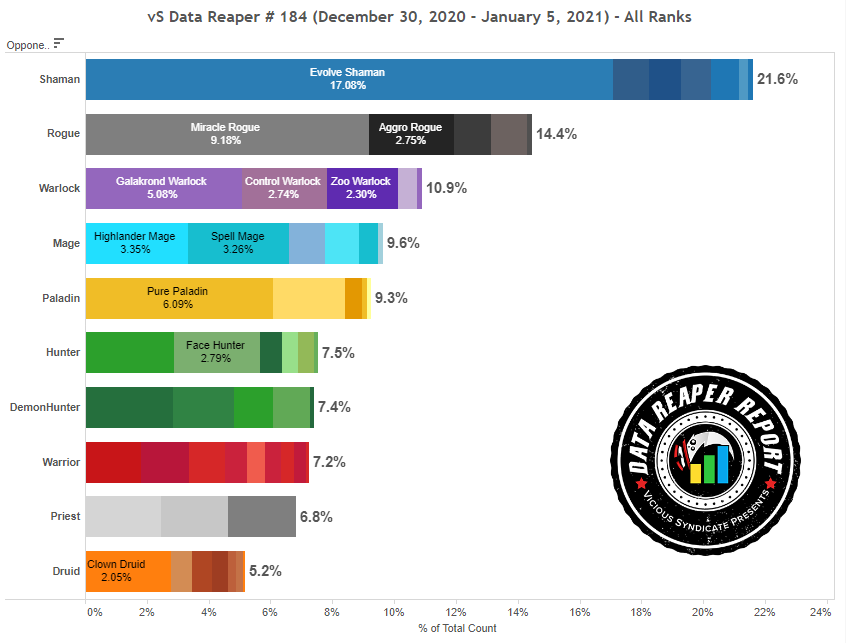 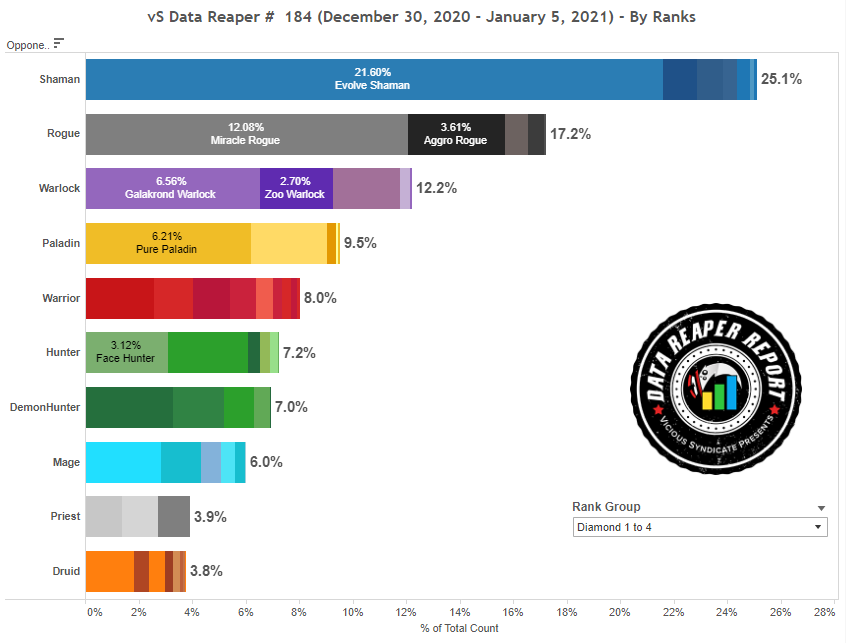 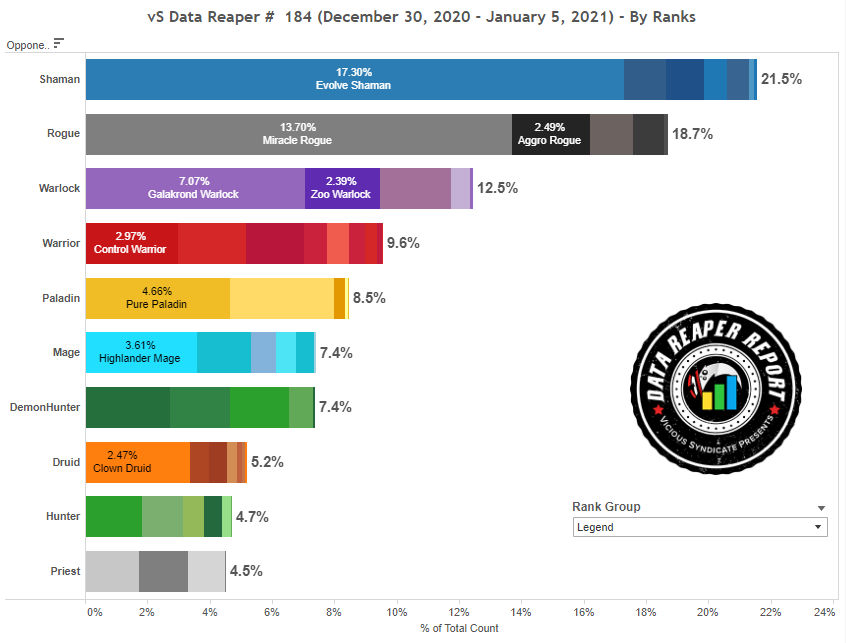 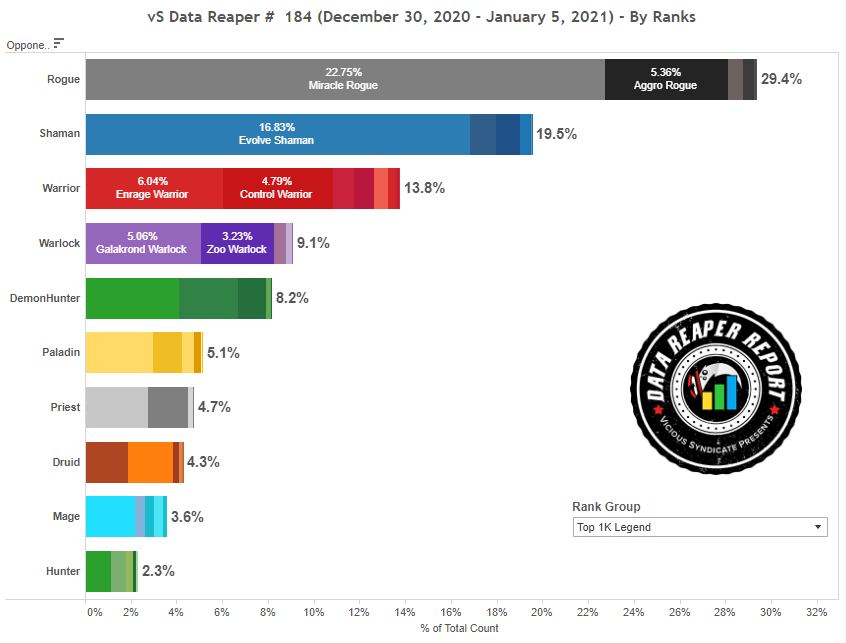 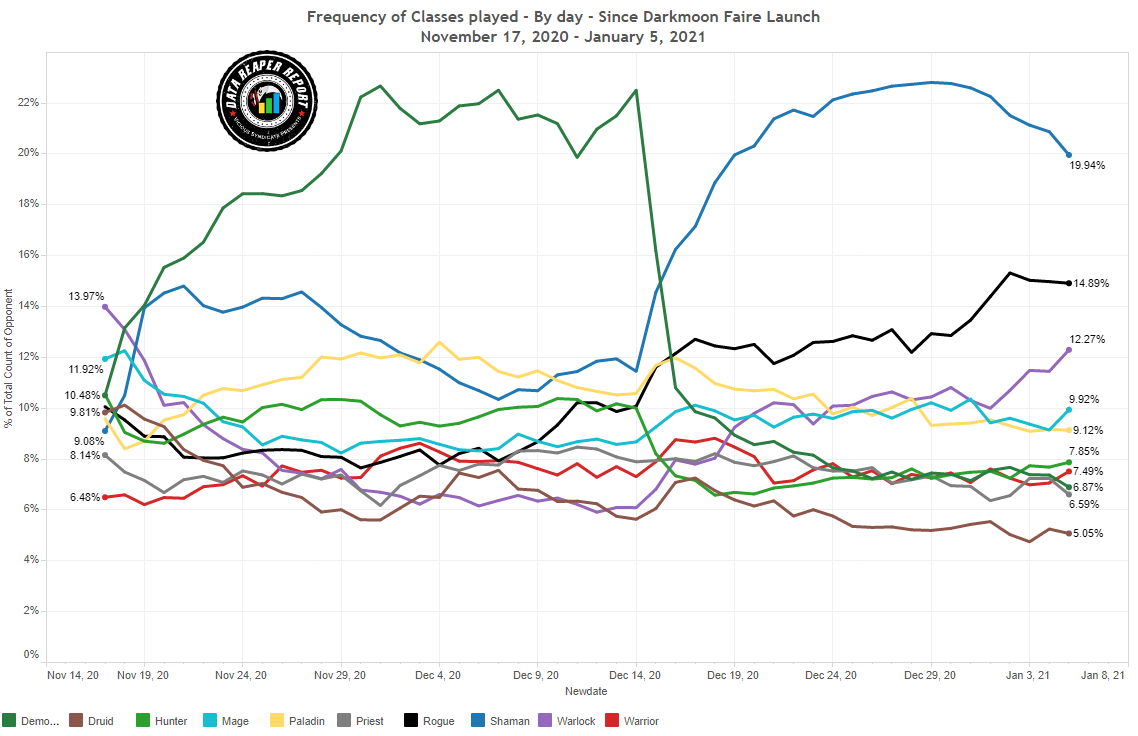 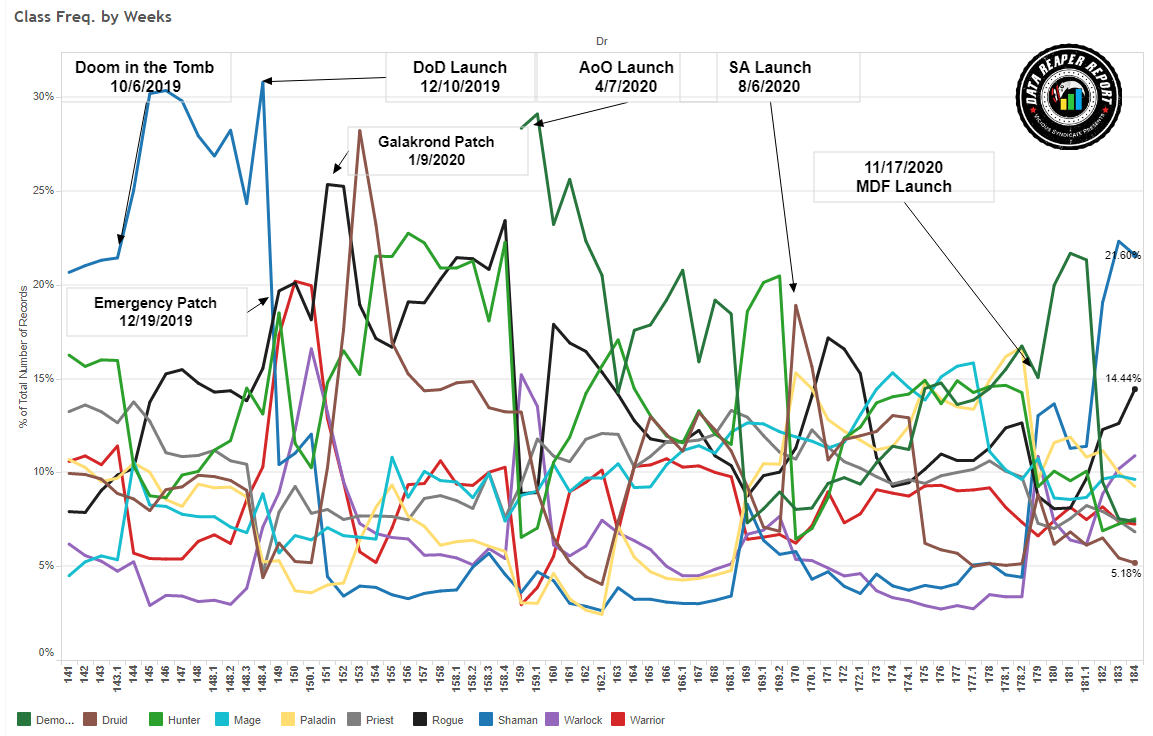 This report will be a short one, for a few reasons:

Finally, we see a relaxation in the numbers of Shamans, which is most noticeable at higher levels of play. Evolve Shaman has been the main target in this meta, leading some to moved away from the archetype even though it’s still very powerful. Games decided by Stickyfingers aren’t particularly fun or interesting.

Unfortunately for the format’s diversity, the shift away from Shaman is mostly a move towards the Rogue class. Miracle Rogue has spiked in play and is now the most dominant deck at top legend, where the class nears 30% of the field. Aggro Rogue has also finally broken out in greater numbers, with different approaches being explored in order to perform better against Evolve Shaman.

Warrior is a fractured class (exhibiting many different decks) that cleans up at higher levels of play. This is where you mostly find Enrage and Control Warrior. Enrage Warrior, interestingly, is now the most prevalent Warrior deck at top legend.

Warlock maintains a strong presence following the promising results of both Zoo and Galakrond Warlock. While Galakrond Warlock is the more popular deck, Zoo is slowly getting more attention

Demon Hunter has stabilized its fall in play, and seems to be sitting somewhere in the middle, which tells us that, at least from this class’ perspective,  the balance changes were well designed. Soul DH’s play rate is modest and stable. Aggro DH is the most popular deck throughout ladder before fading at top legend, where Lifesteal DH becomes the most common.

The rise in Rogue is most likely the cause of Paladin’s decline. Both Libroom and Pure Paladin have proven to possess decent matchups against Evolve Shaman, but neither deck can handle Miracle Rogue whatsoever.

Priest is also declining with none of its decks gaining any traction or displaying consistently good results. The class is split into three main archetypes, but only Highlander Priest seems to be surviving well enough at top legend.

Mage has a very similar story to Priest, where it has a bunch of decks available to it, but it’s Zephrys who keeps it truly competitive. Only Highlander Mage can be found in noticeable numbers at top legend.

Players have noticed that Hunter is fine after the balance changes, though the class is still mostly ignored. Face Hunter is picking up play, with the toxic burn variant getting more common. And of course, there’s that Zephrys deck.

No significant movements in the Druid class, which is probably the most eager one to see balance changes. The dominant duo of Rogue and Shaman have not been giving Malfurion a very good time. 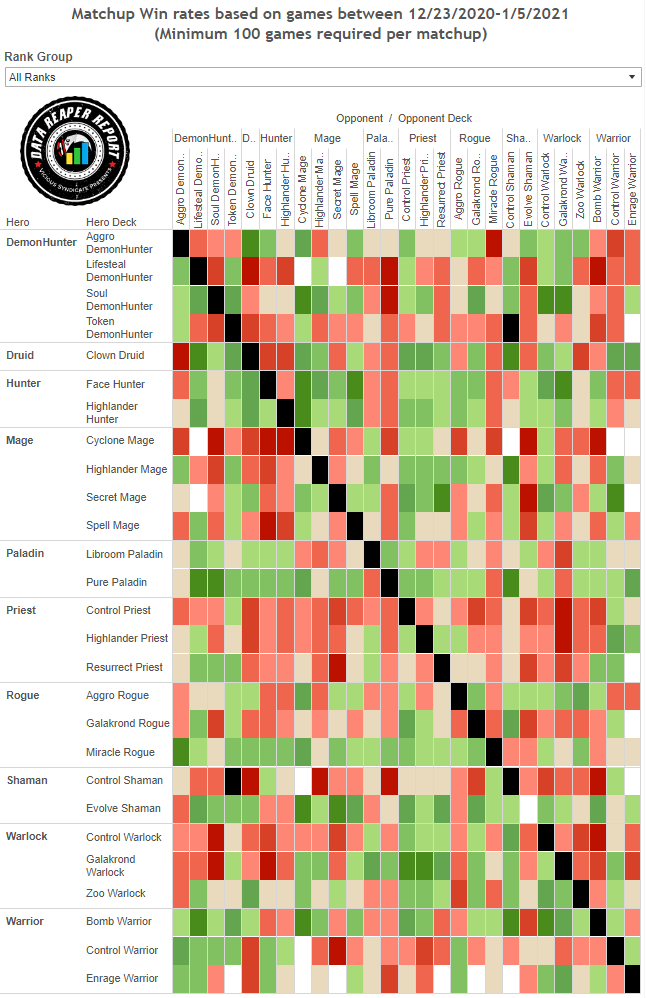 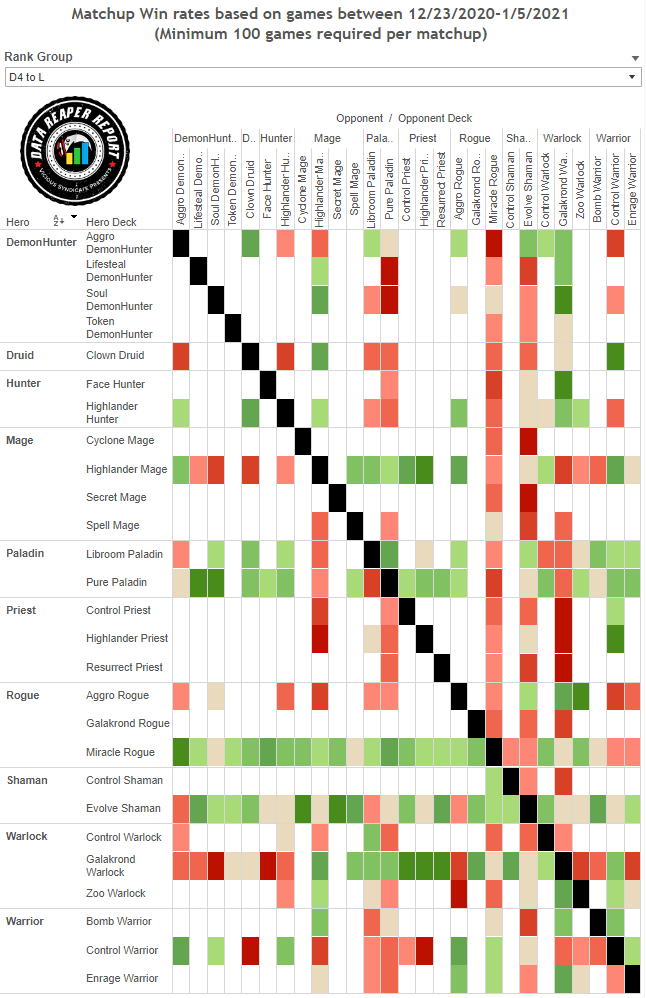 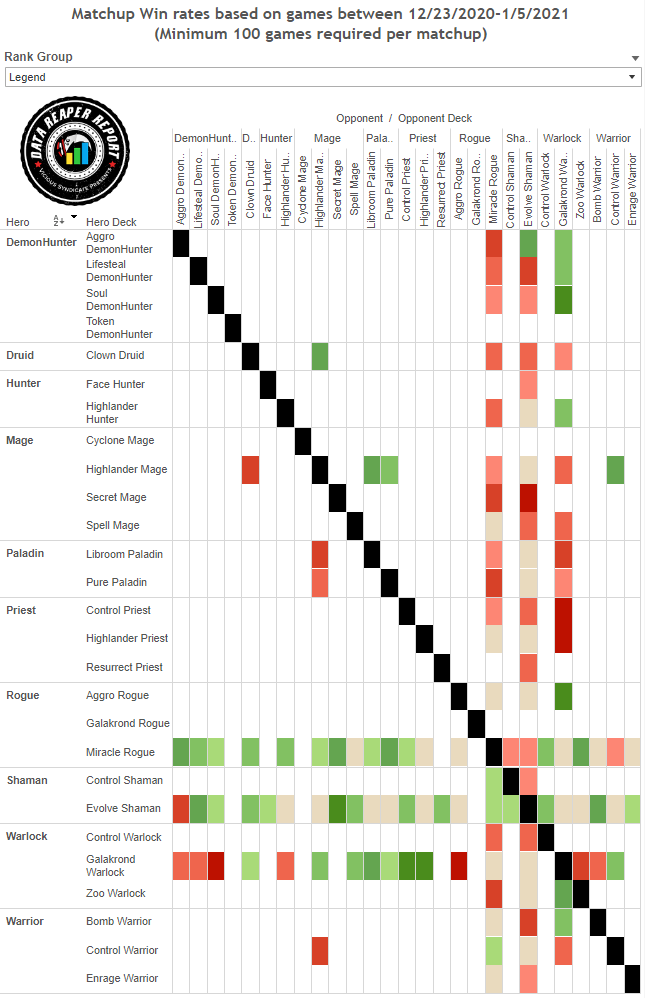 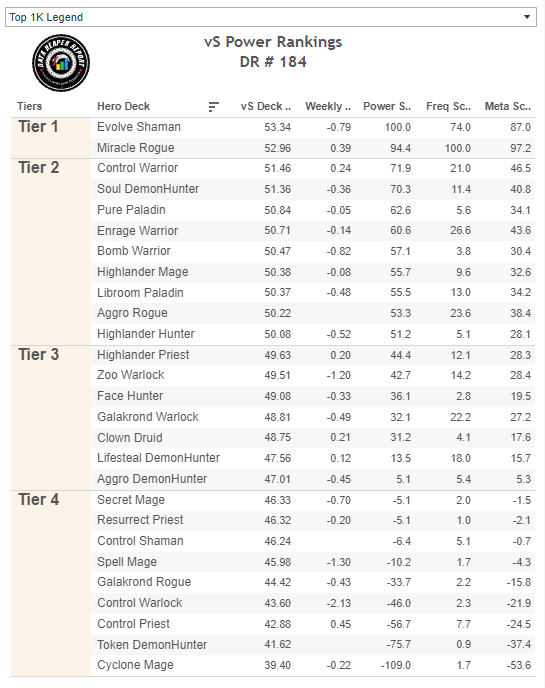 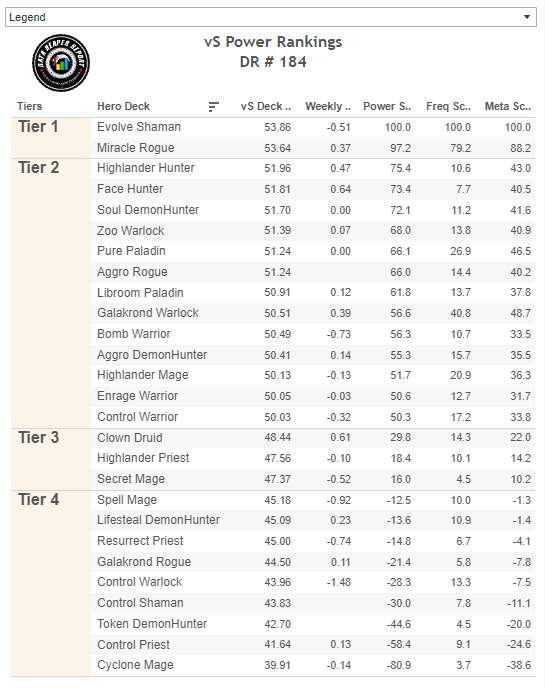 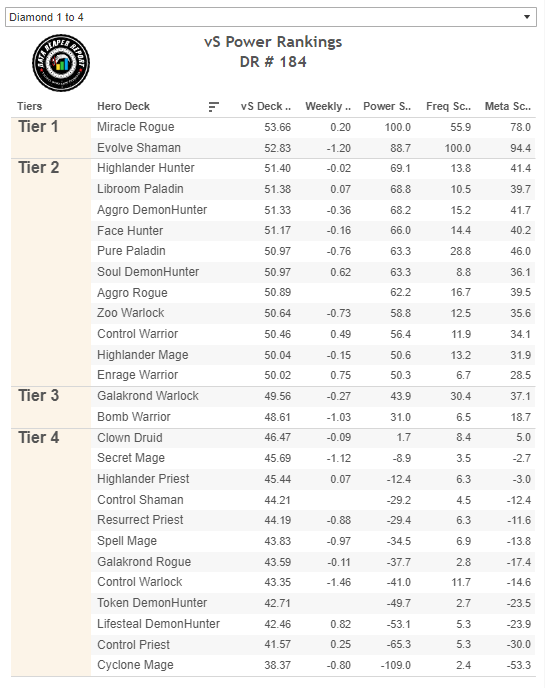 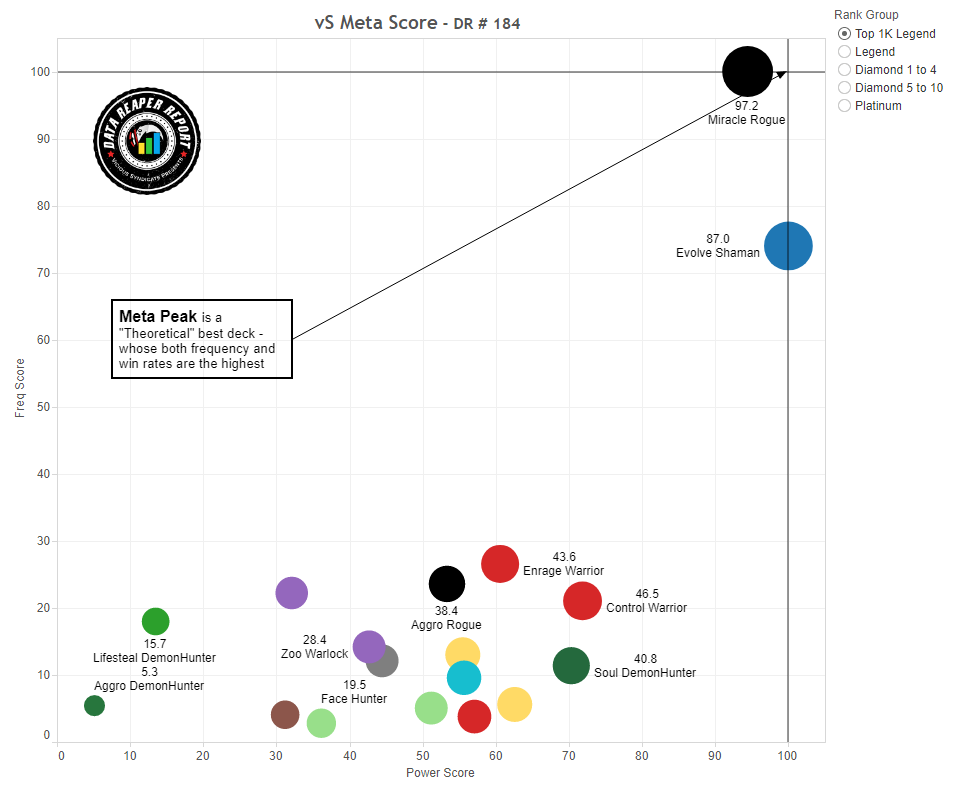 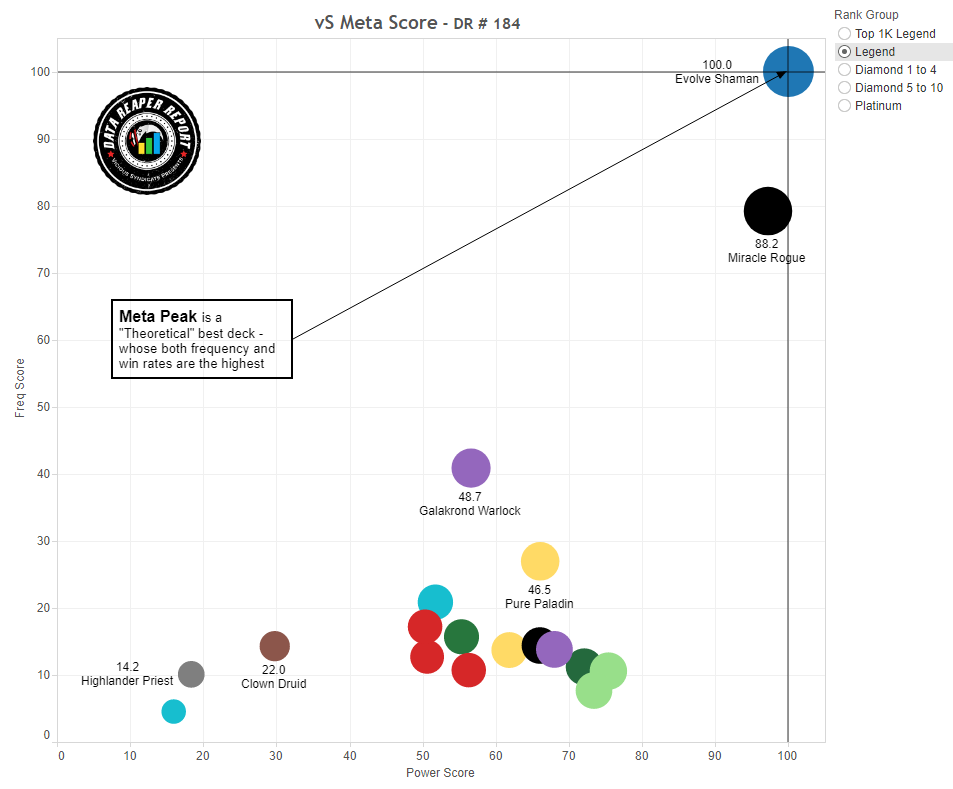 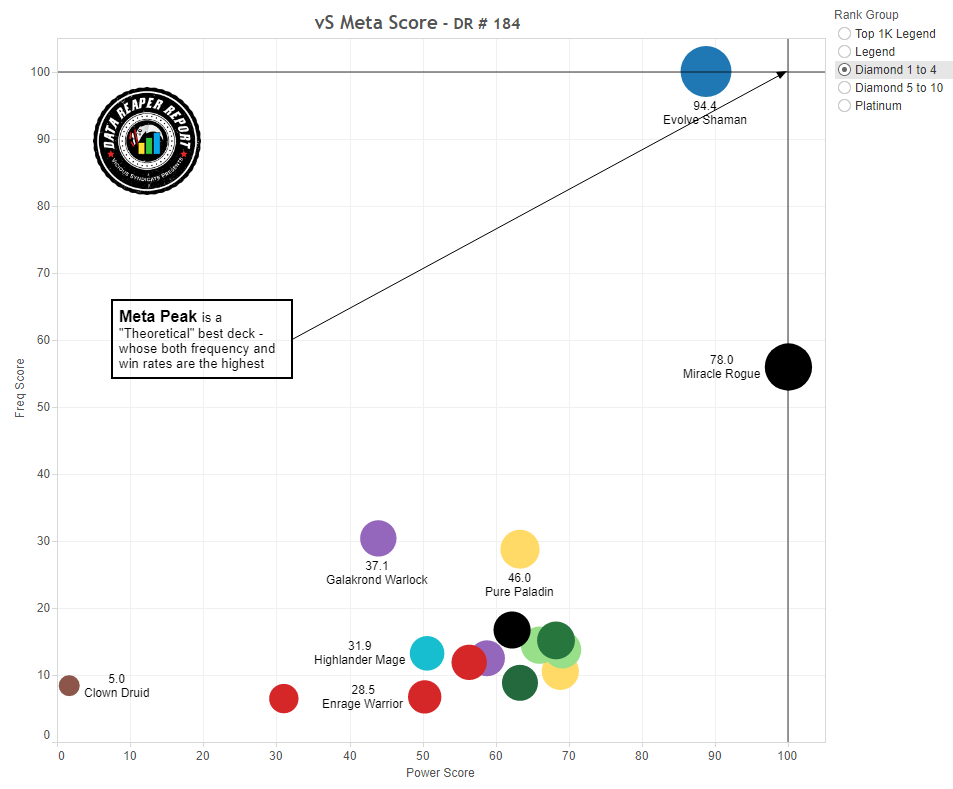 Aggro Rogue has multiple variants, but the most promising one that we can see lifting the archetype into Tier 1 territory runs a similar shell to Combo Miracle Rogue, but opts for more aggressive cards in Spymistress, Defias Ringleader, Wriggling Horror and Hooked Scimitar in order to pressure Shaman harder in the early game. This gives you the edge in that matchup, at the cost of percentages against classes such as Warrior and Priest.

We added back the Cache/Scythe package in Enrage Warrior by dropping Bomb Wrangler, a 3-drop that seems redundant next to the superior EVIL Quartermaster.

We’ve identified Mortal Coil as a promising addition to Galakrond Warlock. The additional draw helps you heal better through soul fragments and find your Tickatus in late game matchups. We dropped Owl and Sac Pact for it. Stickyfinger is the the one tech card that’s still far too important.