Welcome to the 211th edition of the Data Reaper Report! 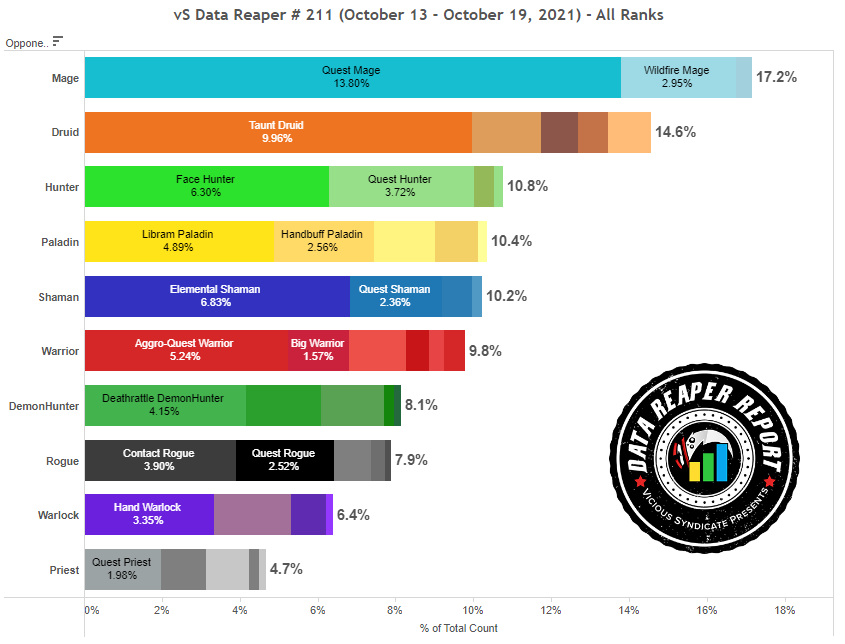 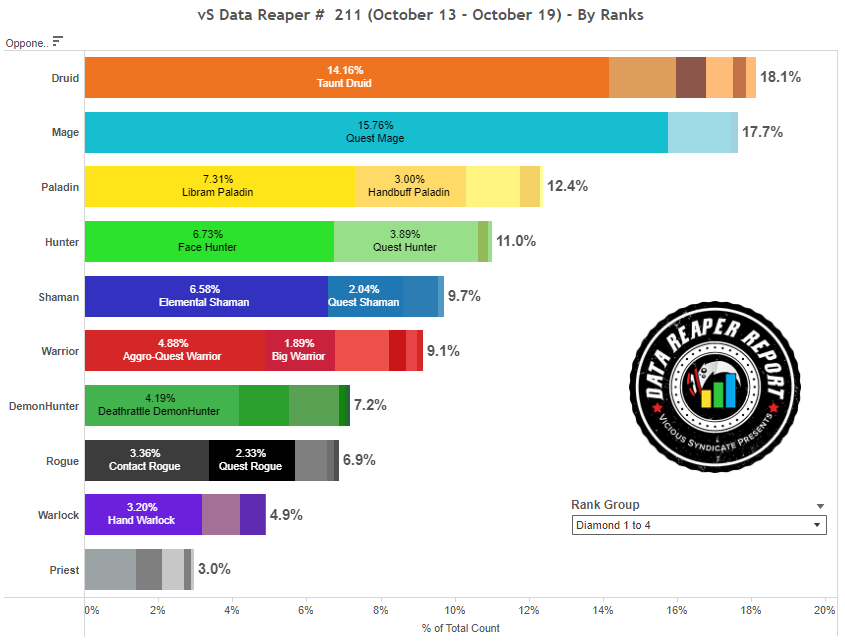 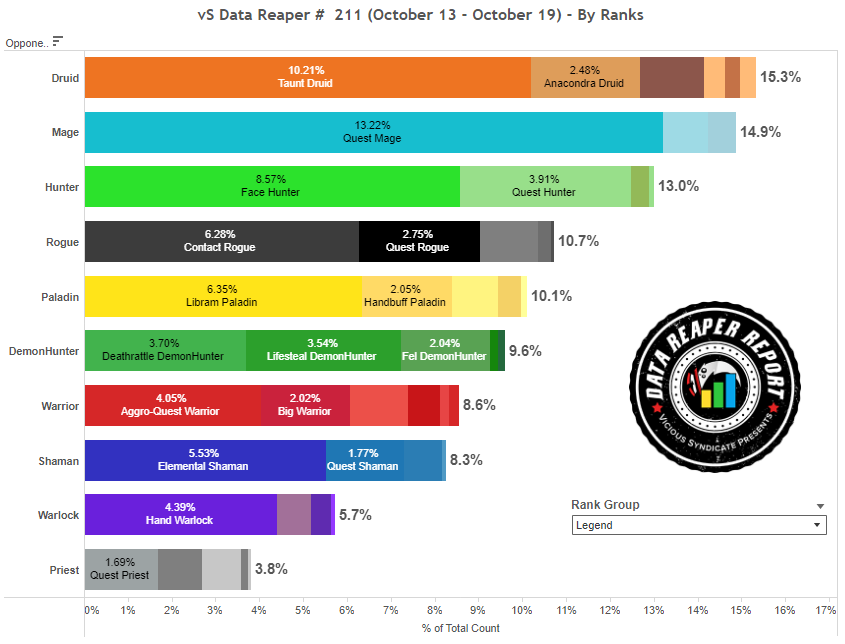 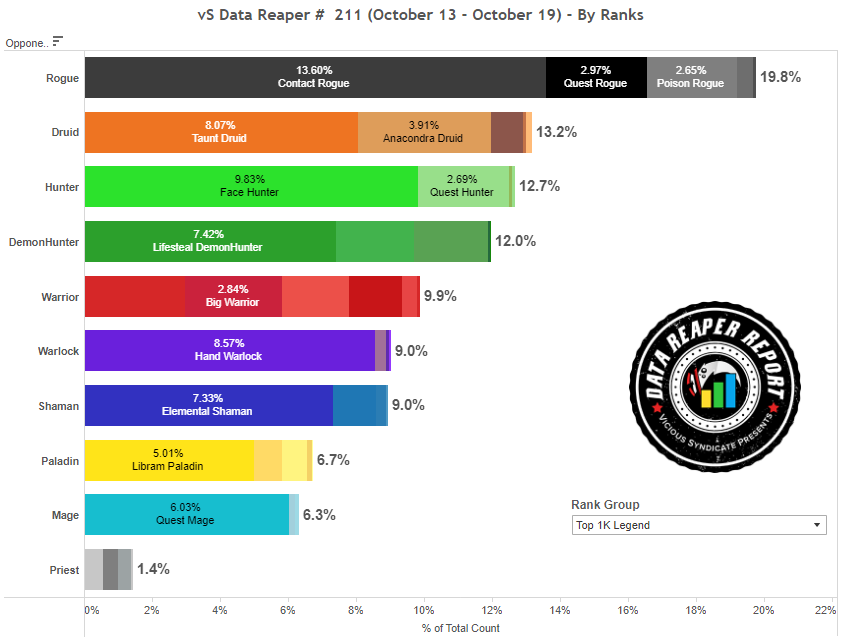 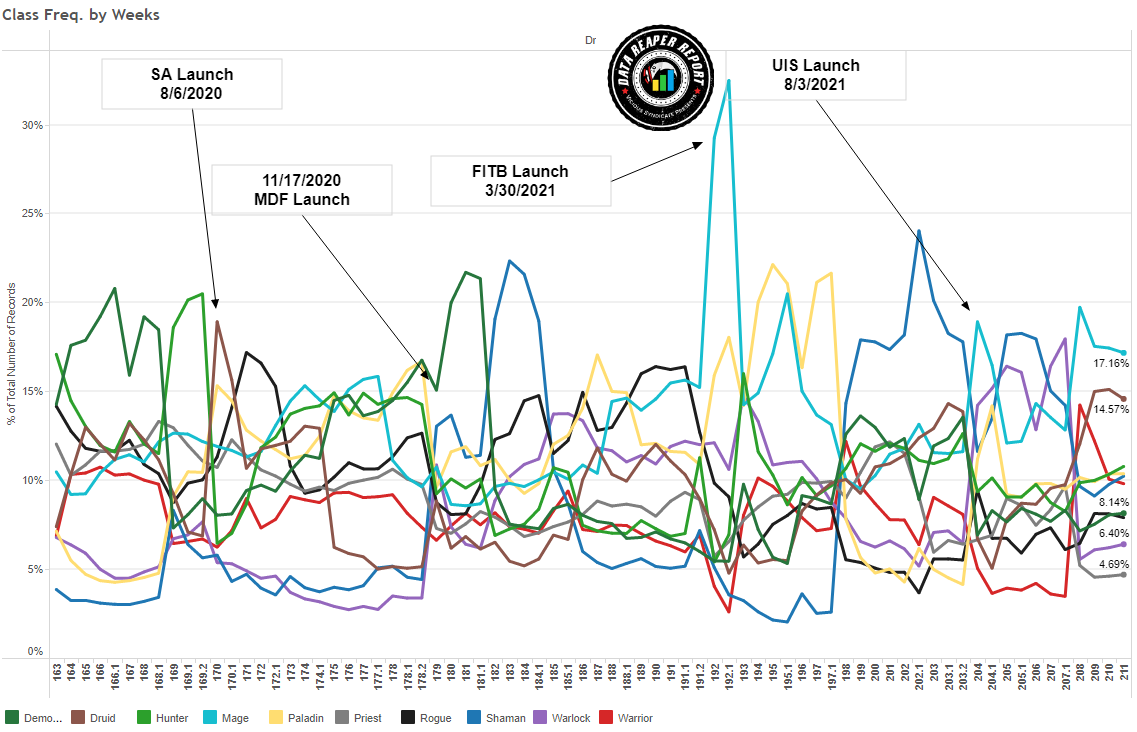 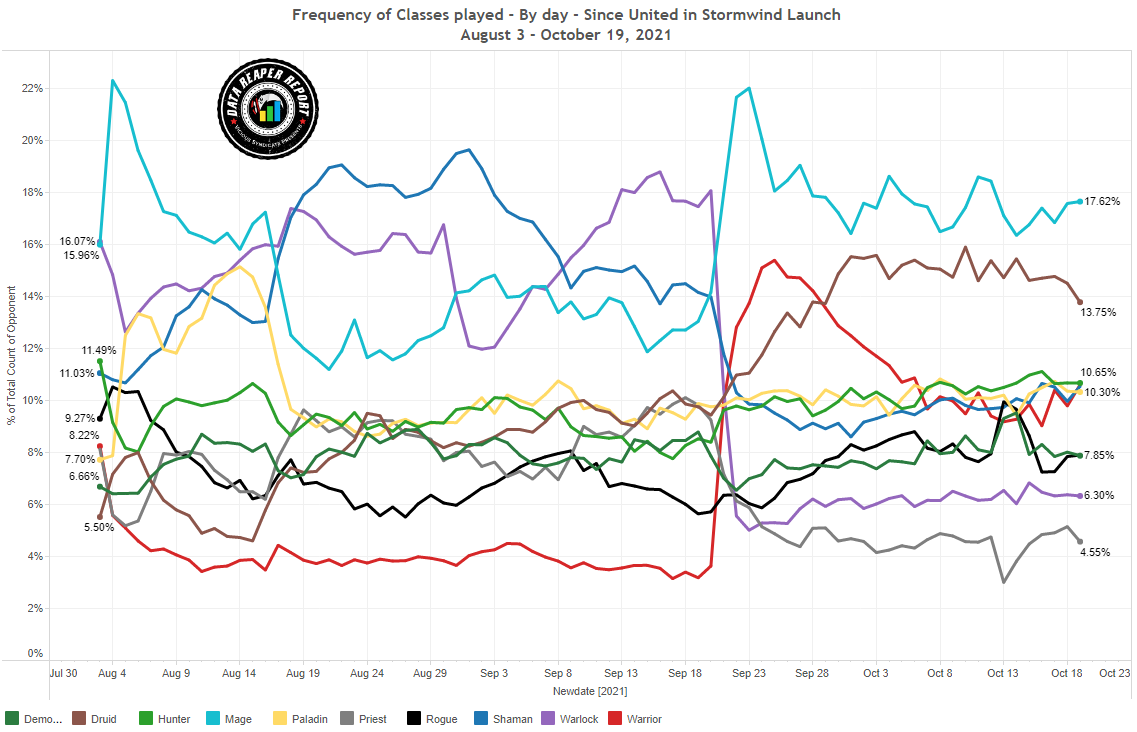 This one will be short…

Contact Rogue’s population seems to have hit saturation under 15% at top legend. Its play rate outside of legend, where it doesn’t win many games, is under 4%.

Quest Mage is continuing its decline at legend, but the deck remains extremely popular everywhere on ladder except at the very top.

When Taunt Druid declines, Face Hunter goes up and Quest Hunter does down, a response to their respective performances against the deck. Face Hunter is very popular at higher levels of play.

Not much movement in Demon Hunter. Lifesteal DH exists to counter Rogue.

Handlock is rising in play as Mage goes down. The deck has become quite popular at top legend, but wherever Quest Mage remains extremely prevalent, Warlock’s presence is light.

Libram Paladin stands in place. The Vanilla build remains more popular, though the Secret build has become relatively more noticeable throughout ladder. This mostly has to do with the popularity of Mage, again. 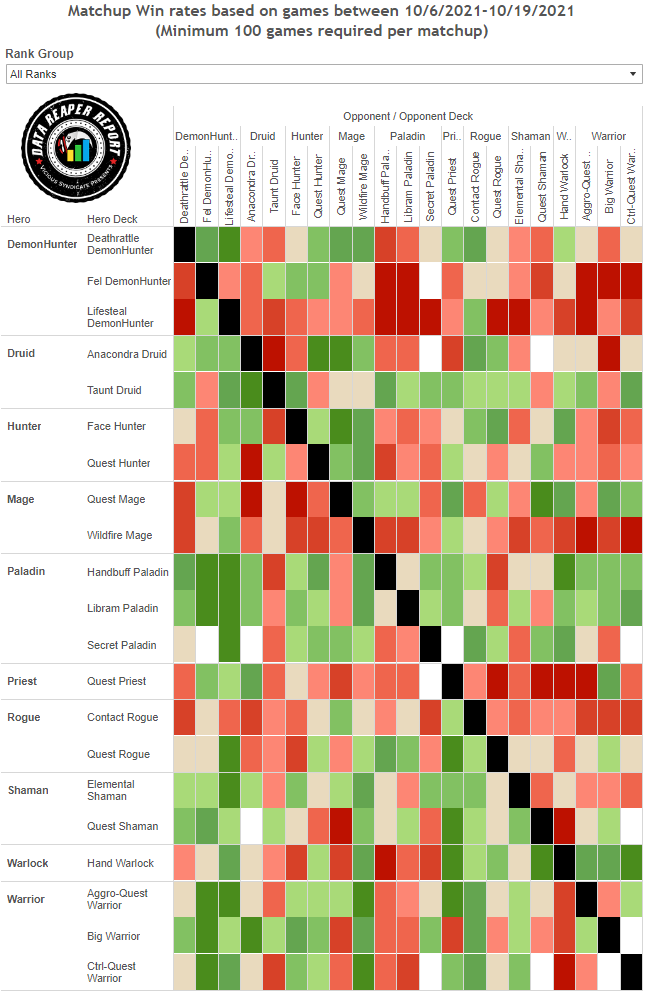 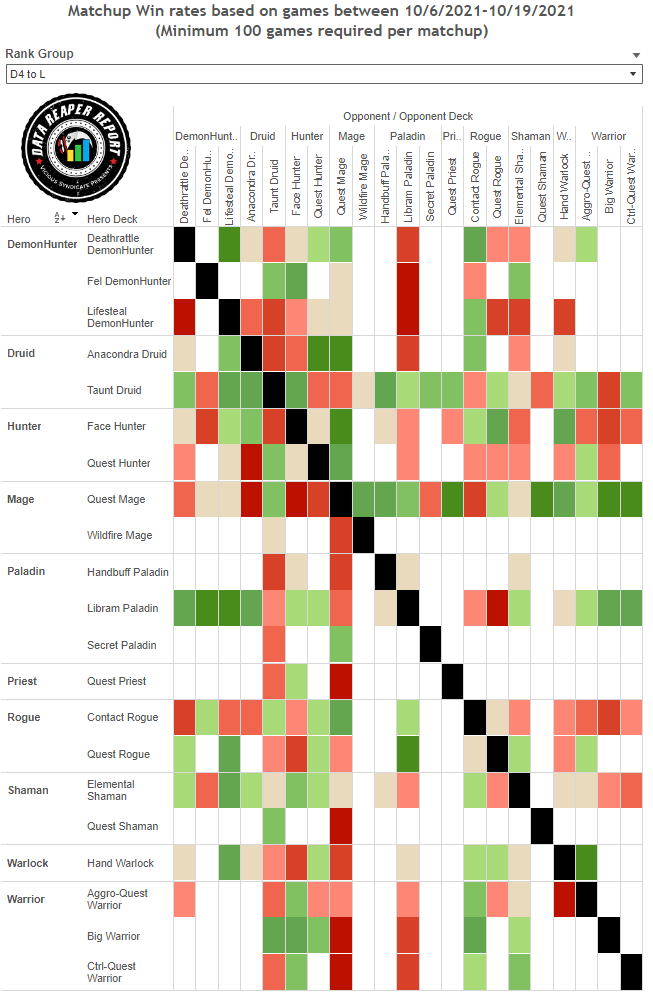 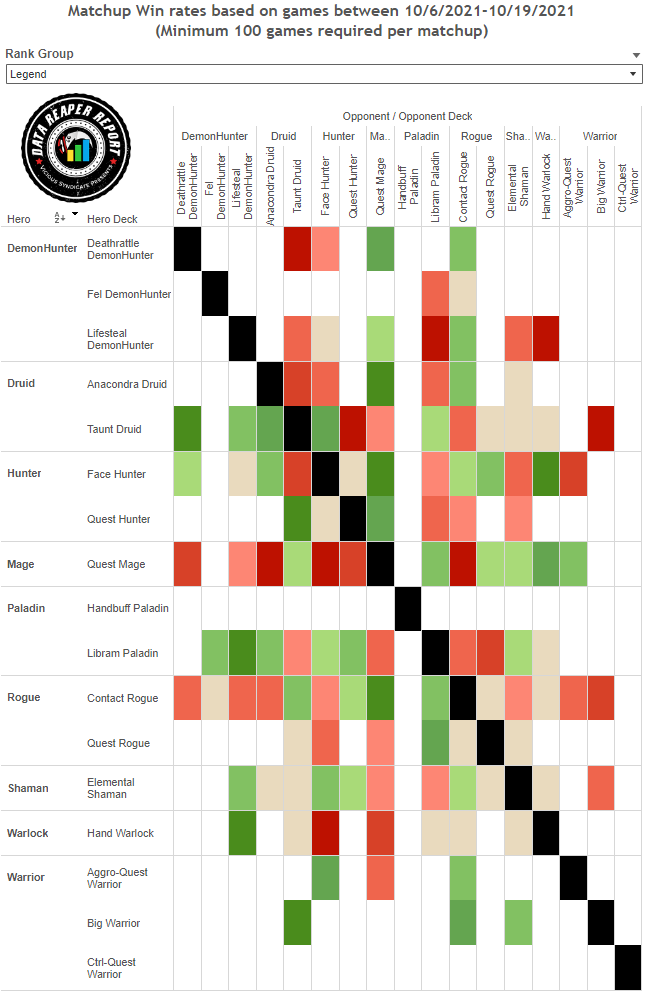 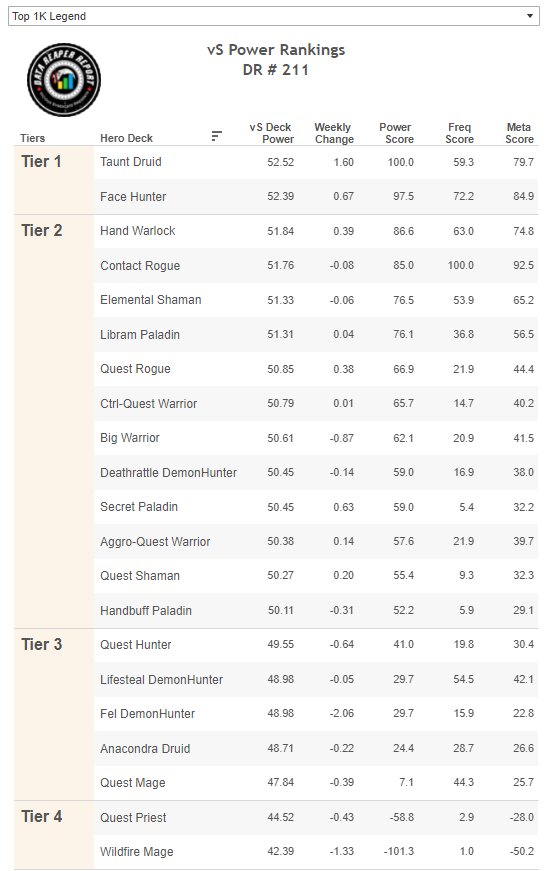 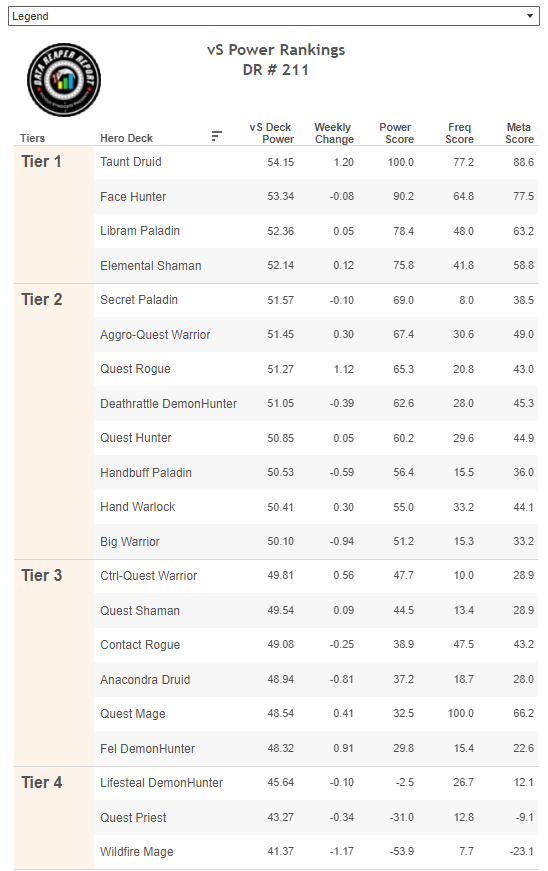 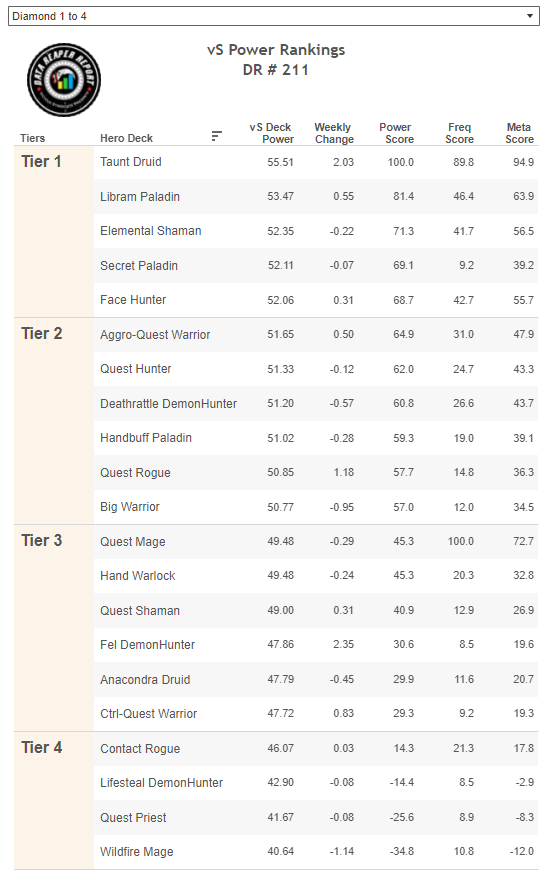 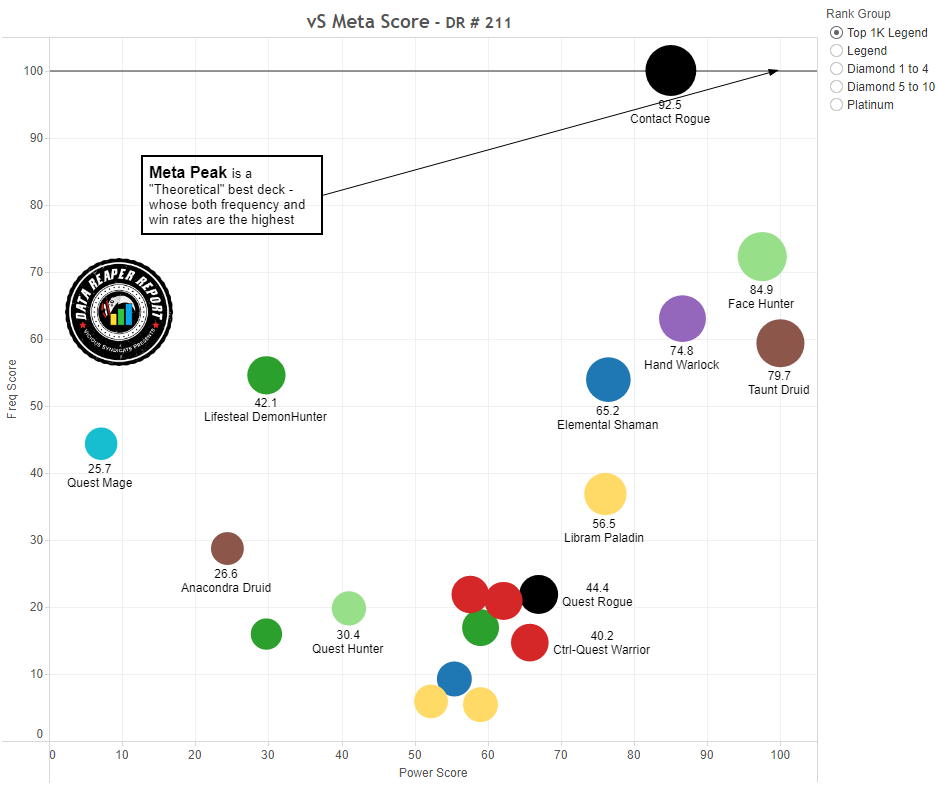 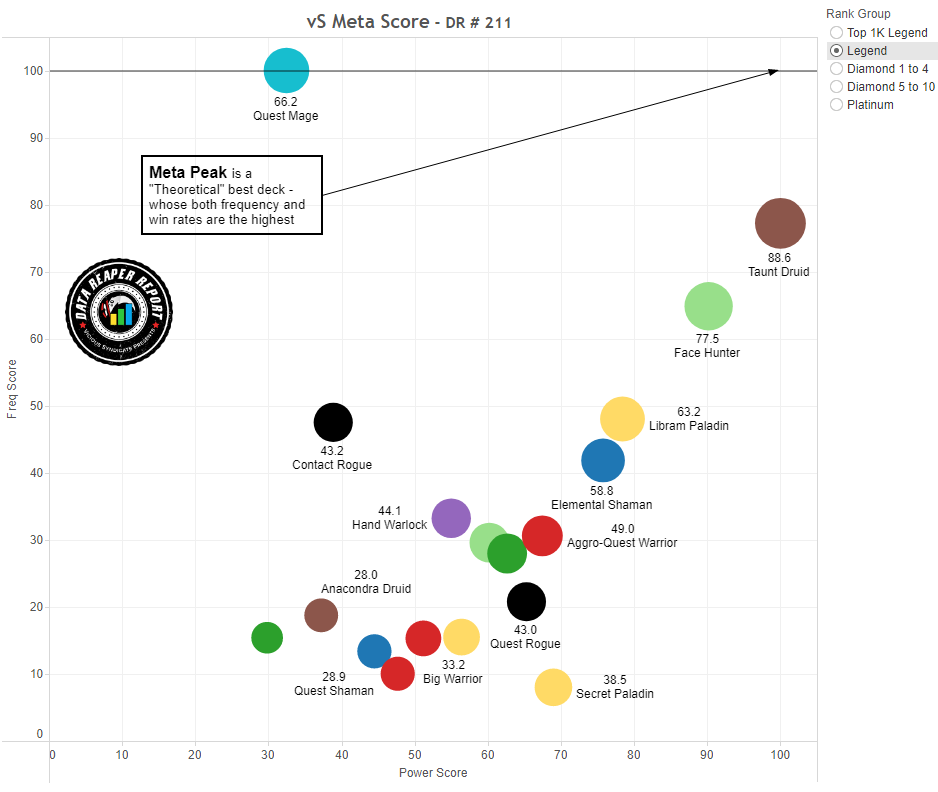 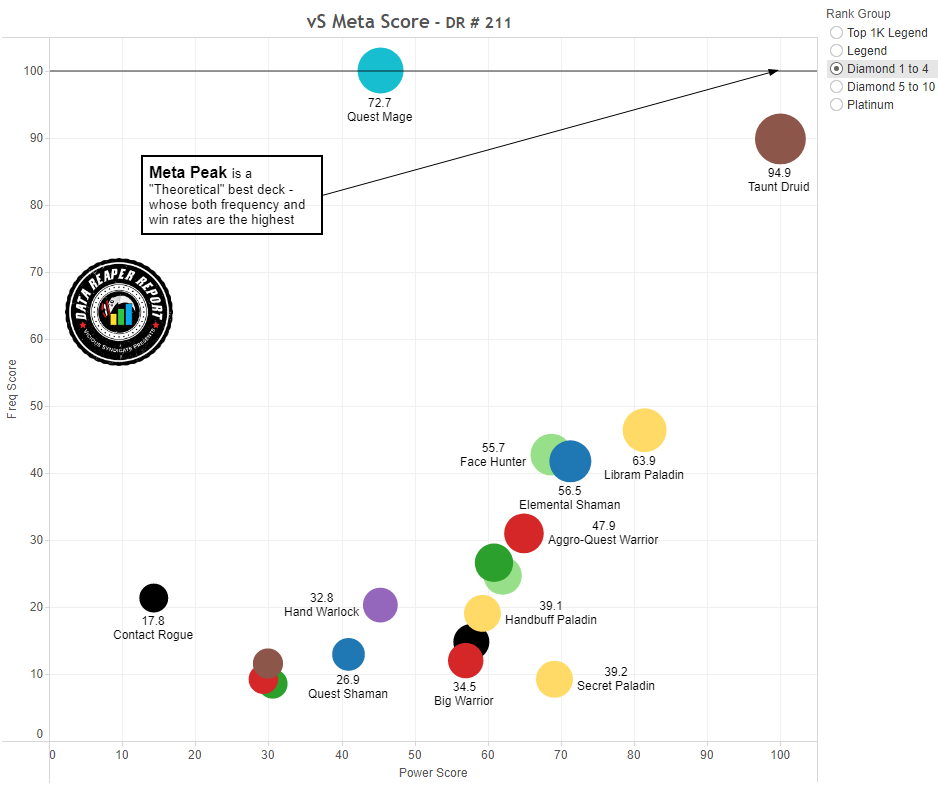 It feels like most players are waiting for the mini-set at this point. The meta is slowing down and the pieces are becoming more settled. We’re still expecting a few wrinkles once pros reveal their hands this weekend at the Master’s Tour, but we don’t expect drastic changes or discoveries.

Our podcast this weekend is going to be a special discussion about Meta Dynamics and how to apply it to your gameplay decisions, so if you’ve liked episode 45 of the podcast, you can look forward to the continuation!

For now, play some Mercenaries. Or Taunt Druid. That deck’s pretty good.