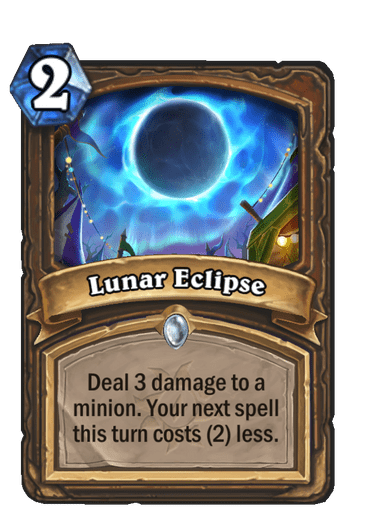 You can think of this card as a Bogbeam that can be activated much earlier if it’s paired with another spell. It allows Druid to fend off aggression during its more passive early game ramping phase. Even when you don’t make use of its ability, dealing 3 for 2 mana is hardly terrible. Ramping Druid decks will love this as much as they love Anubisath Defender. Defensive cards that can cost 0 are just good. 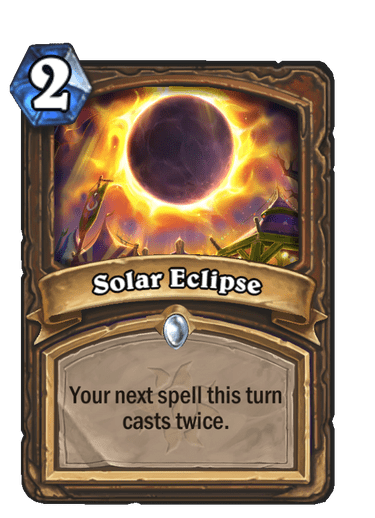 A 2-mana ‘duplicate’ effect on a spell seems cheap and powerful. Many Druid archetypes carry highly impactful and expensive spells that they’d love to duplicate. Solar Eclipse is also very flexible in the sense that it can serve both defensive and offensive purposes (board clears, removal, life gain, damage, board development). Hard to see it not finding strong usage at some point, even if it’s not immediate. 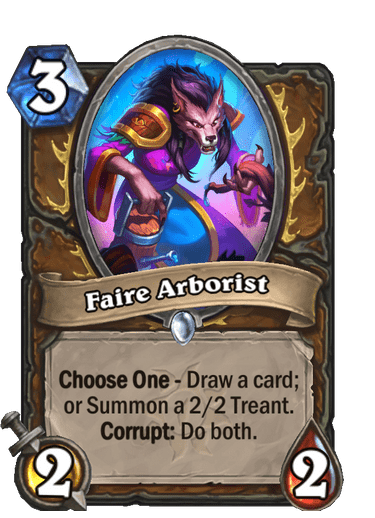 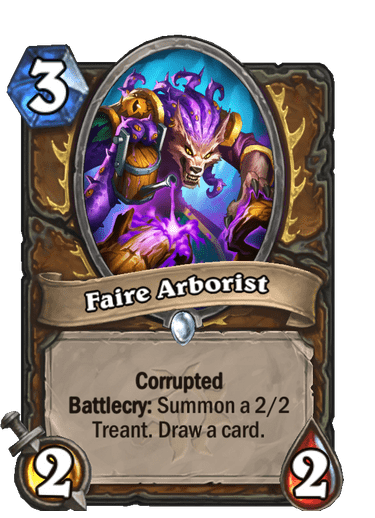 This card is okay, but which deck is going to play this? Ramping Druid decks aren’t really going to keep this card and look to play it on turn 3 so they can have a worse Novice Engineer. By the time it gets corrupted, Druid has far more powerful card draw options. This is also a bit slow for faster Druid decks. We don’t see a point. 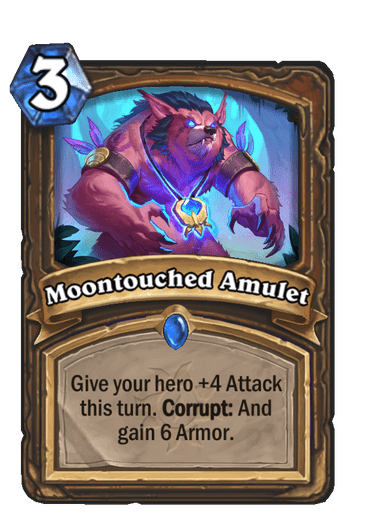 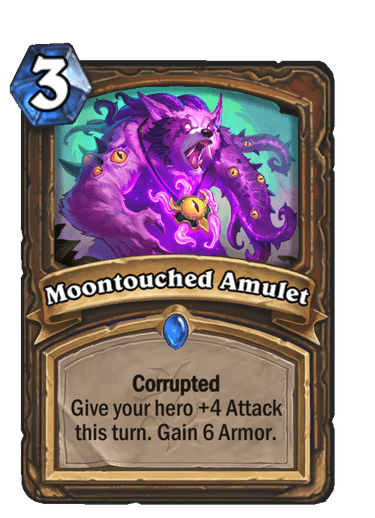 This card seems underwhelming on the surface (Feral Rage in 2020?). Unless we’re playing Y’Shaarj, where it might be a late game stabilizer, we don’t think Amulet will be worth it in other scenarios. There are better early game removals available as well as life gain options. It’s playable but we suspect it will fall through the cracks. 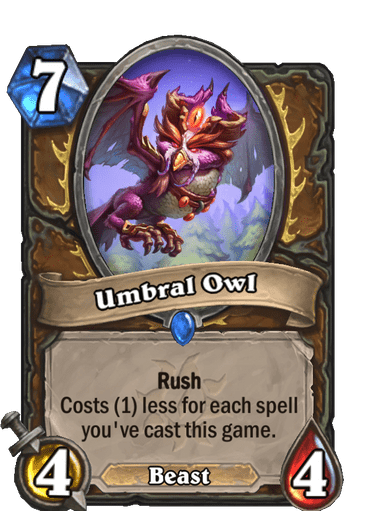 Oh, so we’re just giving ramping Druid decks a 0 mana 4/4 rush minion. Sure, we’ll take it. This card is so easy to discount and provides the swing back potential that Druid loves. At 3 mana, Umbral Owl is already well worth the cost. We’re not sure what else to say other than “rush minions that can cost 0 mana are good”. Should we remind you it scales with Survival of the Fittest? 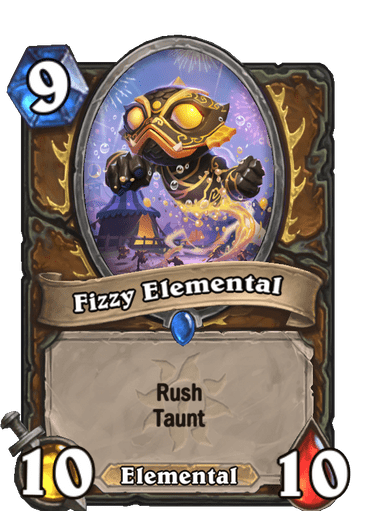 That’s a very big boy. The elemental tag is hinting at N’Zoth synergy, and Druid certainly has the capability of running a Big Druid deck with multiple tribal tags in order to take advantage of the Old God (Winged Guardian, Emerald Explorer), but have we seen any other indication that this archetype can seriously compete when it has failed to do so throughout this year? No. 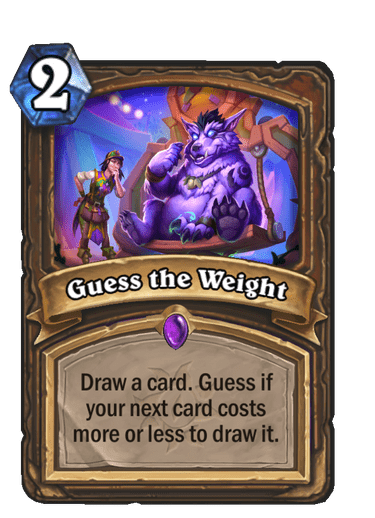 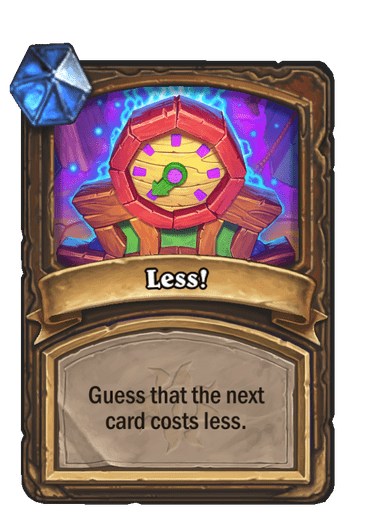 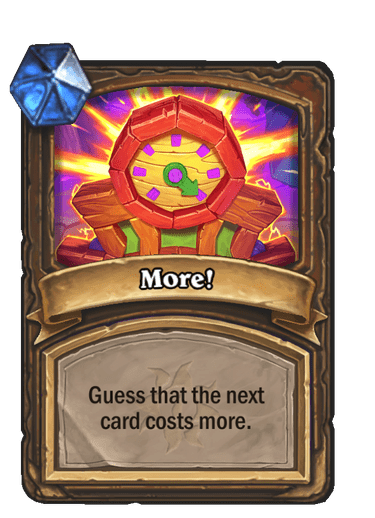 Drawing 2 cards for 2 mana is very good. Drawing 1 card for 2 mana is very bad. How often can we guess the weight right? Is it good enough to guess right 50% of the time? We don’t think this card is powerful enough to warp our deck building into making that guess easier, but it might end up being included if a deck is already conveniently built to make use of it. For example, a Survival/Guardian deck tends to have very cheap cards and very expensive cards, so we should be able to guess right more often than half the time. The deck may want the early game draw to find Overgrowth more consistently, so it could be useful here. 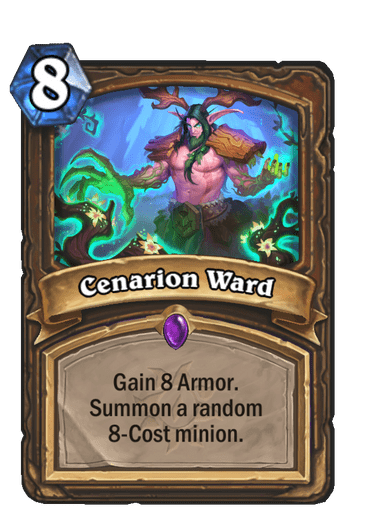 This is an 8-mana spell that’s far worse than the nerfed Guardian Animals but requires no significant deckbuilding investment. Would fit a potential Yogg Druid and has synergy with cards such as Nature Studies, Anubisath Defender and Solar Eclipse. Not outstanding but playable. 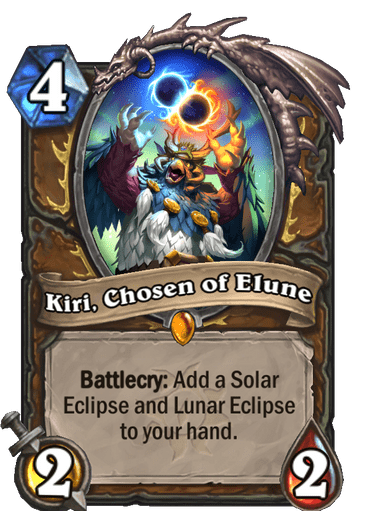 Weak body that generates quite a bit of value. Reminds us of Xaril, an old Rogue legendary that didn’t really make an impact. The spells Kiri generates are significantly stronger though and work well together (Solar Eclipse followed by a Lunar Eclipse deals 6 damage to a minion while discounting our next spell by 4 mana, making their cost a net zero). But it’s such a terrible body in a class that really doesn’t want to fall too far behind that our follow-up play doesn’t even make up for the initial tempo loss. If our opponent just sits there and does nothing then sure, Kiri is alright. 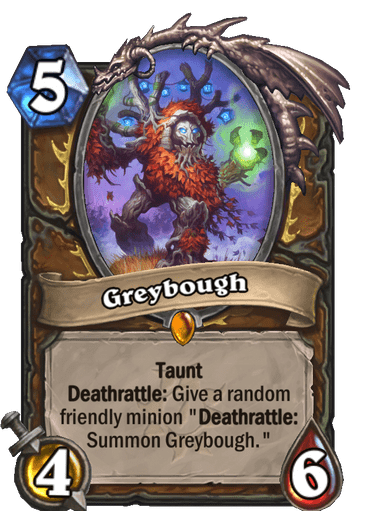 Pretty good stats for a 5-mana taunt on top of a strong ability. Greybough forces the opponent to kill any other minion the Druid has on the board, but since it’s a taunt, this becomes very awkward to do unless the opponent has spell-based removal. This means that Greybough could occasionally lock opponents out of the game if they don’t have a way to immediately deal with it. Any Druid deck that develops the board more proactively in the early-to-mid game should find this card to be a perfect fit, and therein lies the problem. Where are these Druid decks and what makes us think they will appear now?

The state of Druid is a bit of a weird issue with us. On the surface, we think its Darkmoon Faire set is quite weak and underwhelming. It received some serviceable cards that the class will likely use effectively, but other than Umbral Owl, none of them scream “total power” to us.

Surprisingly. Druid’s total power may lie in its neutral acquisitions. If we had to name one Old God that we’re certain will see play in one specific class, it would be Yogg-Saron in Druid. His synergy with Malfurion is ridiculous due to the spell-heavy shell of ramping Druid decks, their need for comeback mechanics due to their nature of falling behind early, and the fact that Yogg-Saron can very well come down before turn 10 because we’re playing a ramping Druid deck!

Furthermore, Carnival Clown is a tremendous fit in Druid with Survival of the Fittest and could prove to be one of the strongest and most warping late-game win conditions in the format, elevating a new Druid archetype with a fitting name: Clown Druid!

So, while we’re not sure whether Druid will be the best class, because its strategies will likely face some effective counterplay, Druid could shape how other classes build their decks.

But Druid doesn’t stop at Yogg-Saron. We think it might be able to utilize other Old Gods effectively, though it’s less likely. N’Zoth is a strong fit for a Big Druid deck, while C’Thun could be an effective finisher in the defensively focused Quest Druid.

So, Druid has some cool options, but the most urgent matter are those damn Clowns.