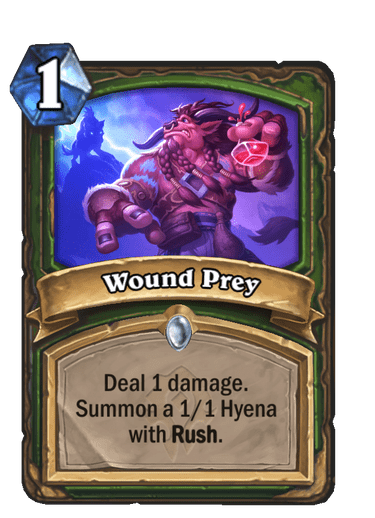 Step aside, ‘On the Hunt’, Hunter gets a new version of the spell which now adds rush to the 1/1 beast summoned. Obviously, this makes the spell more powerful as it can deal with two health minions, as well as two small minions on the same turn. Taking into consideration another good card that pairs very well with it, this has a decent chance of seeing play. 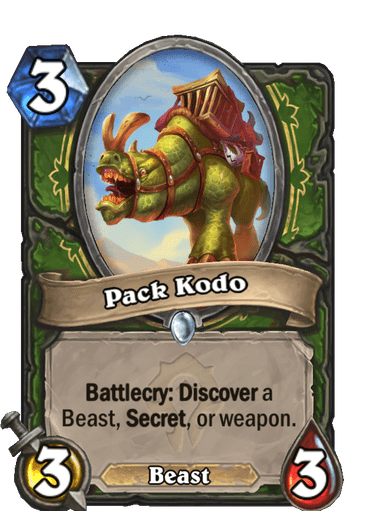 This is a strong 3-drop for Hunter that can find it some value or damage on top of being a solid body. Considering the class lost most of its strong turn 3’s, it’ll be looking for something to fill the void and Pack Kodo should perfectly fill that role. Has both beast and secret synergies. Competes with Bearshark, and we think it’s a better card. 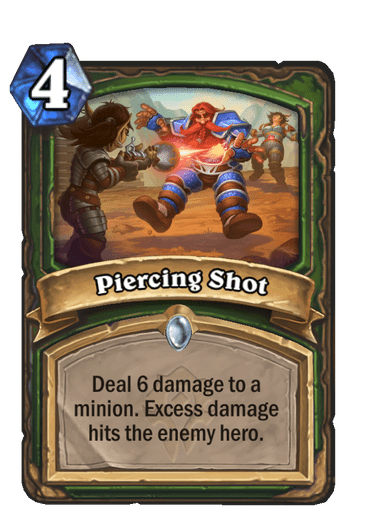 This is basically Explosive Runes in activated spell form. This could be quite powerful as both a removal tool, as well as indirect burn damage to face. If we wanted to burn our opponent, we could find a nice 1-health minion to hit this with. It also works on our minions! Nice card to replace Kill Command with. 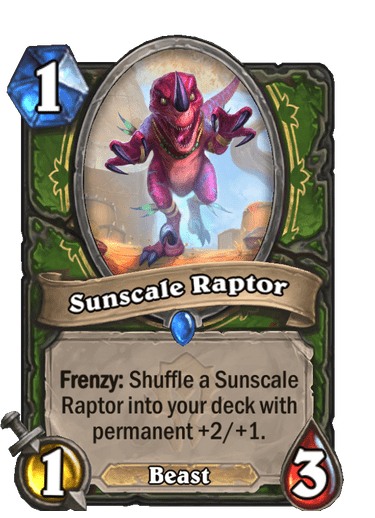 This card can keep scaling with its permanent buff, giving us big 1-drops later in the game. The problem is that we don’t want to draw an oversized 1-drop in the late game but would rather find our game closing tools. This makes the ability largely irrelevant in our eyes, but the card would be playable without any text. A Dire Mole is just good and should see play in Beast Hunter decks. 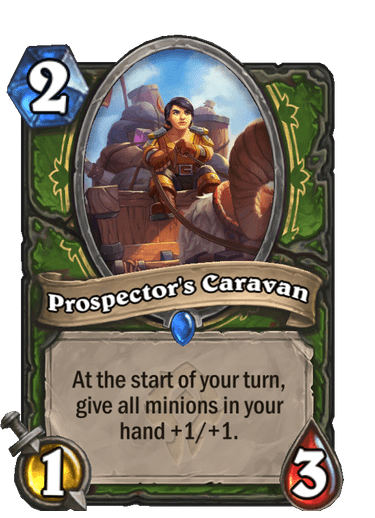 This card is a big yikes. Horribly slow and it’s very optimistic to think that Hunter can keep it alive, or that it will somehow win the game because it got activated once. 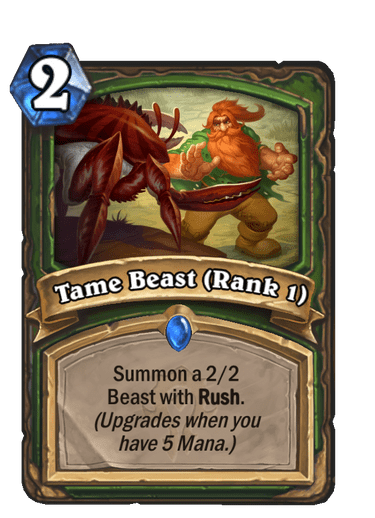 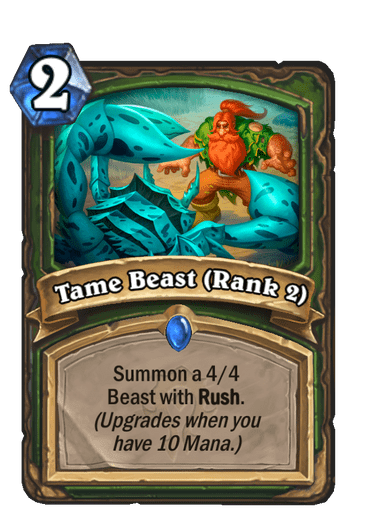 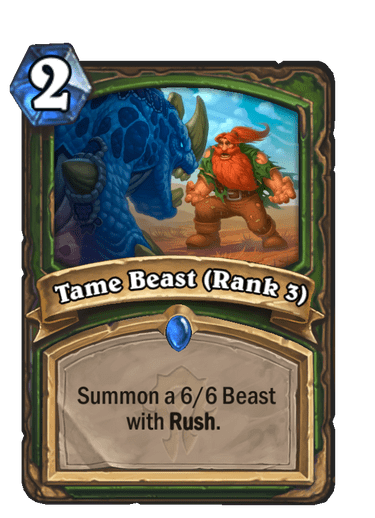 Tame Beast is a weak turn 2 play, which is sometimes serviceable, but becomes quite strong on turn 5. A 4/4 rush for 2 mana can enable a mid-game tempo swing, something that Hunter often sorely needs, especially in combination with Tavish Stormpike. Can also be drawn off Barak Kodobane, and since we like both legendary minions, it seems to have the synergy required to see play. 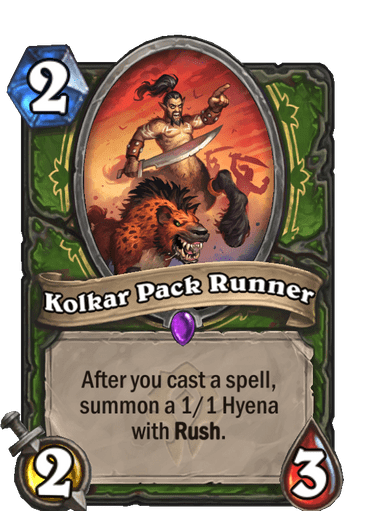 This card is a big addition to the Hunter class and allows it to swing the board back by chaining multiple spells in a single turn. It’s a pseudo-replacement for Unleash the Hounds in its response to aggressive opponents, but far more proactive in its usage and the body can just be dropped on 2 and act as a threat. Particularly strong with Adorable Infestation, but generally encourages the usage of 1-mana spells such as Wound Prey too. What prevents this card from being utterly insane is that Hunter cannot cheat mana in the way Gibberling Druid does. 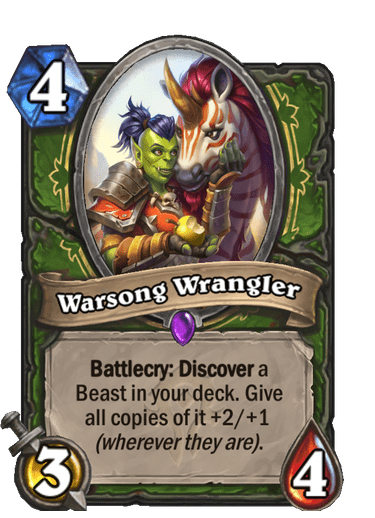 As a standalone card, Wrangler is a 4 mana 3/4 with a draw effect that resembles Scavenger’s Ingenuity, but you have control over what to buff through discover. What’s important to understand is that Wrangler works on every copy of the card you discover, including ones that might be on the board! This makes it less of a negative-tempo card in theory. It seems to work best with Dire Frenzy, in a more value-centric Beast Hunter deck. Could be something there. 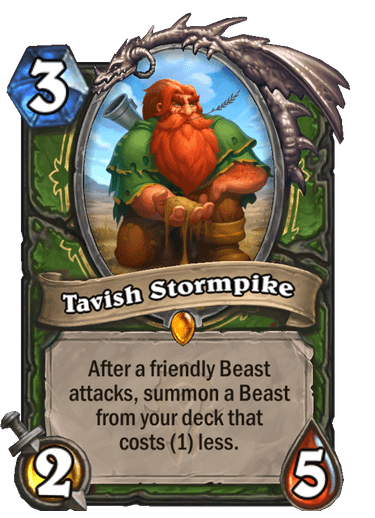 This card is the definition of a tempo-positive play. Can be good on-curve following a turn 2 beast, and simply attacking with it to summon a 1-drop to the board, but its greatest power comes in the mid-game, where its combo with Tame Beast creates a strong turn 5 play. If Hunter had access to more beast minions with rush at the 3 and 2-mana slots (Zixor is the only one), Tavish would be completely bonkers. With the current card pool, he’s just strong. 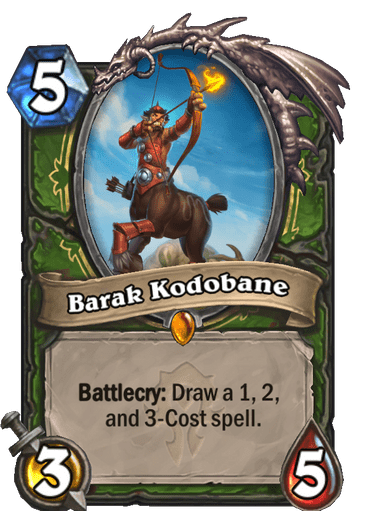 This is a great source of card draw for a class that sorely needs it. The ability to tutor specific spells is also very beneficial, as it allows Hunter a way to squeeze more efficiency through deck building. It’s also a good play on turn 5, since it sets up a 6 mana play with the cards it’s just drawn. The only major problem is the 3-mana spell pool. Hunter’s current pool of 3-mana spells is incredibly weak, so we suspect that this card will get stronger with future sets. Currently works best in a Secret Hunter deck thanks to Petting Zoo, or with a certain neutral legendary we talk about later.

With weak Year of the Phoenix sets as well as an underwhelming Core set, Hunter needed a strong Barrens set to have a chance at competing. It got it. Hunter’s Forged in the Barrens set is wonderfully synergistic and contains so many good cards it can use for the next year or two. From a position where we were wondering what the class was going to do, we’ve ended up super impressed while theorycrafting the class. Hunter is getting everything it needs to succeed.

The early game is boosted by Sunscale Raptor, (the neutral) Oasis Thrasher, and Kolkar Pack Runner. Pack Runner gives Hunter both a serviceable 2-drop threat as well as the potential to swing the board a little later in the game.

Tavish and Tame Beast make for a fantastic mid-game combo that can offer the class comeback potential, alongside Zixor and Pack Kodo.

We expect Hunter’s core shell to be somewhat settled, but it could lean into different directions. It has the tools to build an aggressive burn deck, a more value-centric beast deck, or a secret deck.

Whatever Rexxar ends up choosing, he won’t be alone as he explores the Barrens.