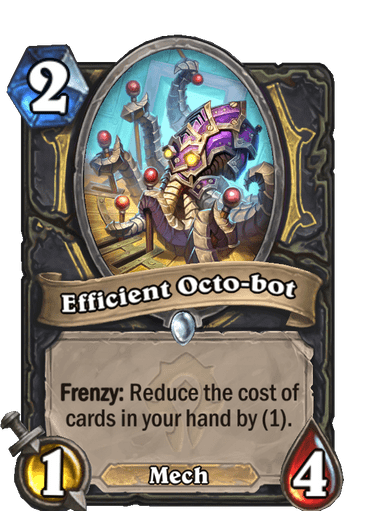 Rogues are notorious for not spending mana on their cards. It seems like they’re not going to spend much mana on their cards in Forged of the Barrens as well. Efficient Octo-bot is a conditional 2-mana Emperor Thaurissan that isn’t a legendary minion. The fact that it has 4 health as a 2-drop makes it absurd, as it’s very difficult for opponents to kill it without activating its Frenzy. Also works with Pen Flinger or Backstab if we want to proc it ourselves. Just an extremely strong opener that can set up blowout turns later. 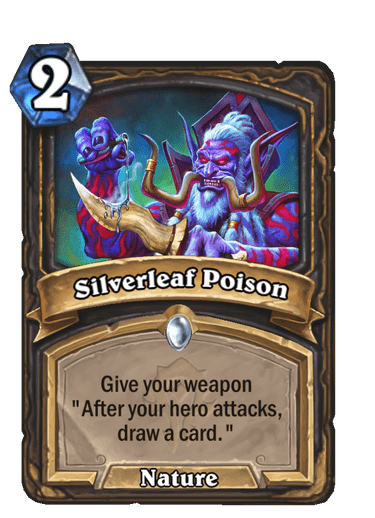 This card’s usage is highly dependent on the success of Swinetusk Shank, offering consistent card draw for a constantly growing weapon. It has pretty much no other use outside of it, as it’s expensive and there are better draw options available for players utilizing other weapons such as Self-Sharpening Sword. We don’t believe that this deck can work for a multitude of reasons, which is why we give it the low score. Could surprise us though. 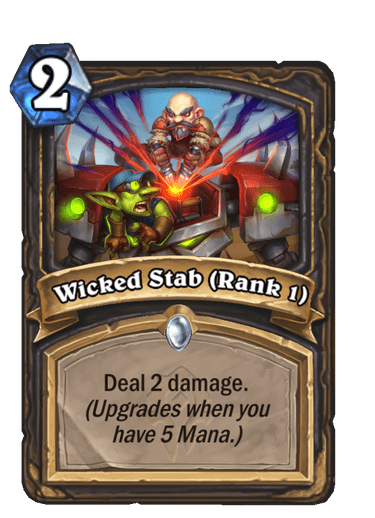 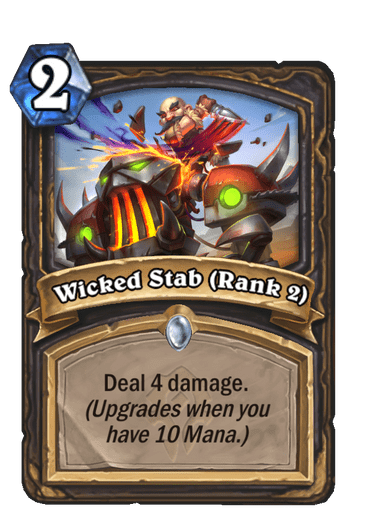 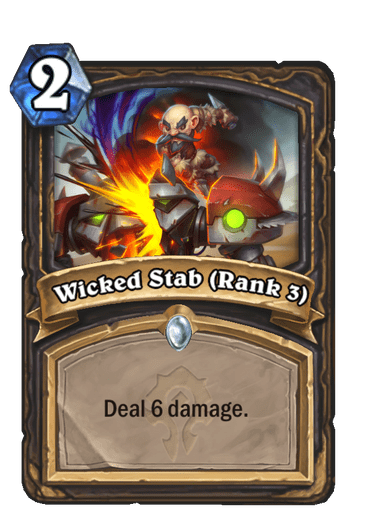 Rogue finds its Eviscerate replacement. Wicked Stab is weaker than Eviscerate early on but becomes a non-conditional 4 damage spell on turn 5, which makes it at least on par with Eviscerate. It also scales into a 2 mana Fireball in the late game, which is nuts and could be quite relevant for Rogue’s ability to close games in late-game matchups. It’s hard for us to think of a Rogue deck that passes on this card. 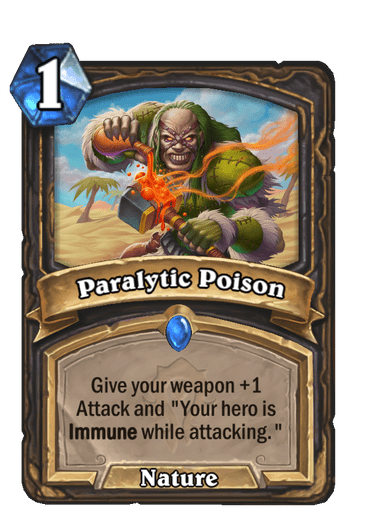 This is an inefficient source of damage on a poison with the upside of immunity when targeting minions. The problem with this card is that we generally don’t want to spend our time as Rogues killing minions with high durability weapons because there will be a point where we get blown out by a big board play and lose the game since we don’t have AOE. Killing one thing at a time isn’t going to carry us forever. This card only works well with Shank in Standard. 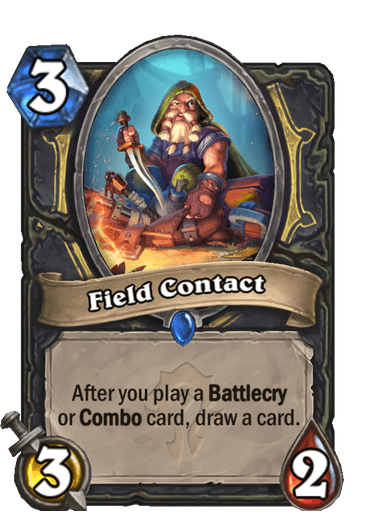 This is one of most jaw dropping cards in the set. Whirlkick Master proved to be a strong enough card in the best deck in the game, and as its replacement, Miracle Rogue is now receiving a stronger draw engine that works with battlecry cards as well. We can’t overstate how superior drawing cards is to generation. Field Contact could become a 3-mana Auctioneer that helps Rogues draw their entire decks with little effort. Unreal. 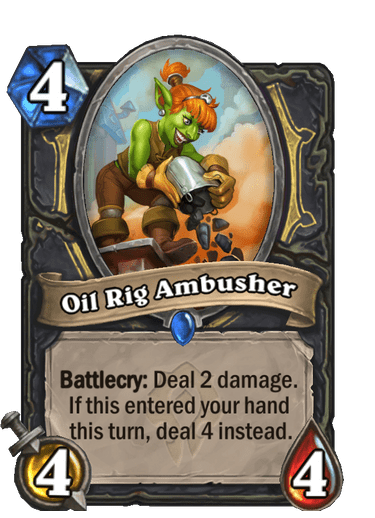 This card deals 4 damage off the draw, Shadowstep or Secret Passage. Otherwise, it’s a 4-mana SI:7 Agent which is certainly not exciting. Likely too slow for Rogue’s current tools and power level. 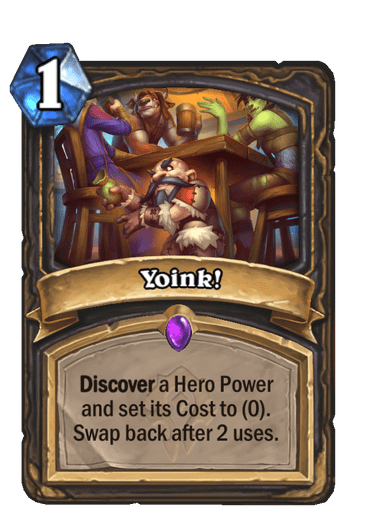 This feels like a card printed to make Rogues generate less copies of Secret Passage off Wandmaker. Sure, some of the hero powers could be nice when they cost 0 mana, such as Hunter or Warlock, but Yoink doesn’t further our game plan in a meaningful way. Hard pass. 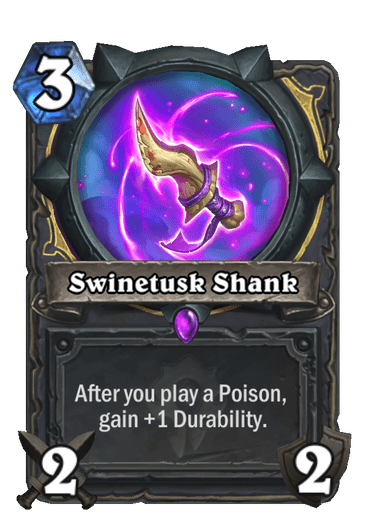 This card is only stronger than Self-Sharpening Sword if we buff it with poisons three times, giving it 5 durability. The purpose of this weapon is to basically never run out of charges, constantly killing enemy minions or dealing damage to the opponent while getting buffed with poisons. This strategy sounds cool on paper, but the numbers of poisons required to make it consistent as well as their questionable quality as standalone cards, make us believe that this deck should have a high fail rate. We’re not convinced. 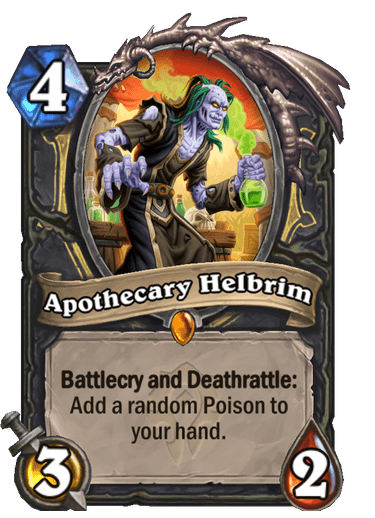 This is a terribly undersized body that generates cards of a low quality on average. Reminds us of Xaril, a card that wasn’t very good. Helbrim only makes sense in the Shank deck since it needs a high density of poisons to maximize the weapon’s uptime. Any other deck is never giving this one a second look. 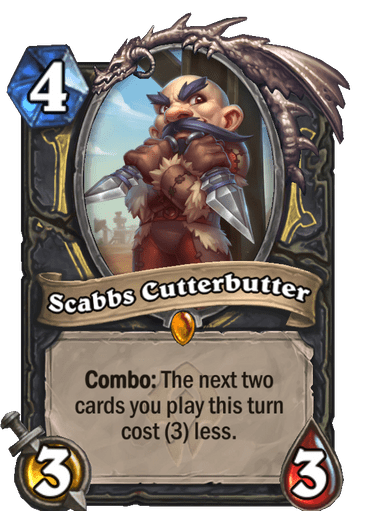 This might be one of the most overrated cards in the set, as players don’t seem to realize that Rogue already doesn’t spend any mana on its cards, so activating Scabbs is hardly a worthwhile payoff for a Secret Passage deck with a low curve. There are some funny combos it can do, but the kind of hand that needs to be present for Scabbs to be strong on turns 4 or 5 is very specific and should be uncommon. Could still end up being a strong enabler for a late game win condition at some point, but Rogue is eyeing a different 4-drop this expansion as its win condition. Scabbs is just a cool distraction.

Rogue was already looking strong entering this year even when taking into consideration its significant losses to rotation. Its Year of the Phoenix sets are strong, and its Core set is still the best one overall, but what’s coming in Forged in the Barrens should reinforce it as the pre-expansion frontrunner in our eyes.

Rogue’s Barrens set has quite a few duds. We don’t think Swinetusk Shank is worth building around considering the amount of support it requires and how underwhelming some of the poisons are as standalone cards. What makes us excited about the class’ prospects are Field Contact and Efficient Octo-bot.

These cards could end up being utterly absurd. We think players are overthinking Octo-bot’s need to be ‘activated’. It’s just going to be a very powerful 2-drop you play on-curve that offers a strong likelihood of accelerating your entire hand. Field Contact is straight up ridiculous, and transitions Miracle Rogue from its recent value generation antics back to its original card drawing maniac form. Both Field Contact and Octo-bot should work perfectly with Pen Flinger, and we strongly suspect that the taunting 1-drop will become a staple in every Rogue deck, after previously featuring in just the aggressive archetype during Darkmoon Faire.

But then you might wonder, how does Miracle Rogue win after drawing its cards? It lost Edwin! It lost Questing Adventurers! Some may suggest a type of OTK through Scabbs/Alex/Tenwu, which seems sketchy (though to be fair, the ETC combo in Warrior also seemed sketchy to us before launch). We think that Scabb is unnecessary, and the best 4-drop Rogue received in the Barrens is Kazakus. The potential synergy with Shadowstep is obvious, and with the amount of card draw available, it should find Kazakus in a high % of its games, and that should translate to a high % of wins.

Expect Valeera to be up there fighting at the top of the meta, but that would hardly be breaking news. After all, when is she not?